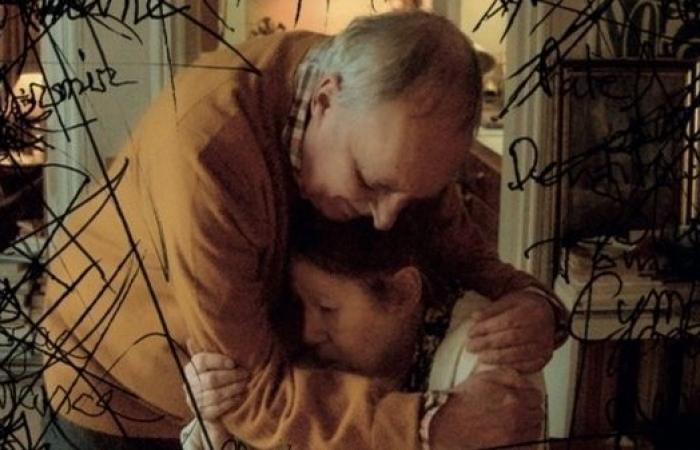 (The 2021 New York Film Festival (or NYFF) is in its 59th iteration and runs September 24-October 10. Here, M.J. O’Toole gives a film review of Gaspar Noé’s Vortex. Like what you see here on Hammer to Nail? Why not give just $1.00 per month via Patreon to help keep us going?)

Gaspar Noé is one of cinema’s most prolific provocateurs, known for his innovative, but truly unsettling filmography. His 2002 film, Irreversible, is notoriously remembered as the highest walked-out-of film in Cannes history. But those who always expect to be shocked on some level by his films might find themselves surprised by the grounded-ness and sensitivity shown in the thoughtful, immersive, and heart-wrenching Vortex. Noé puts into focus heartbreaking tribulations as we are submerged into the final days of an elderly Parisian couple. The opening title “To all those whose minds will decompose before their hearts,” not only foreshadows what’s to come, but will weigh on you after you exit the theater.

A story shot in early 2021 and told almost entirely through split-screens, Vortex unveils the lives of the long-married, unnamed couple at the center, played by legendary Italian horror auteur Dario Argento and The Mother and The Whore star Françoise Lebrun, in slow-burn, real-time tension reminiscent of Chantal Akerman’s Jeanne Dielman. The film’s prologue is brief but lovely, where the couple toast to life on their apartment balcony overlooking the city. From there, through the use of split-screen, the different realities they live are explored from their claustrophobic apartment, to the streets of Paris below. In his first acting role, Argento portrays the husband with sensitivity and desperation in trying to care for his dementia-stricken wife despite being aware that there is no cure for her ailment. He is an aging film critic trying to write a book about films and dreams. In a heartfelt, nuanced performance, Lebrun is a retired psychiatrist who constantly loses track of where she is, and who she’s talking to. In a scene where the husband frantically finds his wife on the streets of Paris after she gets lost in a labyrinthian store, he scolds her for going out alone with her condition. This moment highlights his feelings of love, concern, and bitterness towards his wife amidst the inconveniences his wife’s illness causes him.

At times, their grown son Stephan (Alex Lutz) tries to lend them a hand despite his own personal struggles with substance abuse, and having to worry about his hyper toddler son (Kylian Dheret). He tries to convince his parents to move to an assisted living facility where they would have better care, but his father firmly refuses to abandon the home he and his wife shared for more than half their lives. In the midst of these grim circumstances, the husband repeatedly tries to contact his mistress for emotional support, to no avail. This is something Stephan seems to be aware of, but doesn’t condemn his father for. These may be the most pragmatic of Noé’s characters, as opposed to the protagonists in his past films who were led by their vices and toxic relationships.

With the use of split screen, the film presents the series of events that unfold in a way that acclimates the viewers to its natural surroundings, thanks in part to Benoît Debie’s cinematography. But watching them on the dueling frames invoke the atmosphere of anxiety that Noé expertly generates. One instance is an extended heart attack scene where one character stumbles from one room to the next wheezing intensely, while another character sleeps soundly unaware of what’s happening. Even when the wife “tidies up” her husband’s study (tearing up his work and throwing it out) while he obliviously showers, the split-screen technique keenly puts the two moments together in a suspenseful manner.

Even as we witness the slow descent of this couple, we cannot help but feel a sense of sorrow for them as we the viewer have been submerged into their world and gotten acquainted with their dim, book-filled apartment. In Vortex, Gaspar Noé succeeds in having events unfold in a vérité manner, and makes the experience even more immersive than his 2015 film Love (sorry folks, no close-up 3D ejaculation here). Cult cinema fans might be delightfully surprised at how Dario Argento presents himself as an actor, giving a fleshed-out performance as someone late in his life dealing with the pressures from both life at home and life at work. But it is Lubrun’s summoning of her character’s fear, confusion, and gentleness that makes her performance stand out more and make you believe this is real. And it likely will be for many of us at some point in life. In his most somber and restrained film yet, Noé reminds us that pain and suffering is within reach, if not inevitable. Vortex is a new achievement for Noé, and in a way, a striking expansion of his cinematic universe.