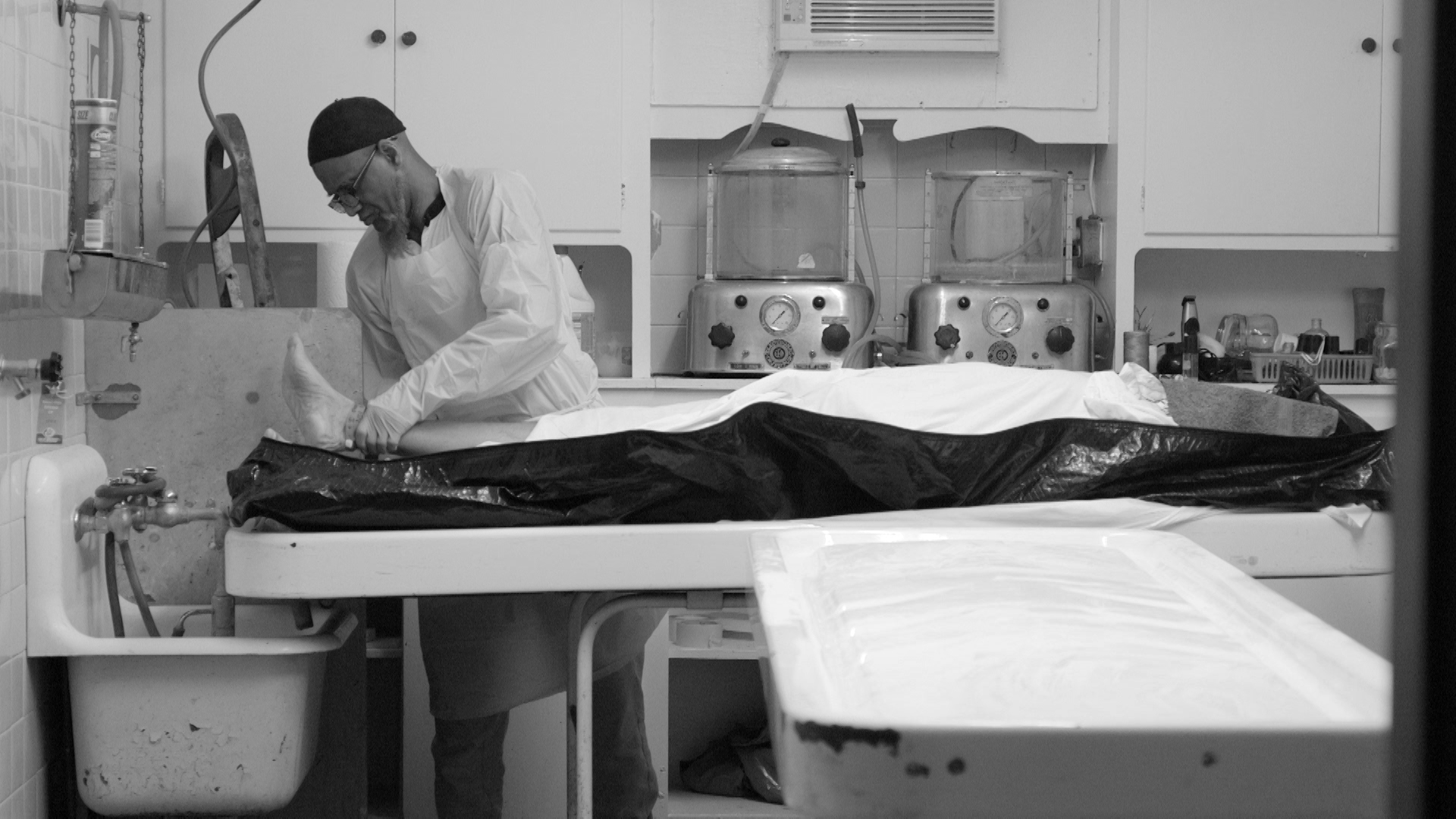 (Well regarded documentary based film festival Hot Docs had their 2020 festival online. You can stream many of their programmed titles on their website. Like what you see here on Hammer to Nail? Why not give just $1.00 per month via Patreon to help keep us going?)

“Surely we belong to God and to Him we shall return.” So reads the opening epigraph of Two Gods, the directing debut of Zeshawn Ali. It’s a phrase from the Quran, and succinctly sums up the redemption narrative at the heart of the documentary. In a brisk 82 minutes, we follow the story of Hanif, a Muslim man living in Newark, New Jersey, who, when we meet him, is hard at work building caskets and washing bodies for his local mosque. A kind, if occasionally gruff, fellow, he also mentors kids in the neighborhood, making sure they make it through the tough years of adolescence in one piece. He should know how hard it can be, for he has a troubled past, as we soon learn.

Though we don’t actually discover that many details, as it turns out, merely that Hanif is an addict in recovery, with an arrest record. That history drives his insistent tutelage of Furquan, 12, and Naz, 17. The former is increasingly adrift, at home with his mom and her abusive boyfriend, while the latter finds it ever harder to avoid the temptations of life on the street among his peers. It’s good that they both have Hanif looking out for them, though their families have not yet abandoned them, but when he relapses, that complicates things further. Will Hanif spiral as out of control as he once was?

Firmly embedded with his subjects, Ali plunges the viewer into the raw intimacy of the three lives he profiles, photographing body parts, alive and dead, at a simultaneous proximity and remove. He even follows Furquan down to Taylorsville, North Carolina, where he moves in with his aunt to avoid the growing problems in Newark. With his fly-on-the-wall camera and minimally sensed presence (though we do hear his voice upon occasion), Ali expertly gathers footage to profile the travails and personal growth of his protagonists. It’s a moving, profound odyssey.

And what of these “two gods”…who are they? Furquan ends up in church down south, adopting the ways of his new community, though he never forgets his roots. Is he Christian, Muslim, both, neither? Is Hanif torn between his drugs and Allah? And Naz, what conflicts eat at him, beyond the pull of rebellion and resultant resentment at the system? All of these questions swirl vividly in our minds throughout the course of the movie, never quite resolved but always addressed. It’s the best kind of cinema, always searching for answers but letting the viewer decide what they are.