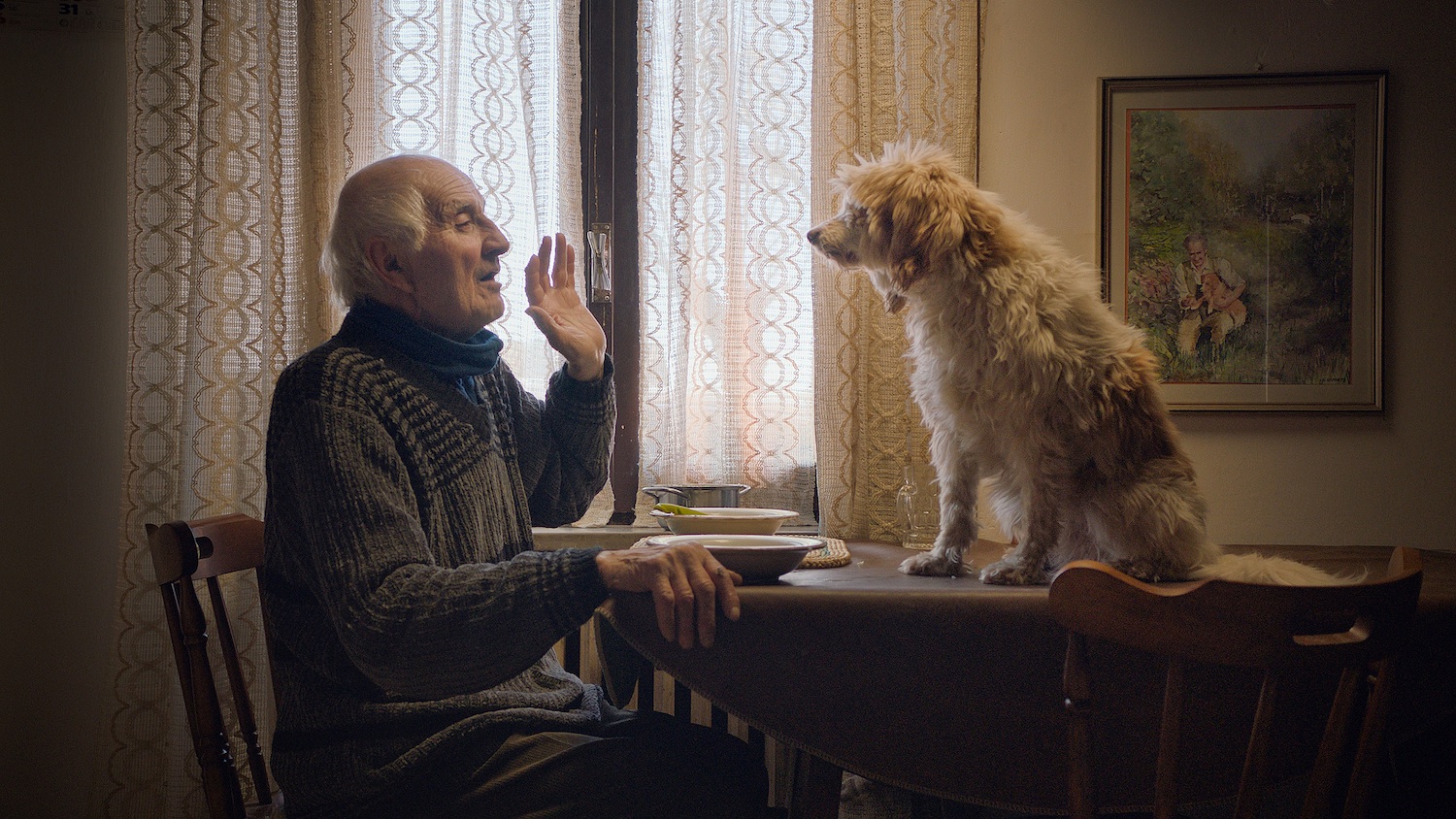 As we enter the third decade of the 21st century, we find documentaries of an ever-increasing variety and aesthetic. Irrespective of story or style, most act as a showcase of the versatility and quality of modern digital-cinema equipment, allowing filmmakers to create images of uncommon beauty, even on small budgets. From films like the charming 2017 Kedi, following street cats in Istanbul, to the more somber 2020 Space Dogs, about stray dogs in Moscow, directors avail themselves of impressive tools that, coupled with their talented eyes, lead to stories as visually striking as they are narratively profound. Now comes The Truffle Hunters – another animal-centered movie, while we’re on the subject – from Michael Dweck and Gregory Kershaw (The Last Race), which brings the viewer to the Piedmont region of northern Italy to explore not only the world of the titular trade, but of the men and dogs who ply it, sometimes to tragic ends. The times, they are a-changin’, and beautiful new cameras notwithstanding, that is not always a good thing for those caught in the middle.

But for us, it’s a charming sylvan odyssey, travelling the woods of the region in the company of eccentric characters accompanied by their specially trained canine helpmates. The symbiotic relationship between dog and man is at the forefront, even more so than that of husband and wife (if they have one). They’re all getting older, with very few of the next generation around to learn the traditions; then again, these grizzled veterans are not always willing to teach, as we see when one octogenarian stubbornly refuses to give up his secrets to a would-be apprentice. And yet they soldier on, conscious that their days are limited yet unwilling to stop. It’s what gives life meaning. Sure, the actual truffle is important, but even more so the experience, animal and human acting together in lovely concert.

Not all is peaceful in these lush, verdant lands, though, for recently, outside competitors have begun laying down poisoned bait in an attempt to stop the old-timers and break into the traffic, themselves. While nothing bad happens on camera, dogs do die this way, including at least one we have seen in action. These attacks have even successfully stopped one of the protagonists from continuing, so angry is he and concerned about the safety of his pack. There’s little one can do beyond file a police report, buy a muzzle (to keep a dog from being able to eat the bait) or cease and desist. If this is your existence, though, that makes it hard to stop.

What is a truffle, anyway (and we’re not talking about the chocolate here)? It’s a type of subterranean fungus that grows on the roots of trees, and is therefore a sort of cousin to the mushroom, and if you’ve never had one, you’re definitely missing out (it’s usually served as a garnish or cooked into other food, such as an omelet). The difficulty in harvesting them wild, coupled with unsatisfying results in domesticating them, is what makes them expensive, coupled with the fact that most of them grow in specific regions of either Italy (the white variety) or France (the black variety). Dogs, with their superior sense of smell, are able to locate them after suitable training (apparently, pigs were once used, but they couldn’t be stopped from eating the truffles, once found). Beyond the hunters, we also encounter one of the buyers, and see how much he marks up his wares once he turns around to sell them to restaurateurs abroad. There’s a lot of money to be made, hence the territorial aggression and poisoned bait.

For the majority of the time, we are in the woods, watching dog and man at work, beautifully photographed in gentle harmony. Dweck and Kershaw even delight us a few times with a “doggy-cam” (a GoPro or some such device attached to a dog’s head), whereby we follow a dog in his energetic sniffing and digging. It’s simple, but lovely. Indeed, the documentary insists that, rare treasures notwithstanding, what counts in life are these exact kind of uncomplicated pleasures. People chat, dogs dig, the forest rustles. What more does one need?