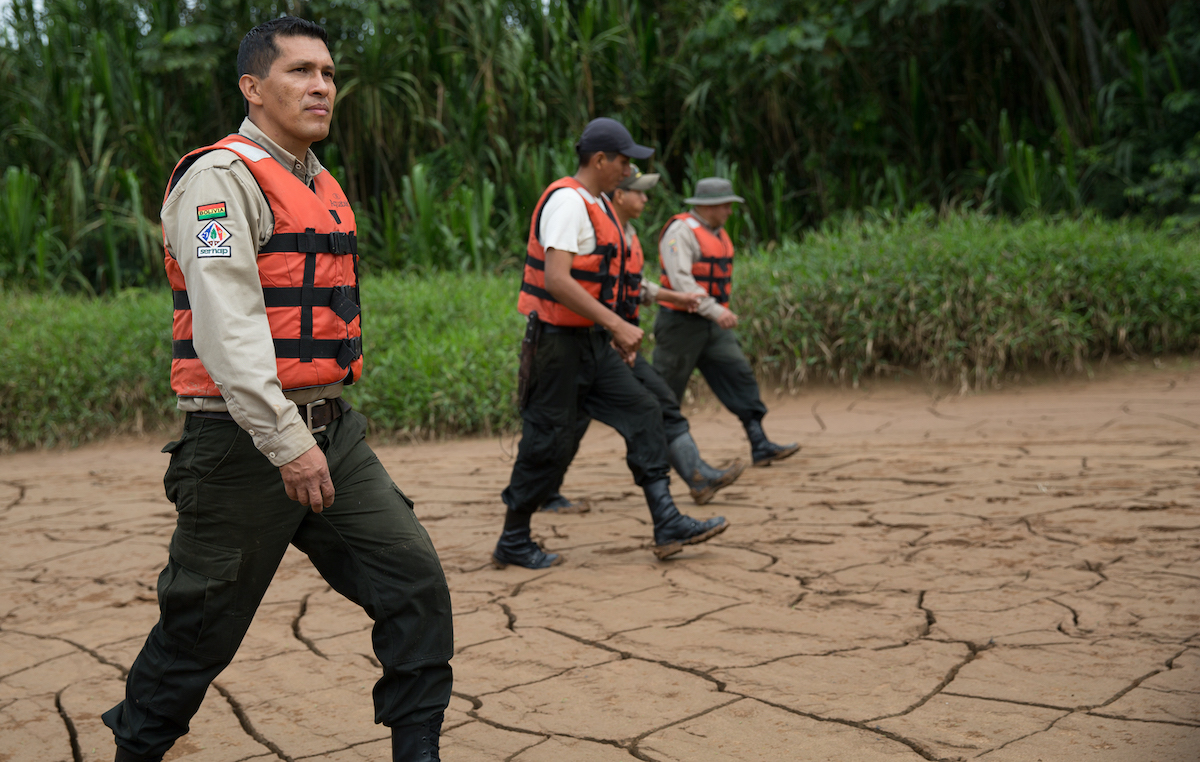 A beautiful film about an ugly set of facts, Tigre Gente is the latest entry in the sad reality show of humans destroying the planet. More specifically, the focus here is on the hunting of an endangered species, in this case Bolivia’s jaguars in Madidi National Park. As with so many other animals, extinct and/or soon to be so, the demand for their body parts is fueled both by economic desperation and ancient practices, here traditional Chinese medicine (or TCM – see the 2019 Sea of Shadows for an even more disturbing look at a similar problem). Director Elizabeth Unger takes us on a harrowing journey into the illicit black-market trade that threatens the jaguars’ survival, as well as all the way to China, where a brave female journalist works to expose the forbidden traffic.

I have seen one too many movies about our dying world to choose to watch a new one with any great excitement. Should you feel the same, approach Tigre Gente with trepidation. Nevertheless, unlike in the traumatic 2009 Oscar-winning The Cove, where we witness dolphins being slaughtered (images that have never left me since), in this new documentary we stay almost entirely with the humans, witnessing the jaguars only in B-roll footage and in the teeth destined for Chinese shores. It’s depressing, but it’s not visceral in the same way.

We start in the gorgeous terrain surrounding the Madidi River. One thing that 21st-century technology allows is for talented filmmakers like Unger to deliver stunning images, and when one is blessed with rugged landscapes like these, it makes for a series of lovely shots. There, we meet park director Marcos, whose team (distressingly unarmed) chases down poachers (who, themselves, are armed); or at least they try to, but those poachers get away. Still, Marcos is not without smarts and ideas, and he figures out how to follow the trail to its next stage. He and his fellow rangers eventually arrive at a Chinese restaurant whose owners are the ones shipping materials abroad. Score one for Marcos.

Meanwhile, in China, investigative reporter Laurel pursues her own leads, discovering teeth and other jaguar paraphernalia (sometimes labeled as tiger parts, which are more valuable) in Myanmar. She also visits with the head of a TCM school, trying to understand whence the need to possess and imbibe these materials. Her own mother informs her that she gave Laurel powder from other endangered species when she was a child; the traditions run deep. And given China’s not-so-distant past of subjugation at the hands of outside powers, there’s a well-entrenched reactionary nationalism that makes it hard to dispel the notion that one’s beliefs may be problematic. To be fair, this is hardly a problem unique to the Chinese: tribal affiliations and pride are a human condition.

All of these complicated issues mix and come together in Tigre Gente, the title of which comes from a Bolivian legend of how a person can become a jaguar. It’s the perfect appellation, for if only we could all walk in the skin of the hunted, we might have less inclination to hunt. For now, hard as it may be, we should definitely watch more films like this to remind ourselves of the damage done to the planet in our own species’ name. And when we can act, as do Marcos and Laurel, we must heed the call.