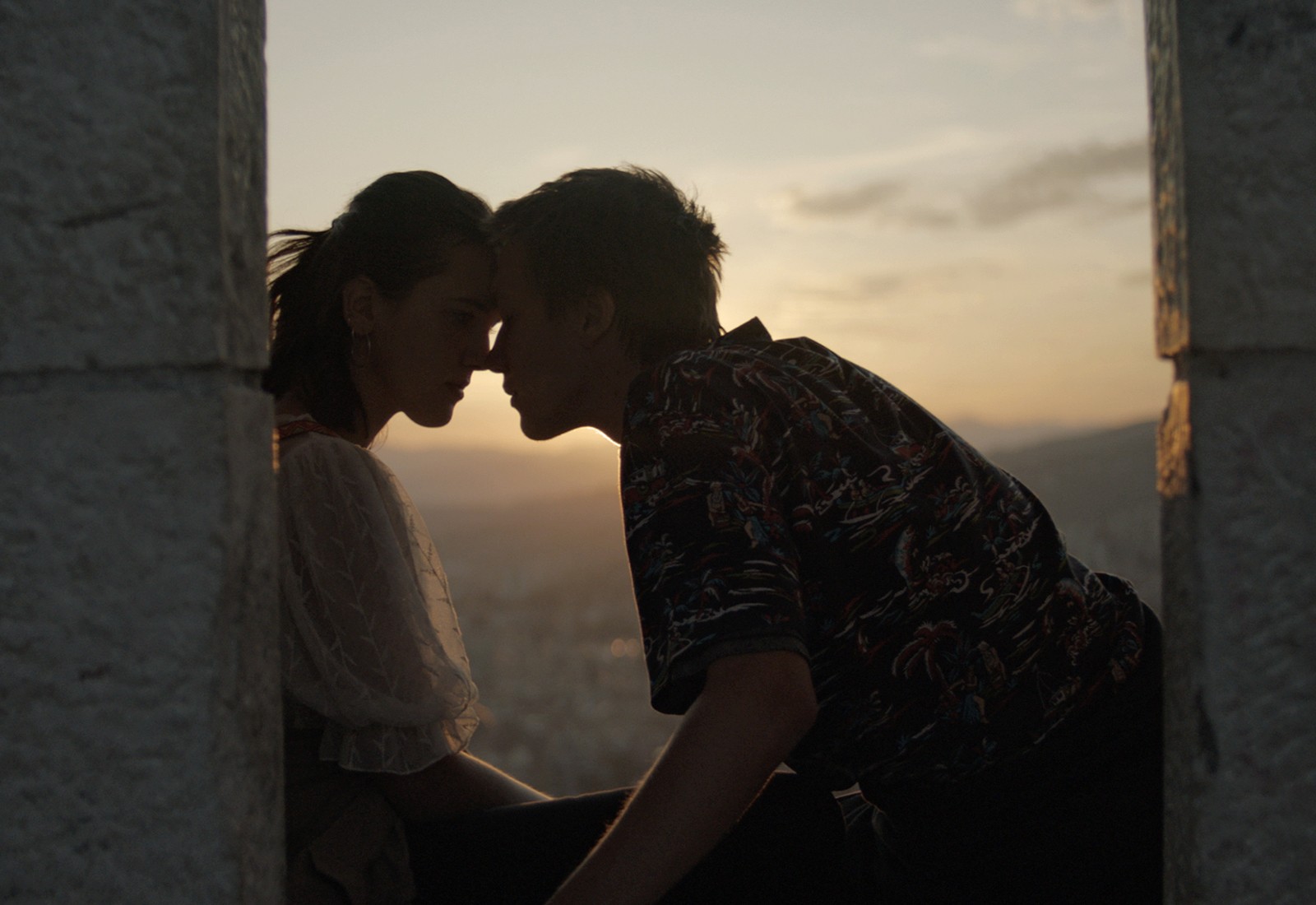 (Check out this movie review of The White Fortress, it was Bosnia and Herzegovina’s selection to represent them at the 94th Academy Awards. Seen it? Join the conversation with HtN on our Letterboxd Page.)

Director Igor Drljaca’s The White Fortress opens with images of despondency. We see a landscape of urban decay comprised of drab apartment buildings and scrap metal yards. A street dog wearily stares at us. This is certainly not the tourist-bureau-approved image of Sarajevo. And why shouldn’t Drljaca present Sarajevo in such morose tones? The city’s recent history has been one of fracture and woe. But even in this setting the most fragile of all phenomena is capable of growing—young love.

Faruk (Pavle Čemerkić) lives in a small apartment with his sickly grandmother. He barely makes a living by helping his uncle sell scrap metal. His uncle’s advice when it comes to scrap metal is both pragmatic and perhaps allegorical— “Don’t mix aluminum and iron.” Faruk supplements his paltry earnings by working as a driver for a shady criminal involved in the flesh trade. When Faruk improvises on a job, the big boss pressures him to rectify the mistake by finding him a new girl.

One day, in quintessential young adult fashion, Faruk is aimlessly hanging out at the mall. That is where he meets Mona (Sumeja Dardagan). He is instantly smitten. He gives her his number in the hopes that she will text him. Surprisingly, she does. I say surprisingly because Mona is from the other side of the tracks, the more affluent side. She takes English lessons, lives in modernist house, and her parents are part of Bosnia’s political class. Her family—ironic given Faruk’s side hustle—even has their own chauffeur. Mona feels alienated from her parents and surroundings. She, however, is not just different from Faruk in terms of social class. Their personalities could not be more different. Faruk’s hustler lifestyle contrasts with Mona’s scholarly and poetic ways. While Mona believes in love as something that gives us a sense of belonging, Faruk clings to cynicism when it comes to love. As he tells Mona, “Love is a luxury.”

Even though there is nothing groundbreaking about The White Fortress, the narrative, along with the fairy tale elements employed in weaving said narrative, effectively unfolds thanks to Drljaca’s script and direction. Both young actors give solid performances. We see Faruk go from cynic to falling head over heels for Mona. You cannot help but root for their love to persist amidst all the ugliness that surrounds them. That ugliness, unfortunately, still manages to hover over Faruk as his criminal boss persistently pressures him to provide him with a young woman. Thankfully, Faruk’s cynicism is conquered to the point where he wants to separate himself from all criminal elements.

Sarajevo is one of the most beautiful cities I have ever visited. It may be my aesthetic idiosyncrasy, but there is just something very striking and magical about a city surrounded by mountains. But, when you’re there, you cannot help but learn about the city’s recent tragic past. The famous Stari Most (The Mostar Bridge) was blown up during the Balkan conflict. When Faruk watches an old WWII movie depicting the blowing up of a bridge, every Bosnian, including visitors like me, cannot help but think of Stari Most. It is that mix of beauty and tragedy that makes any visit to Sarajevo bittersweet. It is this ambiguity of feeling that offers further appreciation and understanding for the allegory The White Fortress is attempting to convey.  Sarajevo’s history involving invading forces, war, and tragedy has left scars on the city. The city’s post-war history has also been far from rosy. It is understandable why those mountains may feel suffocating for someone like Faruk. Mona’s parents want to send her away to Canada. She, unlike Faruk, does not want to leave Sarajevo. Can she be blamed? Any poetic soul full of love would find it hard to leave such a magical city. The White Fortress is retelling a universal story. When it is told in such fashion, it never seems to get old.