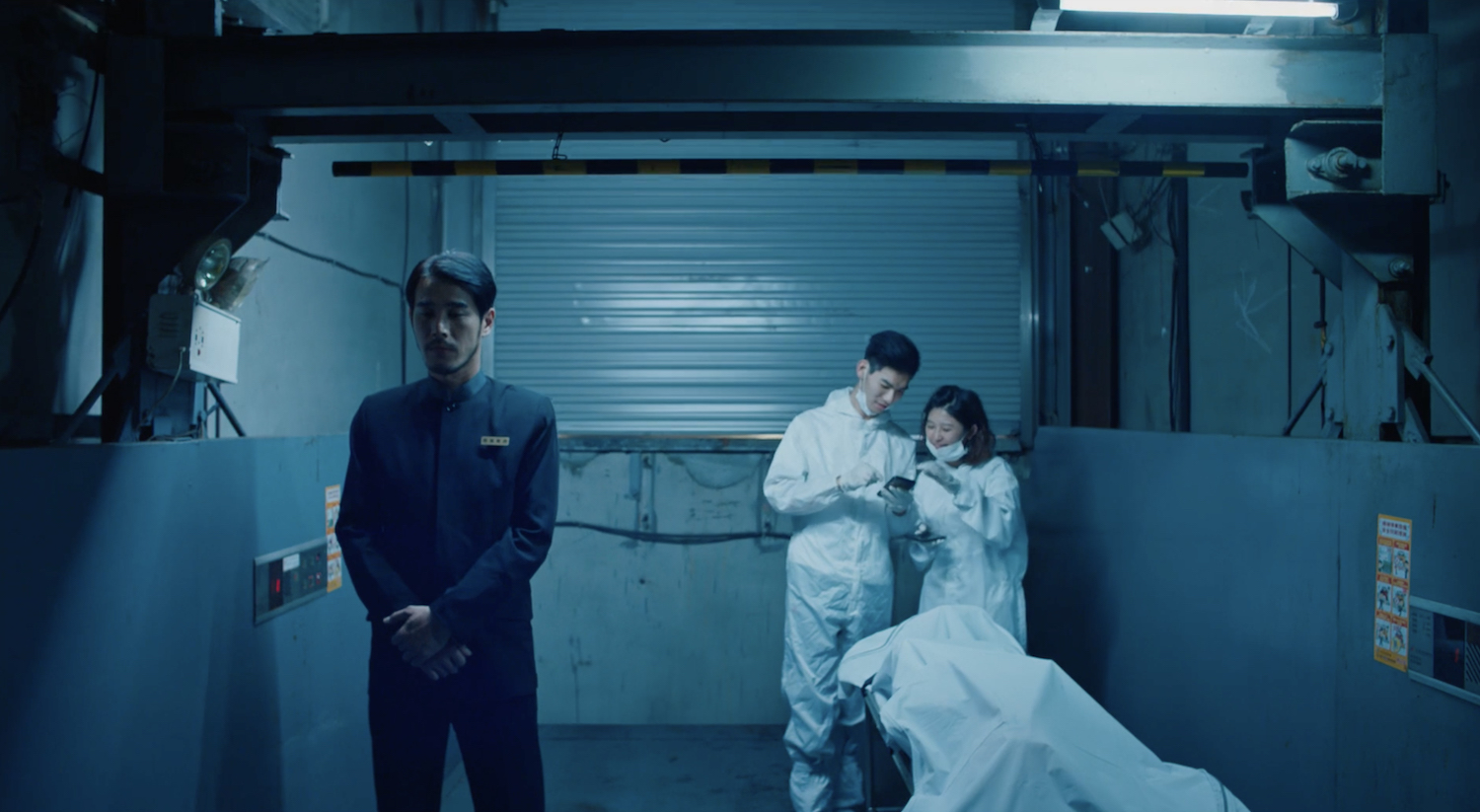 (The 2021 Slamdance Film Festival kicked off February 12 and ran through February 25, all online. Like what you see here on Hammer to Nail? Why not give just $1.00 per month via Patreon to help keep us going?)

A short feature, at just over 45 minutes, Taipei Suicide Story is nevertheless a powerful one, its tale of depression and its consequences resonating long after the desolate conclusion. The action, such as it is, takes place in a “suicide hotel” in Taiwan’s capital city, where melancholy residents can go to take their own lives. It’s all done by the books – officiously, even – guests checking in and then…never checking out, their corpses disposed of in the morning and their rooms cleaned and disinfected before being made ready for the next visitor. Everything is efficiently managed, human emotion barely entering into it for the staff. Director KEFF (aka Kevin Wong) tells his woeful take with meticulous staging and sound design, the entire affair just what the concierge ordered. Until, that is, the concierge, himself, is affected.

For that is what happens after a hotel guest refuses to fulfill her side of the deal. She is discovered, after a week, by one of the cleaning crew, who brings it to the front desk’s attention. There, our protagonist, the concierge, does not take well to the news, entering her room in a fury. How can she be so inconsiderate? Does she not understand that the entire system collapses if people don’t follow the rules? One is welcome to not commit suicide, of course – nobody minds death being cheated – but to simply remain, in existential limbo, is not allowed. And yet, something about her calm indecision and quiet manner touches the man, and he gives her one more night to make up her mind.

So begins a brief intimacy between the two, as they walk to the local 7-Eleven for food, sharing childhood stories and developing a rapport. Slowly, without quite realizing it, the concierge finds himself increasingly drawn to her. She likes him well enough, too, though not perhaps enough to choose either path on his account. And so the night goes on, even as the concierge’s older supervisor warns him about the consequences of becoming involved: “Burying a stranger is much easier than burying a friend.”

With devastating precision, KEFF walks us towards the only ending that makes sense. The why, how and legality of this euthanasia center is never discussed, though we learn that there were protests when it first opened. The gruesome details of various deaths are occasionally mentioned (certain ones being harder to clean up), but mostly the movie adopts an off-camera approach to the more upsetting aspects of the narrative. Still, by the end, this assured (almost feature-length) debut proves that big effects come in small packages. With its meditation on hopelessness, Taipei Suicide Story reminds why life is worth living in the first place.