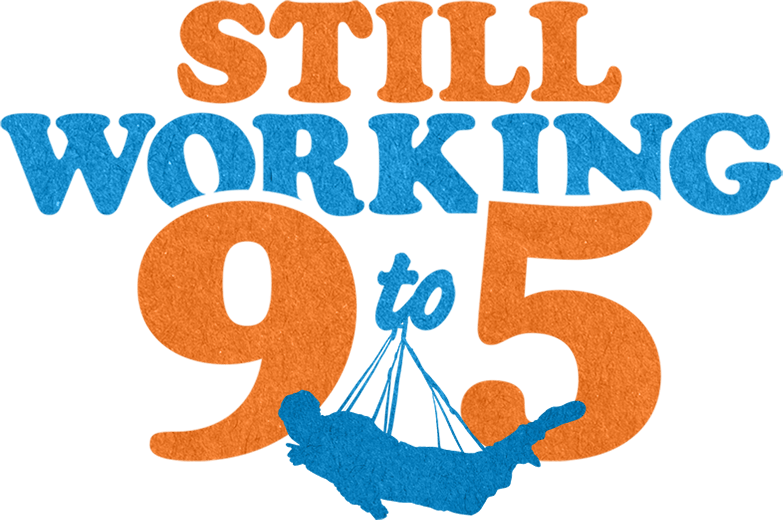 (The 2022 SXSW Film Festival runs March 11-20 in glorious Austin, Texas. Check out Melanie Addington’s movie review of Still Working 9 to 5. Join the conversation with HtN on our Letterboxd Page.)

Spoilers; If you have never seen the film 9 to 5, this talks about the plit a bit and that may spoil the fun for you. But it has been out for 42 years so now is the time).

Forty-two years later, a film that revolutionized women’s roles on film still beats true today and acknowledges the bumps along the way and what the future still holds. In director Camille Hardman’s Still Working 9 to 5, a documentary that world premiered at South by Southwest in Austin, the cast, crew and producers reminisce on the making of the film 9 to 5 before pivoting to focus on the ongoing issue of the Equal Rights Amendment.

The movie title rang true as the Equal Rights Amendment protesters in the early 70s had called themselves the “9 to 5 crew.” Protesting for women to be paid the same as men was just one of the many issues in 1970 and worker’s rights overall another hot button topic. But overall the women fighting for equality were asking Congress to consider women to be added into the Constitution. A fact that still has not happened (as of this review) and many girls never learn about in school today.

But lead Jane Fonda knew in the late 70s that even as a feminist if you called something a “feminist propaganda film,” no one would watch. So when Lily Tomlin and Dolly Parton signed on, they knew, they had a comedy in the making. All three agreed to be star before a script was written. For Dolly Parton who had never acted before, her concern being from the South was speaking up on such rights (a concept for those of us who know Dolly Parton know) seems ludicrous for her, an outspoken strong woman. But as the Southern in the group, it is addressed briefly the types of questions she got on even knowing Jane Fonda let alone starring in a film with her. A fact that parallels real women’s experiences in the 70s as ERA movement began to grow and so many, including Southern women , weaponized against feminists.

A comedy that audiences today can still appreciate. Producer Bruce Gilbert agreed that taking a serious issue and shifting it into a comedy was harder than many would think. Kind of like being a secretary? Inspired by Preston Sturges comedies (he wrote Oscar winning The Great McGinty), and bringing in Harold and Maude writer Colin Higgins to tighten up the  script, originally written by Patricia Resnick, led to comedic timing that makes the film. Holding a mirror up to reality is farcical. The combination of their two voices worked. Some of the lighter lines concerned Lily Tomlin as her first instinct was to assume she wasn’t hitting the mark. But as we know, she was.

After seeing Lily Tomlin perform on a stage, Jane Fonda heard Dolly Parton on the radio with Two Doors Down. It hit her that both of them had to be in the film. As producer, she and Gilbert cast the movie before it was written, something Gilbert said he had never done and has never done since. Resnick was hired next and informed the script with her own experiences including when she interviewed for a secretary job. After rewrites, a film was in place to shoot. Then on day one, Tomlin tried to quit, feeling her performance wasn’t up to snuff. Her partner, Jane, encouraged her to stay on board or Gilda Radner would replace her.

With back and forth comments on the relevance of the film’s message today, we begin drifting from the film to talking about the failed television series starring Rita Moreno and why it changed from the film with male executives and different writers. In the 1980’s the women’s ERA movement was slowed down by a corporate male dominated America. It was not again until the 1990s when Anita Hill protested against sexual harassment from Clarence Thomas that it ignited something again in women who began running for Congress to make change.

Then came the new Broadway musical about the show starring Allison Janney, Megan Hitty and Stephanie Block. It was light-hearted and somewhat out of touch with the current times. The play was financially backed by Harvey Weinstein. Not a mic drop at the time, today’s audiences hear this reveal knowing the context of what comes next: the “Me Too” movement.  Right before this, around the time of the play the Supreme Court killed the chance in 2007 of ERA passing but not without a powerful dissent written by Ruth Bader Ginsburg, which led to women stepping up and eventually Lily Ledbetter’s Fair Pay Act coming into play.

The film is not perfect as it doesn’t give much context to Phyllis Schlafly and her anti ERA movement of the 1970s and a big fault lies in giving Alyssa Milano the “Me Too” hashtag credit. Her amplification of it helped but Black activist Tarana Burke who started it in 2006. But it gets the message across on the implications, fall out and leading to 2020 when Weinstein was convicted and the pandemic kicked off. With discussion of essential workers, the equal rights movement was back with a vengeance for all workers. The documentary reminds us that the World Economic Forum found in 2019 that women still made 68 cents to the dollar made by the male counterpart. But doubles down that for someone such as a Latina, she doesn’t just make less than men, but less than white women. The inequality remains a widening gap. The pandemic also damaged mothers, especially mothers of color more, as they managed to balance their day job with taking care of their kids at home, often all at the same time, leading to burnout in less than two years.

Unlike the movies, not everything is wrapped up with a red bow. Until January 2020, the country did not have it’s 38 states to ratify the constitution. As Congress sits now, they’re considering reopening the ratification as we look out on a female Vice-President and 27% of Congress seats filled by women all without Constitutional rights. America remains a Constitution written for only the White man today.

As the infamous Dolly song reminds us, “It’s enough to drive you crazy if you let it,” a line that stands out even more in the 2022 new mix of the song with Parton and Kelly Clarkson.

The film ends with a plea, just as President Biden gave in January of this year.

“We must recognize the clear will of the American people and definitively enshrine the principle of gender equality in the Constitution. It is long past time that we put all doubt to rest. I am calling on Congress to act immediately to pass a resolution recognizing ratification of the ERA. As the recently published Office of Legal Counsel memorandum makes clear, there is nothing standing in Congress’s way from doing so. No one should be discriminated against based on their sex—and we, as a nation, must stand up for full women’s equality,” President Biden January 27, 2022.

Still Working 9 to 5 premiered at SXSW 2022 with distribution plans not yet announced.