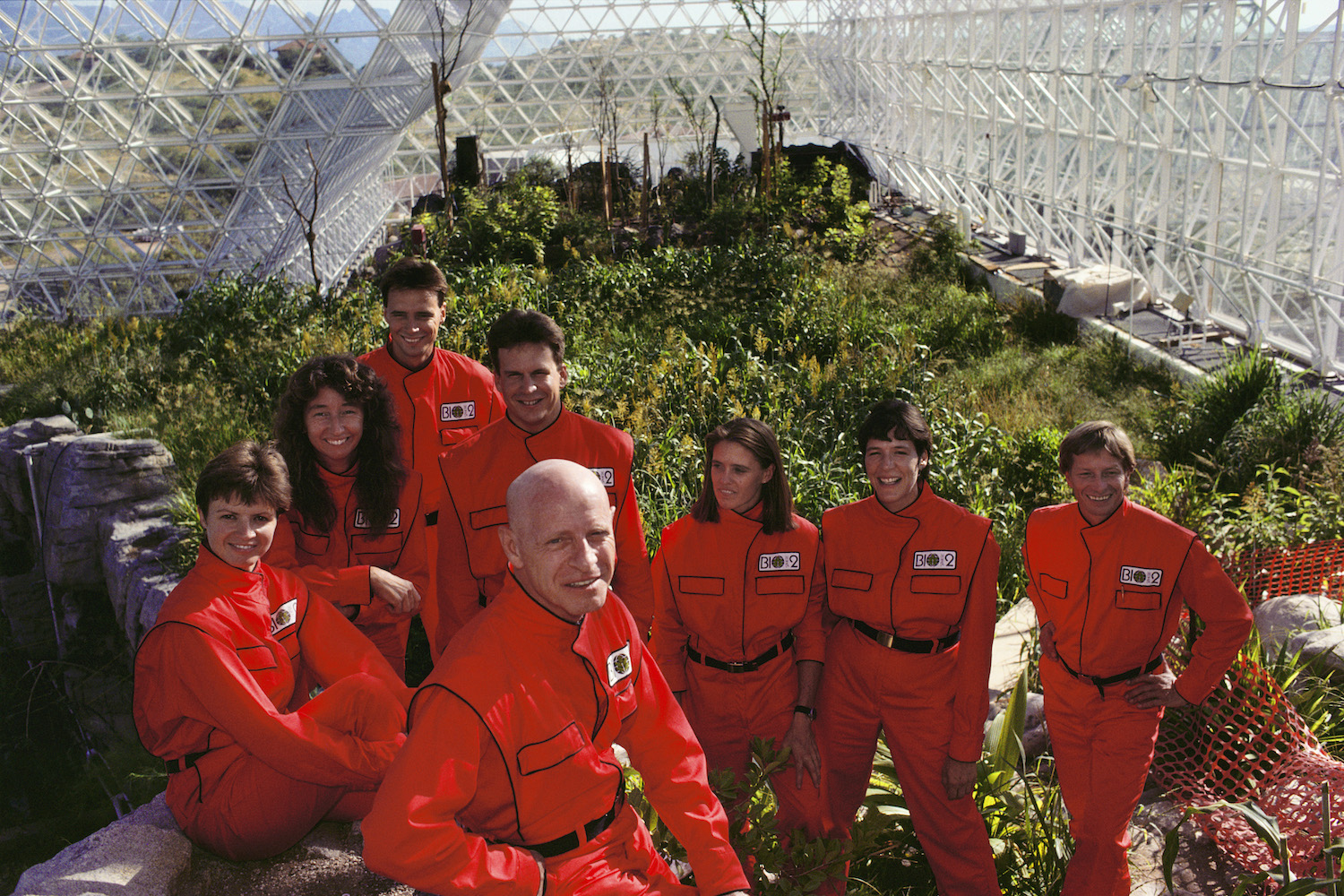 (After it’s world premiere at the 2020 Sundance film festival, Matt Wolf’s documentary Spaceship Earth drops on VOD Friday, May 8 via Neon Releasing. Like what you see here on Hammer to Nail? Why not give just $1.00 per month via Patreon to help keep us going?)

Once upon a time, there was a cult-like group that followed their leader into space, journeying into the unknown on a leap of faith. Two years later, they returned, a little the worse for wear but proud of their accomplishments. They led the way; let others now follow! Ignore their results at your own peril, for the denizens of Spaceship Earth, the new documentary from director Matt Wolf (Recorder: The Marion Stokes Project) have not toiled in vain, and will not be sidelined by so-called scientific experts. Only they know the one true way.

To be fair to this fascinating movie’s subjects, the above description is not at all how they see, or saw, themselves. Back in 1991, in Oracle, Arizona, these members of a communal group (with corporate leanings) undertook a project they had been developing for years: to send 8 carefully chosen volunteers into an isolated world within our world, named Biosphere 2 (the Earth being the first biosphere), in the hopes that their stay within would generate information useful for the planning of human habitation on other worlds. Built out of large interconnected geodesic domes, with the goal of complete self-sufficiency from outside interference, Biosphere 2 was a lofty fantasy, potentially destined for greatness…or failure.

As fascinating as the above concept might sound, we don’t actually enter the place, barring an opening prologue, until halfway through the movie. Instead, we spend the first hour getting to know guru-like John Allen, aka “Johnny Dolphin” (they all, without any explanation, have nicknames), who in the late 1960s began to gather around him willing, idealistic souls in a collective, the aim of which was amorphous beyond the desire to seek alternate ways of being. We meet all the surviving members of this founding group, including Kathleen Gray (aka “Salty”); Marie Harding (aka “Flash”), who married Allen and filmed much of the early archival material we see, in 16mm; William Dempster (aka “Freddy”); Mark Nelson (aka “Horseshit”); and others. They seem nice enough.

Together, they built an ocean-going vessel, the Heraclitus, traveling the world on various community- and business-building missions. They also founded a ranch compound, Synergia, in New Mexico, and more. Their main objective seemed to be self-sufficiency, and they do not appear to have spent much time proselytizing or recruiting new folks to join, preferring to casually add to their numbers those who found them. Allen was their spiritual guide, but was it a cult? They certainly don’t think so.

And then, somehow, they hooked up with a Texas billionaire, Ed Bass, who infused their enterprises with much-needed cash. When Allen, long inspired by the Whole Earth Catalog of the late 1960s/early 1970s, decided that it was humanity’s destiny to end up in space, he was able to persuade Bass to fund the construction of Biosphere 2, where, at the exact midpoint of the film, we return to walk through its doors and see how the experiment worked. This is ancient history, by now, so is it spoiling the surprise to say that things didn’t quite go as planned?

And yet Biosphere 2 is still around, so something came of it, just as something came of Allen and his group, still together today, back at Synergia. They remain a mystery, despite the two hours we have spent with them. What binds them so closely? Indeed, if this absorbing film has a weakness, it’s that we leave it still unsure of the motivations of all involved. More than the riddle of how to survive on a distant planet, which we think is what will occupy our thoughts at the start, we are left with the conundrum of how to deconstruct this eccentric bunch. Between expectation and reality, however, lies the charm of Spaceship Earth.