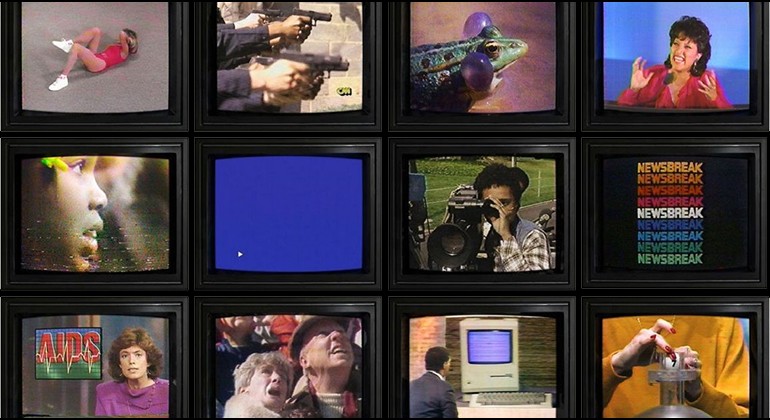 Seemingly frivolous obsessions can bear surprisingly rich fruit. It’s hard to imagine, as the mania develops in real-time, how the activity could be more than just a quasi-unhealthy fixation. Sometimes the joke is on those who judge, however. In the case of the titular subject of Recorder: The Marion Stokes Project – the new documentary from director Matt Wolf (Teenage) – it’s clear by the end of this masterfully crafted narrative that she not only knew the why of her compulsion, but had the wherewithal to effect the how in a manner that now benefits us all. Great specificity of purpose leads to universality of outcome; hers was an idée fixe with broad appeal.

For over 30 years, beginning with the 1979 Iran hostage crisis, former librarian and media personality Marion Stokes recorded television news virtually 24 hours a day, resulting in an archive of 70,000 tapes. Since it turns out that the channels, themselves, did not always back up their own programming, Stokes’s VHS library is unlike any other, and is now digitized and housed in San Francisco’s Internet Archive. Director Wolf offers us a comprehensive history of Stokes’ life and hobby, interviewing ex-husband Melvin Metelits, son Michael, and many more, including the children of her second husband, John Stokes. She was a strong-willed, opinionated woman, and emerges from this portrait in all her intellectual (and ornery) glory.

Along the way, we revisit the many news highlights she recorded, perhaps the most moving among them the 9/11/01 attacks. Beyond profiling her lasting contributions to the historical record, Wolf also gives us the details of Stokes’ life from her flirtations with communism in the 1950s and 1960s, the breakup of her first marriage, flirtations with the man who would become her next (and last) romantic partner, and smart financial investments that allowed her to live in luxury and spend money on recording devices and tapes. She was never easy, but always very much her own person, a fact even more remarkable (given the time period) since she was also a woman of color. She was one of a kind, and Wolf’s film is a fitting, and highly engaging, tribute to her brilliance, truculence and…recordings. Press play and be amazed.