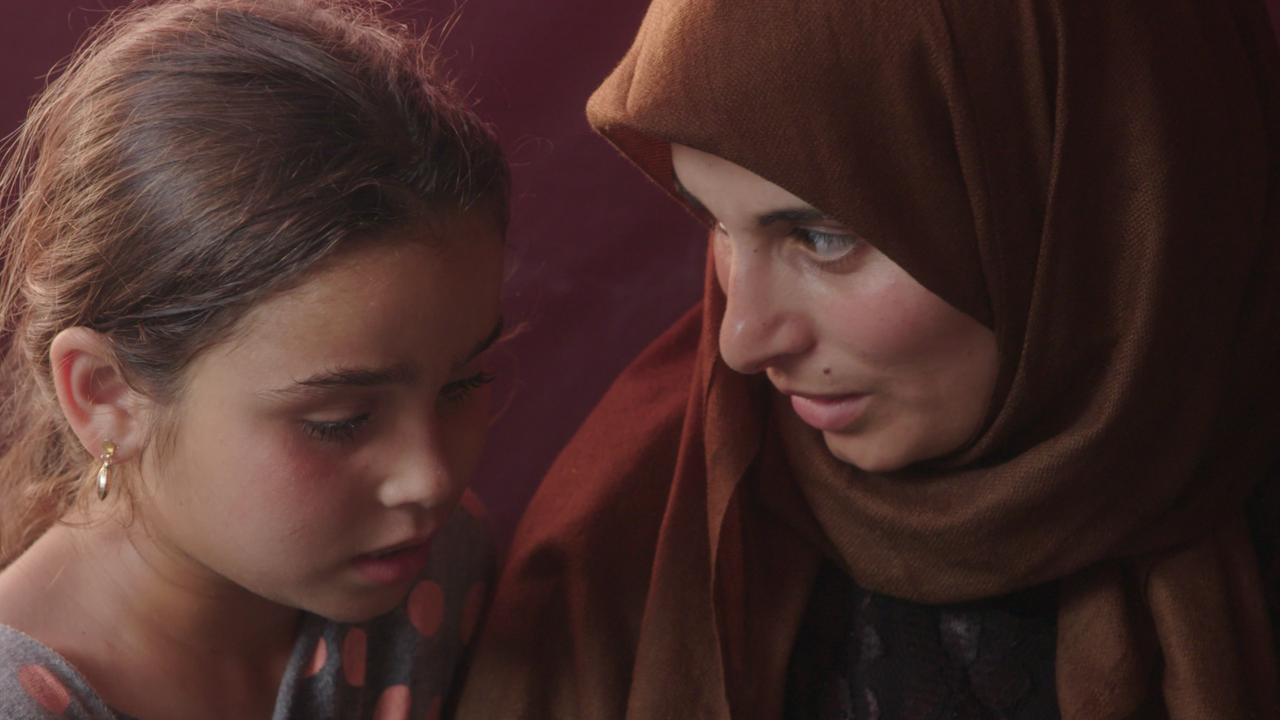 Editors Note: Simple As Water is now streaming on HBO Max. Below is our review from the 2021 Tribeca Film Festival.

Megan Mylan has been a humanitarian documentarian for almost two decades. In 2003 she directed another feature-length documentary about emigration called The Lost Boys of Sudan that followed two Sudanese refugees on their journey to America. In 2008 she won the Oscar for best documentary short for Smile Pinki, about a social worker who helps an Indian child fix her cleft lip. Now she turns her lens on a handful of Syrian refugees who have escaped to different parts of the world. The story is simultaneously heartbreaking and hopeful, as the subjects search for a new home, their family members and any vestige of community. Filmed across five countries, Mylan’s emotionally affecting and layered portrayal of the Syrian diaspora is exponentially more engaging than a newspaper headline. Simple As Water puts a face on the crisis, and though it doesn’t purport to have the solutions, it certainly makes the viewer more empathetic to the struggle of so many.

We meet Yasmin in Greece, where she came by boat with her four children. Mylan couldn’t have found cuter kids to profile. Her husband is in Germany, and they have been waiting 10 months for the greenlight to join him there. In the meantime, they live out of a small camping tent, though the kids seem to find ways of amusing themselves. Mylan captures moments of joy like fireworks and swimming, ensuring that the film isn’t a downer all the time. We meet Samra in Turkey, another single mother who works all day to provide for her five children. The eldest boy, Fayez, has stepped into a father role to his younger siblings at the tender age of twelve. Samra wants to register them at the local orphanage, but Fayez doesn’t want to go. He wants them to stay together. We meet Omar in Pennsylvania, who has a younger brother, and works as a delivery driver. His story will certainly have you look at your Amazon delivery guy differently, to similar effect as Ken Loach’s Sorry We Missed You. His story gets into the legal processes of obtaining asylum and how complicated they can be. We meet Diaa, still in Syria, who is holding out hope for her lost son who was taken by ISIS. All these stories deal with uncertainty, but Diaa’s is perhaps the bleakest.

The last subject we meet is Safwan in Germany, who is Yasmin’s husband and father of her children. Mylan brings the film full circle by structuring it so that in the beginning of the film we learn of Safwan through his family that are stuck in Greece, but withholding any footage of him until the end. So when the focus shifts to him in the last section, it has added meaning. We see him FaceTiming with Yasmin and the kids, and luckily there is a happy ending of their reunion in Germany. Mylan’s camera captures the special parent-child bond that is magnified by these extreme circumstances. But the family does not get to ride off into the sunset together, in fact Yasmin and the kids have to stay for weeks in a sort of immigration-halfway-house, which symbolizes how the struggle continues even after reunification. It’s a bittersweet moment that will stay with you long after the credits roll.

Simple As Water is made more engrossing by the gorgeous cinematography by Lars Skree, Michael Chin and Rafia Salameh. It’s safe to assume they split up duties across different countries. A striking image of an extreme wide shot of Yasmin’s children dancing next to a massive ferry in the Grecian port precedes the title card, evoking feelings of a childhood adrift, reminiscent of Sean Baker’s The Florida Project. The poetic lyricism of Mylan’s film is what makes it stand out in a sea of depressing documentaries. Despite the heartrending storylines, there are also go-karts and balloons, and plenty of smiles and kisses. It’s a stunning achievement to make a film about the Syrian refugee crisis so beautiful and endlessly watchable.