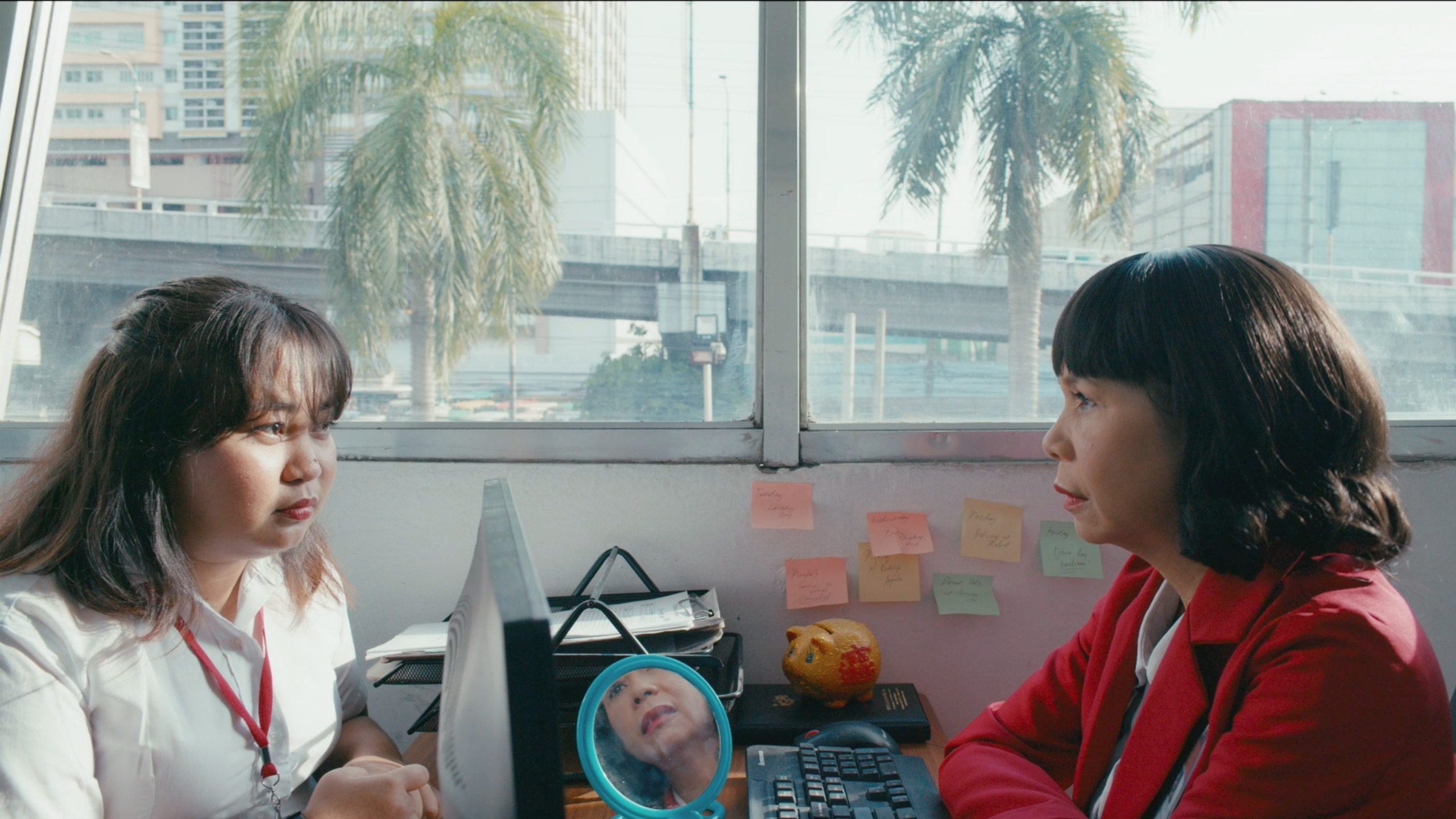 (Editors note: you can check out the 2021 Sundance Shorts Programs online until Tuesday, February 2…)

I love weird. Quite a few shorts blocks at Sundance obliged my devotion, with over 50 shorts ranging from documentary, narrative, experimental, and animation. Every shorts block is chock full of great filmmaking, but some highlights from each block include:

Shorts Block One tie to generational relationships, connecting with others, and navigating being who you are.

My first favorite was BJ’s Mobile Gift Shop by Jason Park, which tells the story of a man with a suitcase for a company and a respect for his elders to go on interviews for a “real job” while passionately loving his real path.  A story of finding joy with what you love, not what others expect from you, this delightful and fantastical story is a treat.

In Flex by Josefin Malmén and David Strindberg, we meet a bodybuilder with an internal dialogue that sets off a trippy journey. Imagine the old Saturday Night Live skits Pumpin’ Up With Hans & Franz on a severe acid trip, and you’ll get close to this short. 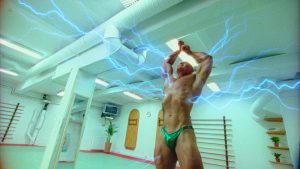 A still from FLEX

Shorts Block Two is about relationships and the tension that lies between them. In Raspberry, Julian Doan takes us through a comedic goodbye from a child to a parent. As a Korean family prepares for funeral plans, the son can find only one way to say goodbye. The moment sums up the relationship, the characters, and the director’s heart utterly — one of those shorts that ties an entire world into a perfect moment.

On the other end of the spectrum in the block is In The Air Tonight by Andrew Norman Wilson, an experimental story  (one of only two I saw in any of the blocks) about the story behind the lyrics of Phil Collins’s hit of the same name. Part of me wants to know the truth behind the story, and part of me loves it as the mystery it is — someone more of a music nerd than I likely know the answer. Let me know!

In Shorts Block Three, there are so many great choices that it was hard to narrow down. But Excuse Me, Miss, Miss, Miss, directed by Sonny Calvento, won out. Made in the Philippines and starring comedic star Phyllis Grande, this comedy is your classic quirky independent short with the chops to be a feature or episodic.

In Wiggle Room, a woman fights for her insurance to pay for her wheelchair ramp. Directed by Sam Guest and Julia Baylis, this authentic story about the broken system ends on a lighter note.

Shorts Block Four is prose in motion with lingering beautiful stories that bind us together.

It starts with the fantastic and bizarre You Wouldn’t Understand by Trish Harnetiaux, which takes us on a picnic with a man who encounters another in need of some horseradish. The short go in a different direction than expected and is a lot of fun. I would give it most bizarre, but Flex earns that title.

But it is Darol Olu Kae’s I ran from it and was still in it (yes, no capitals) that takes us on a journey weaving the personal and collective grief in society with the importance of creative expression. Indeed a stunning and lyrical work, this film is a must-see.

While the Animation Block is always one of my favorites, this year’s Sundance animation block feels a little one-note, with most of the shorts having a similar Adult Swim style. While nothing wrong with the grouping, some of the monotony wears on the block as a whole. 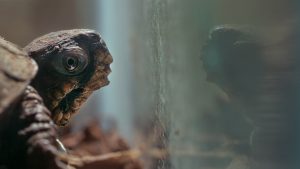 A Still from SNOWY

Two films with vagina monsters (so far the central theme at Sundance I have seen) is GNT by Sara Hirner and Rosemary Vasquez-Brown and Little Miss Fate by Joder von Rotz. While both films are over the top and brilliant anarchic stories with intense feminine energy, I wish they’d be paired together in the block rather than cruelly torn apart.

Two blocks of solid documentary shorts also include Tears Teacher, Snowy, and A Concerto is a Conversation. I won’t give everything away as you still have the next few days to catch all these great films.

Again, an explorer pass of only $25 gives you access to all of these and New Frontier programs.