THE SHEIK & THE SON OF THE SHEIK On Blu-Ray

(Kino-Lorber recently released both The Sheik and The Son of the Sheik, two classic Rudolph Valentino films, to glorious Blu-ray. Brad Cook provides this review.)

There’s a chandelier in my house that the seller on eBay claimed came from a shed on a property once owned by silent film star Rudolph Valentino. (I assume it was Falcon Lair.) Sure, we have no authentication for that claim, but I don’t know that it necessarily carries much weight today, a century since Valentino made his first credited film appearance. Regardless, let me imagine that one of Hollywood’s earliest superstars might have once stood below the light of that chandelier.

By the time he starred in The Sheik in 1921, Valentino’s career was on the rise. Women supposedly swooned in the aisles during screenings, and the film certainly helped create an interest in the Middle East that has influenced many movies and books during the decades since then. The Sheik casts Valentino as Sheik Ahmed Ben Hassan and Agnes Ayres as Lady Diana Mayo, a British woman who comes to the north African town of Biskra and sneaks into a casino that has been taken over by the sheik for the evening.

Diana discovers men gambling for new wives and, after refusing to become one of the prizes, attracts the attention of the sheik. He is supposed to guide her on a desert excursion the next day, but instead he kidnaps her. Eventually, she professes her love for him, and, yes, that’s as creepy as it sounds, but let’s not forget that the movie is a product of its era. Like Birth of a Nation and many other films that couldn’t be made today, The Sheik should be viewed through that lens.

Valentino’s career later hit a dip, and he returned to the role of Sheik Ahmed Ben Hassan for 1926’s The Son of the Sheik, in which he also played the sheik’s son, conveniently named Ahmed too. Both movies were based on novels that were popular during that time, so Valentino presumably wanted to ride the wave of interest in those works and revive his career. Unfortunately, he passed away before The Son of the Sheik opened in theaters, but the impact of his death helped the film’s box office success. 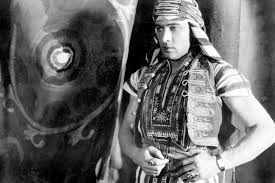 The Son of the Sheik was one of Hollywood’s first sequels, and it was almost certainly the first sequel to feature a gimmick like Valentino playing young and old roles. The plot is a bit of “like father, like son”: Young Ahmed is lured into a trap by a beautiful dancer whose father leads a gang of thieves. After he escapes, he captures the young woman and she eventually falls for him. In his introduction to the film, director Orson Welles notes that we shouldn’t take it too seriously.

Welles’ intro runs about 17 minutes and comes from a 1970s era TV show about silent movies. This new Son of the Sheik Blu-ray from Kino Lorber also features an 8.5-minute featurette about Valentino’s early career, 2.5 minutes of the actor hanging around the beach, and 1.5 minutes of newspaper headlines about his illness and death. The trailer for Valentino’s 1922 film The Young Rajah is also included.

The Sheik disc features a scholarly commentary by author Gaylyn Studlar, who takes a sociological approach to her discussion of the story and how it fit into larger narratives about the Middle East and gender roles during that time. Also included are three minutes of footage from Valentino’s funeral procession, which was a major event in New York City, and a trailer for his 1922 movie Blood and Sand. I’m not sure why trailers for either Sheik movie aren’t found on these discs.

Kino Lorber put some money into restoring both movies, which now look about as good as they ever will. The footage has been tinted and the title cards have been improved from other versions of the movies, which are typically pretty poor because the works are in the public domain now. New musical scores were recorded for both films. 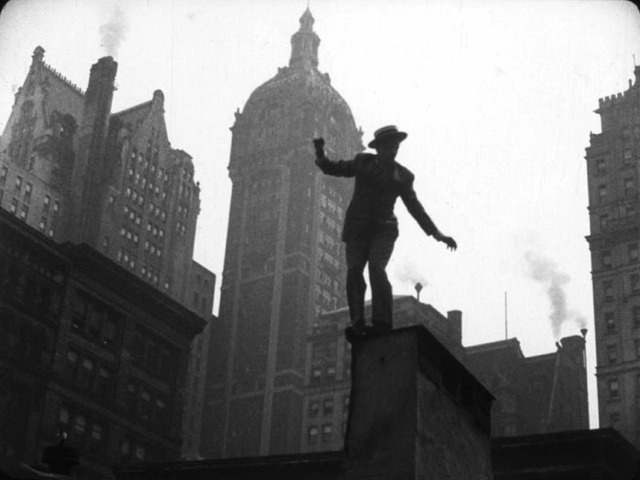