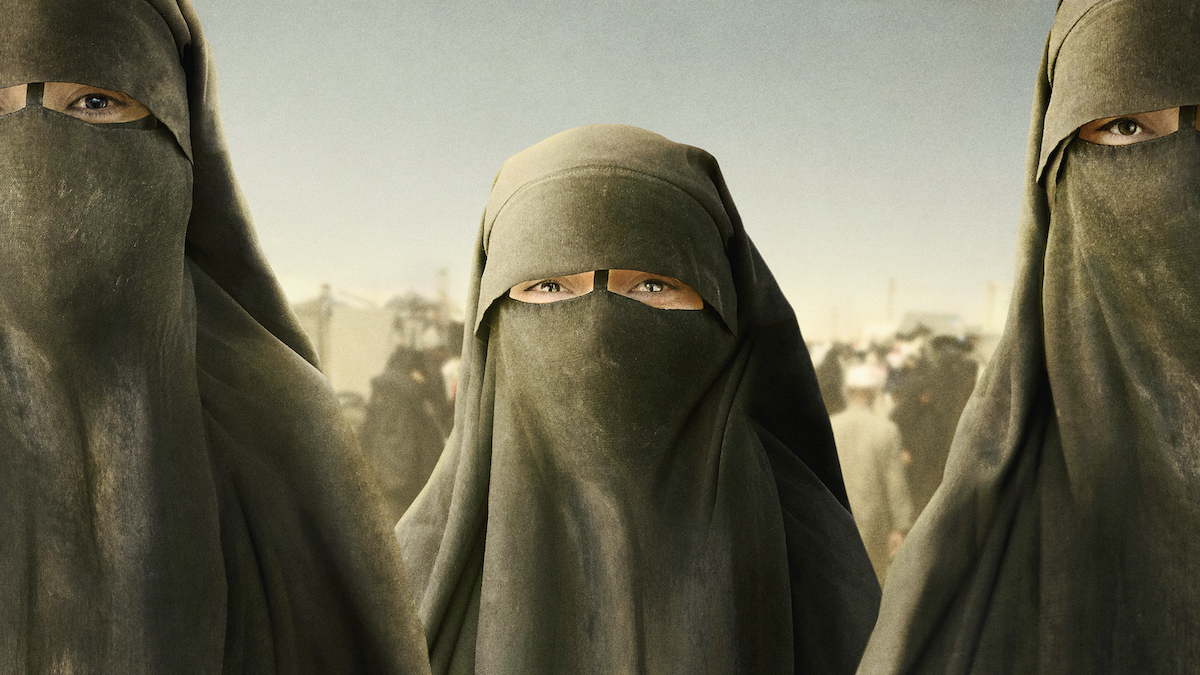 In the mess that is Syria and the bordering parts of Turkey and Iraq, Yazidi Kurds have suffered more than most, a minority everywhere and targeted by all parties. The civil war that threatened Syrian leader Bashar al-Assad’s rule also provided a second life of sorts to the Islamic State (which we call ISIS, and others call ISIL or Daesh), the terrorist group that emerged from al Qaeda in Iraq after it splintered in the mid-2000s. And who better to terrorize than those without support? Therefore, ISIS, in the last decade, overran many a Yazidi community, killing adult men and women while kidnapping their daughters, turning them in to “sabaya,” or sex slaves (see the 2018 documentary On Her Shoulders for a harrowing first-person account of one such horrific experience). Now that ISIS’s power is waning, surviving Yazidi are determined to bring home as many of these young women as possible.

In his appropriately entitled documentary Sabaya, Kurdish director (and cinematographer) Hogir Hirori (The Girl Who Saved My Life) embeds himself with the rescuers, following them into the Al-Hol refugee camp in northern Syria where, accompanied by guards, they pursue leads to hunt down the stolen children, hidden inside tents in full-body burkas. Though armed, they find these sorties increasingly dangerous, given the unrest inside the camp, where ISIS operatives cooperate with each other to foil the plans. Sometimes, while riding back to base with one or more rescued Yazidi women, they are fired upon, and even chased by another vehicle. It’s risky work, but must be done.

We divide our time between the camp and the Yazidi Home Center, where Mahmud, a middle-aged husband and father, plans the next mission along with the center’s director, Ziyad. Though Mahmud’s wife complains that he is never home (their bickering provides some much-needed comic relief), she makes the prodigal daughters feel welcome when they arrive. All suffer from extreme trauma after years of sexual (and other) abuse. Soon they will be sent back into Kurdish territory. For now, the center is an oasis of calm, children frolicking and an air of near-normality all around.

Except when ISIS partisans attack their crops, burning them to remove a source of funding and sustenance. As bad as that may be, imagine being one of the Yazidi women who volunteer to don a burka and infiltrate the camp to gather intelligence. We hear about them, early on, and then, finally, travel with them from the border into Al-Hol. That kind of bravery is almost unimaginable, yet they do not flinch. Always gripping over the course of its taut 90 minutes, Sabaya is truly a profile in courage. And let’s include the director in that profile, as well, since he puts his life on the line right alongside everyone else. Though there is evil in this world, there are also those willing to fight back. This is their story.