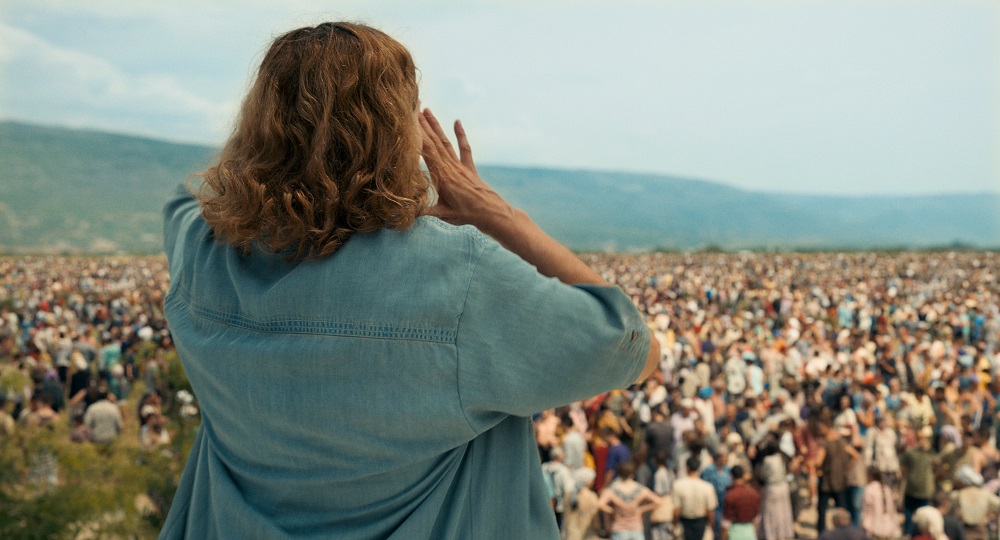 (Director Jasmila Žbanić’s Oscar nominated film Quo Vadis, Aida?  is available now on VOD. Like what you see here on Hammer to Nail? Why not give just $1.00 per month via Patreon to help keep us going?)

The Oscar-nominated Bosnian drama Quo Vadis, Aida? is a pulse pounding war thriller that is electrifying and harrowing in equal measure. Director Jasmila Žbanić’s film is a study in failure to control chaos concocted by evil men. The true story details the UN’s derailed attempt to save Bosnian civilians during the Srebrenica massacre. This widely forgotten and ignored genocide took more than 8,000 lives, mostly Muslim men and boys. Quo Vadis, Aida? – which is Latin for “Where are you going?” – is an unmissable indictment on the failures of bureaucracy, regulations, and diplomacy in times of extreme political turmoil.

Near the start of the film an ominous malevolent image rips across the screen: in July of 1995, the Serbian army rolled their tanks into the town of Srebrenica. The war between Bosnians and Serbian military forces had been occurring for 4 years. We are introduced to our ill-fated titular character: a Bosnian translator, the fiercely brilliant Dasna Juricic, as she, along with the UN, desperately attempt to save innocent civilians from encroaching Serbian forces. Their town has been evacuated and required to shelter in the UN’s headquarters. The building is cramped, there is no food, there is no water, there are no bathrooms. The Bosnian people are starving; man, woman, and child. Outside the UN’s base are mobs of crowds dying to get in. Aida desperately searches for her family within the crowds. Eventually, she finds them outside, unable to enter. Aida furiously pleads with UN officials to let her family in. She is met with hostile upkeep of regulations which claim the base is at full capacity. All the while, in remarkable contrast, the general of the Serbian army walks through the abandoned city – a hero of his people. When, suddenly, a lone shot rings out and spooks him. He decides to call the UN to “make peace.” He claims the Serbian army wants to compromise with the Bosnian civilians and restore trust. Eventually an evacuation plan for the UN’s base is agreed upon with the suspiciously docile Serbian army. Like a trojan horse, the Serbian army is allowed to invade the UN’s neutral zone. Eventually, all attempts to preserve stability on behalf of the UN is met with red tape and indifference. What follows is an unspeakable, inhumane sequence of events decimating all sense of hope.

Quo Vadis, Aida? is a can’t-look-away thriller, a classic pot boiler with a touch of socially conscious humanity. Žbanić and her team craft utter chaos in understandably human terms. In a profoundly intimate moment of sensitivity, Aida and a team of UN workers deliver a baby which leaves them in a state of wonder amongst the sea of madness. The stylistic construction of the film is efficient in both its photography and sound design. Žbanić and the DP, Christine A. Maier, employ a range of varying shot lengths with powerful returns. Through their photography of extreme longshots and caressing close-ups they are able to give faces to the faceless crowds. Not an easy task. Furthermore, the direction of the crowds is expertly handled and deeply convincing. In terms of sound, the film leans heavily into the indistinguishable chatter of the masses, deep guttural explosives, piercing gun fire, and the cries of pain and mercy. The simmering score by Antoni Lazarkiewicz further enhances the tension of the narrative.

Žbanić’s film envelops the viewer in a whirlwind of tragedy both social and political. Her sights are aimed directly at the human costs of political strife and failed diplomacy. On top of that, the film approaches the problem from a feminist angle. Aida and other women are not taken seriously in their distrust of their aggressors. Quo Vadis, Aida? turns the pain and suffering of the Bosnian people into an emphatic call to action to ensure a tragedy of this scale never happens again. Through Žbanić’s beautifully crafted film, a sobering light has been cast into a once hopelessly pitch-black night. 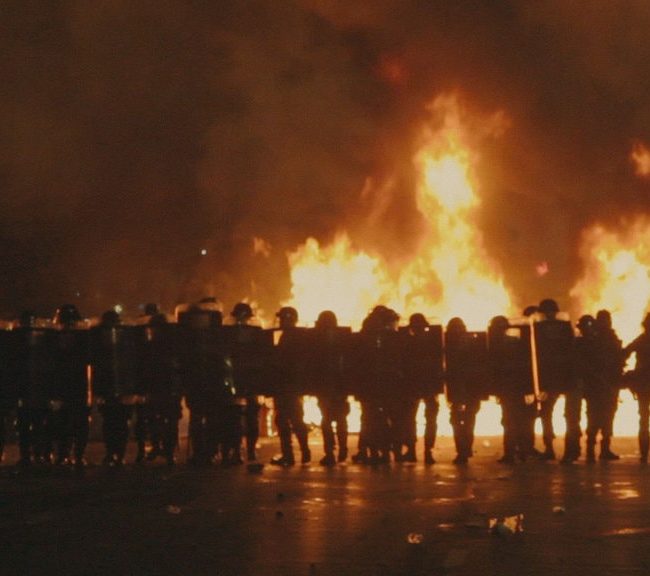