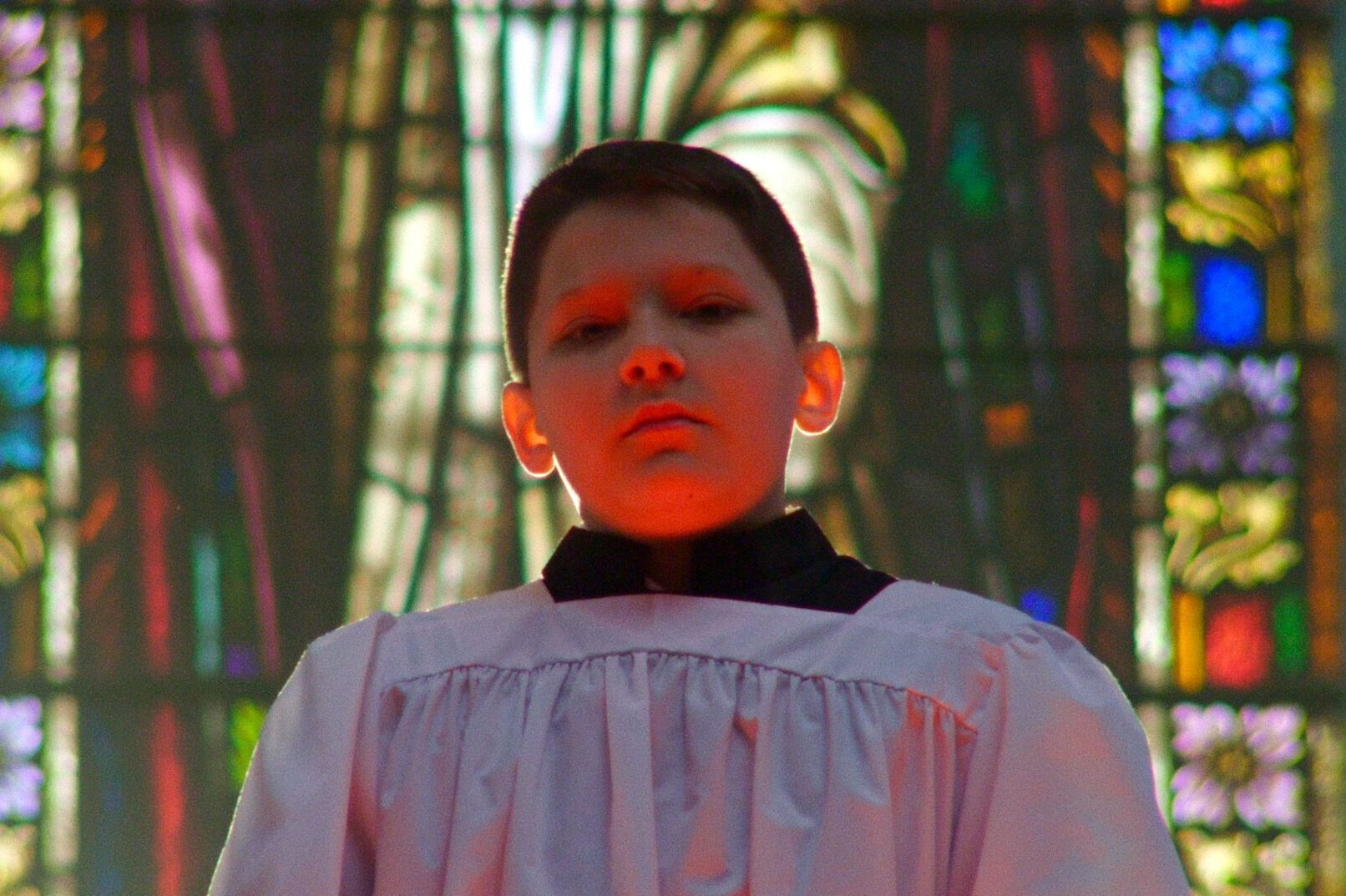 Editors Note: Procession is now streaming on Netflix, below is our review from the 2021 Telluride Film Festival.

(HtN fave Robert Greene’s latest doc Procession recently played the Telluride Film Festival. We suspect it will be making the rounds at festivals this Fall and into 2022. Like what you see here on Hammer to Nail? Why not give just $1.00 per month via Patreon to help keep us going?)

I caught myself, as often happens after watching any Robert Greene documentary, pondering over why it is that certain activities have therapeutic value. Manual labor seems to channel mental focus toward the job at hand and away from other thoughts. That may be the case if the job is not very familiar to the laborer. However, if the job at hand is something performed by muscle memory, the mind wanders away from the immediate physical activity performed. Procession, Greene’s latest documentary, contains a scene wherein a middle-aged man, Mike Foreman, stains a deck – -a job he has performed many times. As he puts it, staining decks allows him time to think. For him, manual labor does not offer a Zen-like state; thinking sets his blood boiling. His thoughts get stuck on a loop over past trauma and the absence of justice for the wrong done to him. Mike Foreman, like many others throughout the world, was sexually and psychologically abused by a Catholic priest when he was a boy. If the therapeutic effectivity of manual labor seems dependent on the creative freshness of the labor, then what about the therapeutic value of artistic labor, specifically roleplaying in the form of film work and acting?

Film work – and artistic creation as a whole – as therapy is precisely what Greene is investigating in Procession. Greene presents the horrific stories of survivors of abuse by Catholic priests.  Those familiar with Greene’s work (Kate Plays Christine, Bisbee ’17) know that his documentaries are never straightforward narratives. What makes Greene one of the most important documentarians — if not the most important contemporary documentarian — is his exploration of metanarratives within documentary filmmaking. Procession is not solely Greene’s documentary. It is a collaborative directorial effort between Greene and six survivors of abuse – Joel Eldred, Mike Foreman, Ed Gavagan, Dan Laurine, Michael Sandridge, and Tom Viviano. Greene et al. direct vignettes that capture the horrific childhood experiences of the six survivors. They direct, act, and offer support for each other as they relive their experiences through reenactments.

The traumatic memories the six survivors recount are quite disturbing. The Catholic church’s coverup, their reassignment of priests, their obfuscation, coupled with a judicial system that grants statutes of limitations to predatory priests is painful beyond anything most individuals can bear — some victims commit suicide. Traumatic memories are triggered by the most seemingly ordinary things. For Michael Sandridge, the mere scent of pool chlorine takes him back to the setting where he was abused. The six survivors experience physical distress when revisiting the places where they were abused. Lake houses, confessional boxes, bedrooms, and even Catholic churches become real life haunted houses.

The memories and distress are without a doubt real for the victims. But this being a Greene documentary, metanarratives always come into play. The metanarrative Greene always returns to in all his documentaries involves the blurred line between reality and “fiction.” In Bisbee ’17 he uses non-professional actors to reenact the most traumatic event in a small town’s history. Art and fiction provide a safe space for trauma to work itself through. That is precisely the phenomenon at play in Procession. The reenactments in Procession, however, offer an added layer of reality in that many victims of Catholic priest abuse were not believed. Fiction becomes the reality of those whose abuse was doubted, or even seen as “fictional.” The reenactments feel so real for the victims that even when some of them put on a priest’s robe in order to act out a vignette, or direct a child actor to deliver lines they experienced in real life, they relive their childhood trauma. Acting, directing, reality, and “fiction” intersect in Procession as they did in Greene’s Kate Plays Christine. In fact, those allergic to anything meta will likely prefer Procession over Greene’s previous works given that Procession is a bit more straightforward in its narrative structure.

Greene decides to include a very thought-provoking scene toward the end of Procession wherein one of the survivors reads a letter to a child actor. The survivor alludes to superheroes. This scene is one of the few in Greene’s oeuvre that makes a clear distinction between reality and fiction. Superheroes are so outside of reality, so exaggeratedly fictional, that they form a sharp contrast against those real-life individuals who heroically struggle against pain, institutional power, coverups, and judicial failings. Waking up every morning, living with trauma, and still managing to fight against forces that deny victims the sense of justice they deserve is truly heroic.