Based on the true story of a heist gone sour, Mexican director Alonso Ruizpalacios’ second feature, Museo, offers aesthetic stylishness galore coupled to a plot that remains mostly interesting throughout, even as it begins to lose its narrative way towards the end. Starring Gael García Bernal (Neruda) as Juan, the leader of the operation, and Leonardo Ortizgris (Ruizpalacios’ first feature, Güeros), as Wilson, his sad sack of a follower, the film uses the theft of Mayan art from Mexico’s National Museum of Anthropology as a metaphor for the larger sins of genocide and cultural appropriation. Whose art is it, anyway, and why is one crime celebrated and the other prosecuted? “There’s no preservation without plunder” says one character. Indeed.

Wilson is our narrator, and in his telling, Juan is a man of ideas, born of a privileged childhood (he’s the son of a doctor) and a failed adulthood (he’s full of unrealized dreams). The butt of family jokes – really, any clan that calls one of their own “shorty” deserves what they get – Juan nurses grievance after grievance, until one day he decides to act. Lifelong pal Wilson, who admires and fears Juan in equal measure, makes the perfect sidekick, wary but willing to go along on a half-baked plan to rob, and then fence, priceless historical artifacts.

The key word is “priceless,” as they soon discover, for who will buy such recognizable loot? The film veers between comedy of the absurd and drama of the poignant, ably handling the transitions until its final act. There, a certain maudlin lament enters the script, as Juan and Wilson find their scheme foiled by difficulties unforeseen. A side plot involving a beloved porn actress of Juan’s youth doesn’t help, either. Still, there’s enough on screen – including the fine two central performances – to compensate for later digressions. As a parable of lost causes, both the comic one of Juan and Wilson and the tragic one of the Mayans, it ably makes its case.

I love the pacing of the movie, especially the break-in. Using slow, gliding tracking shots and unexpected cuts, Ruizpalacios defies our expectations of success or failure, keeping us guessing as to the outcome. He also favors odd extreme close-ups in certain scenes, just when we want to see more of the actors, delaying our emotional gratification. His screenwriting skills may falter, but his mise-en-scène is always masterful. As long as this museum is open, then, I’d be happy to visit again. 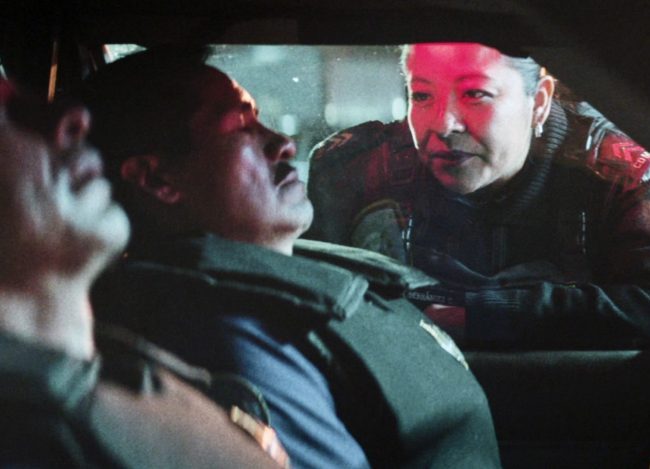