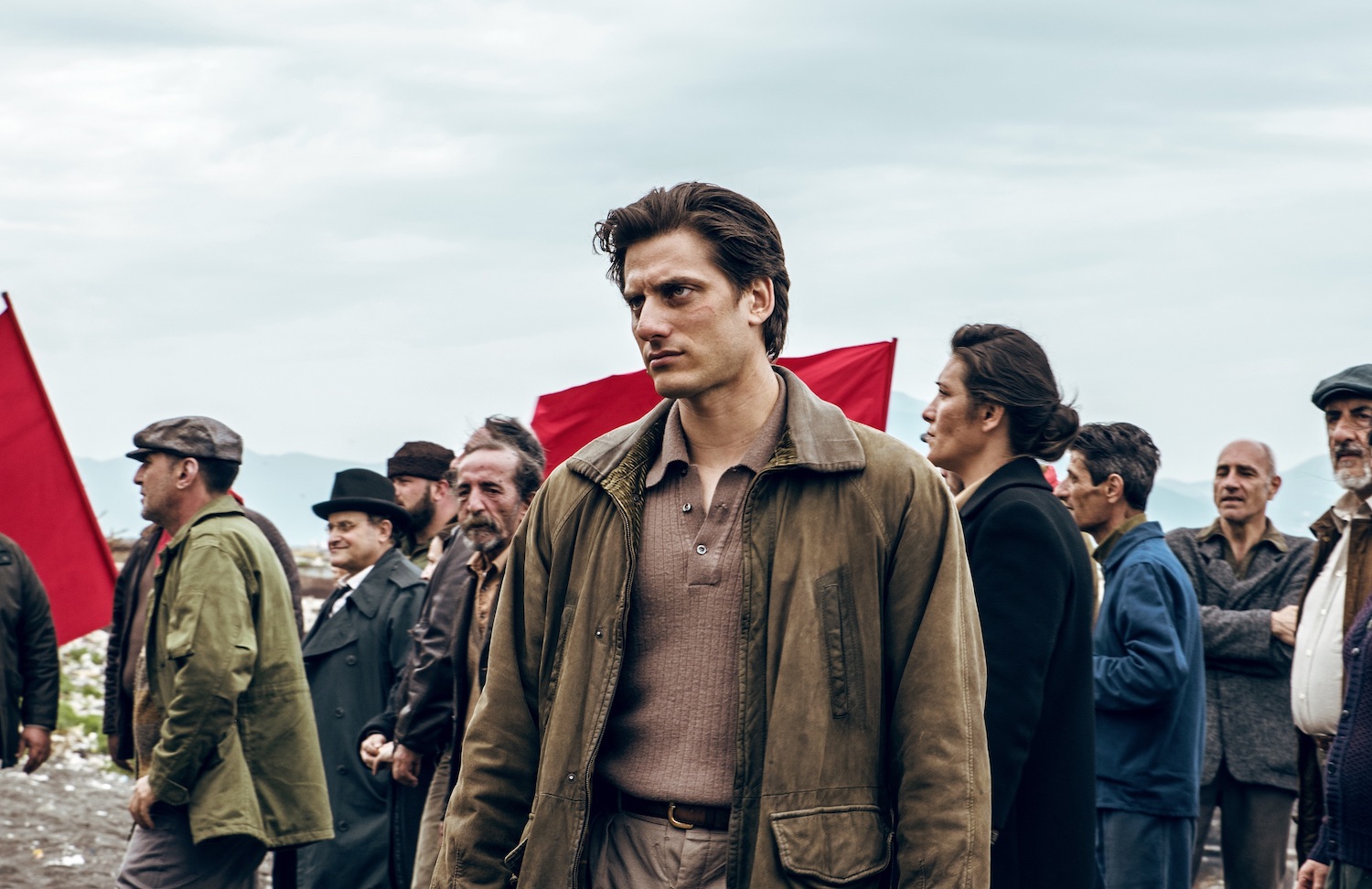 (Pietro Marcello’s experimental spin on Jack London’s Martin Eden is on VOD and in theaters now via Kino Lorber, Like what you see here on Hammer to Nail? Why not give just $1.00 per month via Patreon to help keep us going?)

Italian director Pietro Marcello’s eponymous adaptation of American writer Jack London’s 1909 novel, Martin Eden, offers the titular anti-hero as a working-class striver, journeying through the 20th century outside the limitations of time. Intercutting archival footage of yesteryear with here a 1930s decor and there a 1950s design (or 1970s vehicle), the whole peppered with jaunty music from multiple eras, Marcello (Lost and Beautiful) crafts a narrative alternatingly concrete and abstract, elliptical transitions sometimes diluting the forward thrust of the plot. And that’s the exact point: no matter how hard our protagonist labors, he will never truly arrive at his destination. At first an outsider to the social class that attracts him, then an outsider to the one that spawned him, he earns power and prestige without the ability to appreciate either, consumed by a self-loathing born in the trenches. He may rail against the collective consciousness that drives socialist principles, but he is not well served by his own rabid individualism. He is a metaphor, in other words, for all the competing human tendencies of the past few hundred years.

This is both the strength and weakness of the premise, for once we latch on to the chimeric nature of the central character (built into the source material), it’s hard to feel genuine empathy for a construct. Still, actor Luca Marinelli (The Old Guard) brings enormous charisma to the part, endowing Martin with vibrant energy and copious charm. It’s no wonder he seduces first Margherita (Denise Sardisco), a waitress in his hometown of Naples, then Elena (Jessica Cressy, The App), daughter of a wealthy bourgeois family whose son he saves from a beating. Still, handsome though he may be, he is but a sailor and a laborer, and certainly no proper match for a woman from the monied class. He nevertheless persists, asking Elena what he could do to better himself. “Get an education,” she replies. That is expensive, however, so it looks like he will have to teach himself. Which he does, with a passion, earning money with his hands by day and then, at night, using those hands to write the novels he hopes will change his destiny.

Marcello populates the movie with frequent supporting footage of real people, which befits his background as a documentarian (Crossing the Line), adding a sense of verisimilitude that grounds the story, even as his mise-en-scène forces the viewer away from such identification with place and time. The four-masted sailing ships, tinted blue and emerging as if from silent cinema, to which he jumps whenever Martin is at sea (or dreams of sea), have no place in the more modern world of the city’s marketplace. And yet the juxtaposition, if we allow it, prevents us from attributing absolute significance to any one visual idea. It’s a tapestry, and single threads matter less than the whole; the images, therefore, refute Martin’s professed philosophy, a revelation foreshadowed early on when he looks at a painting, finds it beautiful, then discovers that, close up, it’s just splotches of paint. Individuals matter, but context is everything.

Like most intellectual exercises, the movie only intermittently makes for compelling drama. But it almost always fascinates, its restless camera – from hand-held to gimbaled support system to tripod – offering a variety of composition and movement to match the fluctuating moods of film and subject. It may leave us emotionally cold, but Martin Eden earns our respect as a near perfect amalgam of style and content. That success, unlike the pyrrhic victory of the man at its center, is well worth celebrating.