(Martha Marcy May Marlene is now available on DVD

, and at Amazon Instant . It earned Sean Durkin a Best Director award at the 2011 Sundance Film Festival, where it was picked up for distribution by Fox Searchlight. It opened theatrically on Friday, October 21, 2011. Visit the film’s official website to learn more. NOTE: This review was first published on October 27, 2011, as a “Hammer to Nail Pick of the Week” at the Filmmaker Magazine blog. FULL DISCLOSURE: HTN co-founder Ted Hope is an executive producer of this film.)

Looking at Elizabeth Olsen, you know exactly who she’s related to. It’s a trait that lends the actress both familiarity and strangeness—as though you know her but you don’t. It also makes her perfect for the title role in Sean Durkin’s Martha Marcy May Marlene. One glance is never enough here; you have to stare, then turn the image over in your mind in order to come close to understanding what it is you’ve seen. No one in the film can quite reach Martha—AKA Marcy May, AKA Marlene, names given to her by a cultish patriarch named Patrick (John Hawkes) who takes her in under circumstances we only catch glimpses of—so it follows that we shouldn’t be able to, either. But, just as Martha’s sister on one side and her fellow indoctrinates on the other have the advantage of not only observing but interacting with her, the audience has one, too: we’re able to see both sides of her. That this only partially satisfies the question of who this young woman is speaks not only to the depth of the character but also to that of the film which carries her name–or names, rather.

Martha Marcy May Marlene unfolds out of sequence. In its first scene, we see Martha leave the nightmarish commune where she’s spent an unspecified amount of time and tearfully call her older sister from a payphone to come pick her up. (This is the first time they’ve spoken to each other in two years; whether Martha’s current whereabouts account for the entire duration of that absence isn’t specified.) When asked where she is, Martha says “upstate” but doesn’t seem certain of her exact location. The rest of the film moves from this post-commune present to the hazy past via match cuts that can be so subtle it sometimes takes the viewer several moments to grasp which timeframe we’re viewing, an intentional disjointedness instilling the same sort of vertigo in us that comes to grip Martha more and more each day. Just as she so often returns in her restless dreams and troubled imagination to the cult-like group of people with whom she lived that she’s never fully “out” of that family, we’re never fully with her—she exists to us in a state that’s perpetually just beyond our grasp. What little we know is given an alluring face which taunts us to come closer even as the shadowy figures behind it warn us not to dare.

What we see and respond to throughout the film is a pummeling of the self, an absorption into a larger whole with violent overtones. Chief purveyor of this is the enigmatic Patrick, whose habit of forcing new names (which always start with the same first letter of the person’s actual name, hence the title’s alliteration) upon inductees into his rural estate is the first and most overt form of control he holds over them. He then sleeps with all the women, as people like him are strangely wont to do, and forces a set of increasingly byzantine rules upon them. Patrick’s menace tends not to announce itself at any one moment so much as slowly creep up on us; it’s a slowly-building force whose hold over its young subjects is most easily understood in retrospect, by which time it’s usually too late. Likewise, Martha’s slow indoctrination—as well as the resultant trauma detailed in the film’s present tense—builds just as gradually. It’s in this way that Durkin convinces us of the plot’s believability: things come to a boil in such a way that we’re almost as persuaded by them as Martha is. Reeducation takes time, and though Martha Marcy May Marlene‘s 100 minutes certainly don’t add up to a long film, the way they’re stretched out makes us participants rather than spectators. (By the time the credits rolled, my hands were shaking.)

“Not everything has to be a big deal,” Martha tells her sister late in the film. She’s both levelheaded and too slow to take in the seriousness of a given situation, qualities that help explain both her indoctrination and her eventual escape. The use of several names to refer to her is thus fitting—she’s a multifaceted figure for whom any one perspective or angle isn’t quite enough. Where others seem content to let Patrick dictate their lives in an increasingly violent, ritualistic fashion, Martha’s personality is ultimately too strong (and stubborn) to be repressed for long. Even so, the damage is done. Somewhat inscrutable but far from a cipher, Martha cries out for help by pushing it away at every turn. What emerges out of this relatively brief, intoxicating milieu is less a portrait and more a brief snapshot of a girl who will never be able to stop looking over her shoulder. 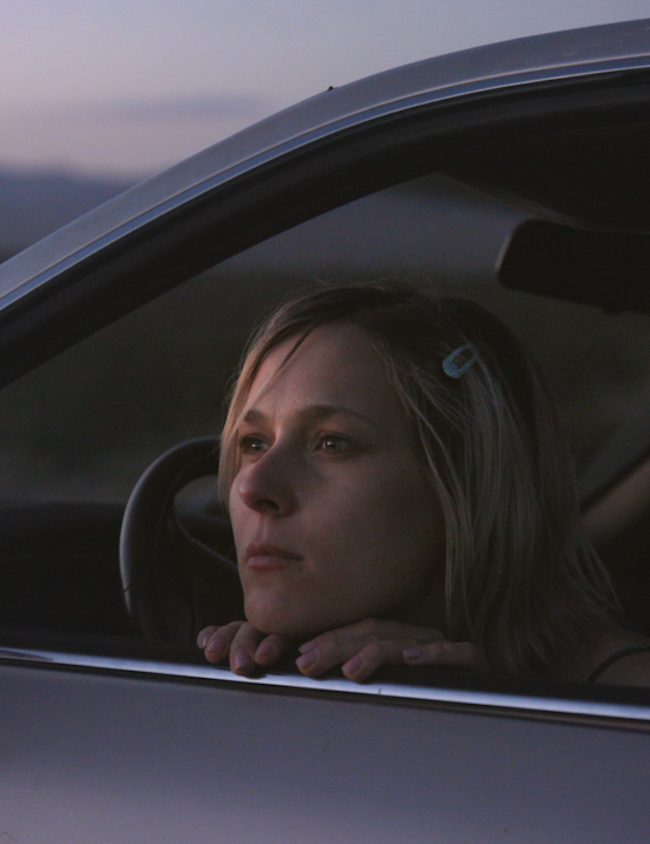