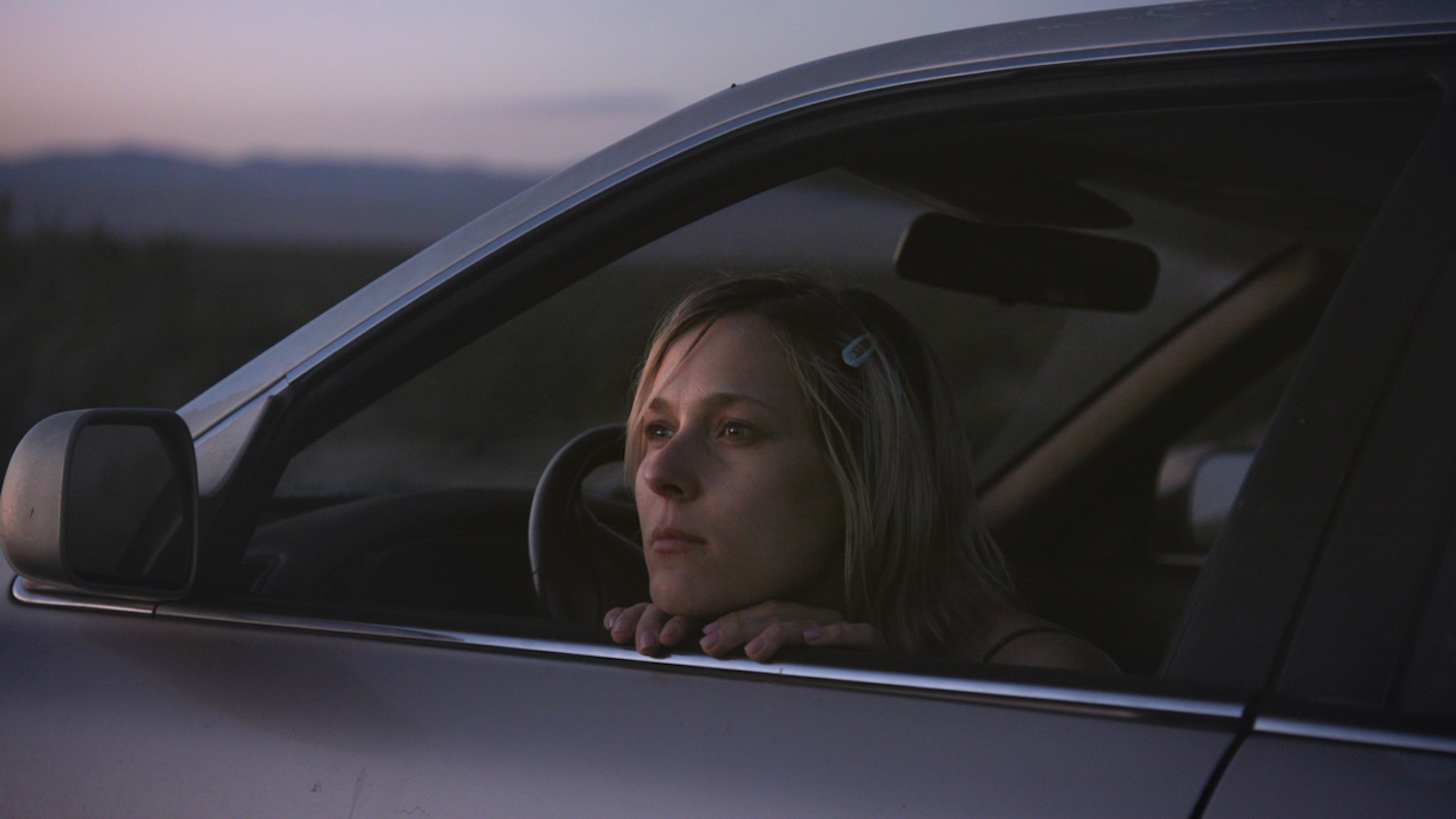 (The 2022 Tribeca Film Festival runs June 9-26 both online and in-person. Check out Chris Reed’s movie review for Roving Woman. Seen it? Join the conversation with HtN on our Letterboxd Page.)

Though Roving Woman eventually turns into a gently meditative road trip into the soul of its protagonist, it starts out with a plaintive wail. Lead character Sara is stuck outside her fiancé’s Los Angeles home, unable to get in. He refuses to open the door, and so all that’s left to do is pee on his doorstep. Who wouldn’t attempt the same?

Sara is played by Lena Gora (Traveling Light), who also co-wrote the film with director Michal Chmielewski (making his feature debut), and this is very much her starring vehicle. She’s in virtually every frame, her expressive face as much the cinematic landscape as the Mojave Desert through which she eventually drives. First, though, she has to steal a car.

Following Sara’s opening ordeal, she wanders off to a find a friend of Ted, the jerk who wouldn’t let her in, begs a ride, and then ditches that friend when she finds another car. She’s on a journey far more than physical, searching for an ineffable present that eludes her. A stranger in a stranger land—with an accent that is hard to pin down (Gora is originally Polish)—Sara is so lost she won’t know if and when she finds herself.

Which leaves her nothing much else to do but drive and go through the objects in the car she stole. Among them is a CD with music written and performed by the owner, and Sara takes comfort in his apparent devotion to a woman who ignores him. Perhaps she can relate. As she moves further west, into the heart of California’s arid interior, she grasps at whatever can ground her in…something.

Along the way, she runs out of gas, struggles to come up with money (at one point earning it by flashing her breasts on request to a group of teenage boys), beds down in a nearly deserted motel, drinks in a bar and then runs from an overly friendly would-be suitor, picks up a hitchhiker, and more. It’s like a series of vignettes about missed connections, Sara getting no closer to a sense of self. Until, that is, she decides to track down the man from whom she snatched the car.

He is played by John Hawkes (End of Sentence), who also composed the songs we have been hearing throughout the movie (thanks to that purloined disc). And in their odd reunion comes a conclusion we did not expect. It’s a fitting ending to a movie that never shies away from the off-putting cinematic examination of ennui, nothing quite resolved yet everything coming together. Roving Woman may travel far, but it comes full circle in a profoundly satisfying way.