(Sean Durkin’s highly anticipated follow-up to 2011’s Martha Marcy May Marlene, The Nest is available now on VOD via IFC Films. Like what you see here on Hammer to Nail? Why not pay just $1.00 per month via Patreon to help keep us going?)

Sean Durkin’s long-awaited follow-up to 2011’s Martha Marcy May Marlene begins with a static shot of an unassuming suburban car port circa 1980-something and an ominous score. The family who dwells inside the house are indeed about to have their lives turned upside-down, but it’s not because of a ghost, demonic possession or a violent home invasion. The monster that terrorizes the family in The Nest is capitalism, and it’s a most insidious foe because it is pervasive, amorphous, and so, very real.

Jude Law (The Talented Mr. Ripley) stars as Rory, a British business man in the nebulous field of “finance”, who feels he has spent enough time wallowing in American mediocrity so that his horse-loving wife, Allison (Carrie Coon, TVs Fargo, The Leftovers) can be close to her family. He longs to return to the lucrative and fast-paced office life he enjoyed in London before he became Husband of the Year. He’s had enough of bringing Allison coffee every morning and getting the kids off to school so she can go to work at the local stables. When we first meet Rory, he’s schmoozing it up on the phone with an old colleague, and definitely trying too hard. If you wonder how well Rory’s schtick goes over in the London office, you’ll find out soon enough that most people see through his shit immediately. They keep him around because he seems “a nice enough chap” or perhaps because it’s because he looks like Jude Law. Regardless, Rory manages to carve a space for himself in his old office, and has already planned out everything before saying word one to Allison.

In classic Carrie Coon fashion, she’s none too pleased. After all, they have a teenage daughter and adolescent son to think about. He drops this news on her first thing in the morning and it’s the first of many poor calculations on his part. But he’s ready with all sorts of counter-arguments. She shouldn’t be working for someone else. He can get them a big house in the country. London is an up-and-coming city. When she rebuffs him, he snaps at her, calling her “fucking risk averse,” which is Business Man for “pussy”. Another miscalculation.

But then Allison has a bad day at work in the stables and relents. Soon, they’re in Surrey, unpacking her favorite horse (an obvious bit of deal-sweetening that happens off screen) in a very haunted-looking mansion and getting the kids ready for their first day at their new, respective schools.

Rory canters around the office like he owns the place, wheeling and dealing and spewing slogans. “I don’t see markets,” he says. “I see risk, reward, and money.” Maybe Rory’s been in America too long, or maybe his aging boss is just too traditional, but Rory’s “fast cash” style clashes with his colleagues. Allison is having trouble fitting in too. She gets dolled up and accompanies Rory to work parties, but she just can’t bring herself to hide her abhorrence of high society decorum. Meanwhile, the kids are scared of the house, their son is bullied at his prestigious prep school, their daughter falls in with a troublesome crowd, and they are very, very broke. Allison is willing to let Rory flounder in his bullshit so long as she can ignore him and reap the benefits, such as fur coats and her own horse. But it gets harder and harder to ignore their dwindling finances or Rory’s empty promises.

At several points, the dread mounts so high that you’re certain something otherworldly is around the corner. But the only thing supernatural here is Carrie Coon’s performance and her ability to make chunky knits and fat blonde curls look sexy. Coon is at her best when her character feels wronged and embraces vengeful nihilism. Middle-aged Jude Law has never been more at home than he is in the role of Rory, a disingenuous social climber, clinging to his image as an easy-going successful financier.

Nothing really happens in The Nest, but it’s chock full of drama and riveting from start to finish.  I’d say they don’t make ‘em like this anymore, but I’m not sure they ever did. Domestic dramas made in the 1980s were either psychosexual thrillers, or too heavy on the melo. I’m not sure why Durkin decided to set the film in that particular decade, other than to eschew the distraction of smart phones and the convenience of Uber. Then again, the diegetic, period-accurate soundtrack is pretty bangin’. It all comes together so naturally that it almost feels like the film exists out of time and space. This is a family with very commonplace problems, and murky flaws. Maybe they aren’t “just like us” but it isn’t hard to put ourselves in their shoes. Sean Durkin knocked this film out of the park and I hope he doesn’t wait another 9 years before making another one. 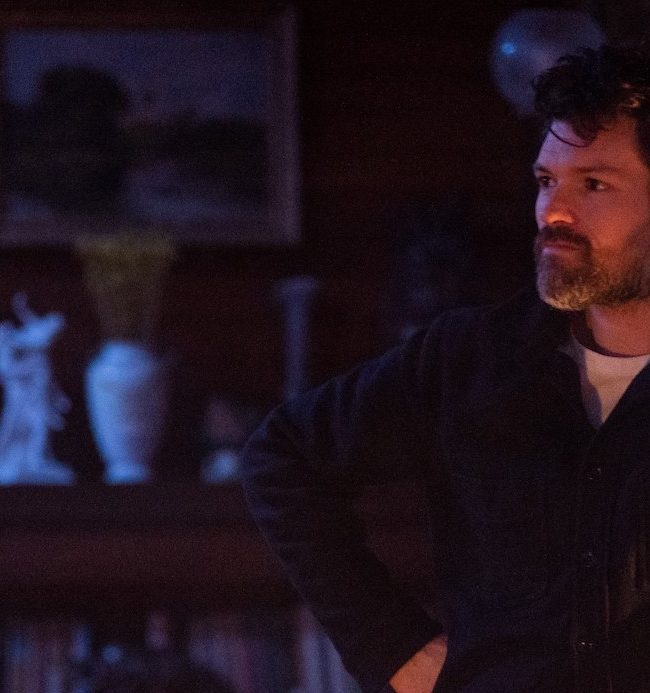 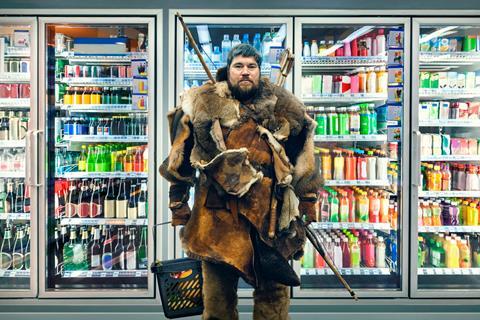