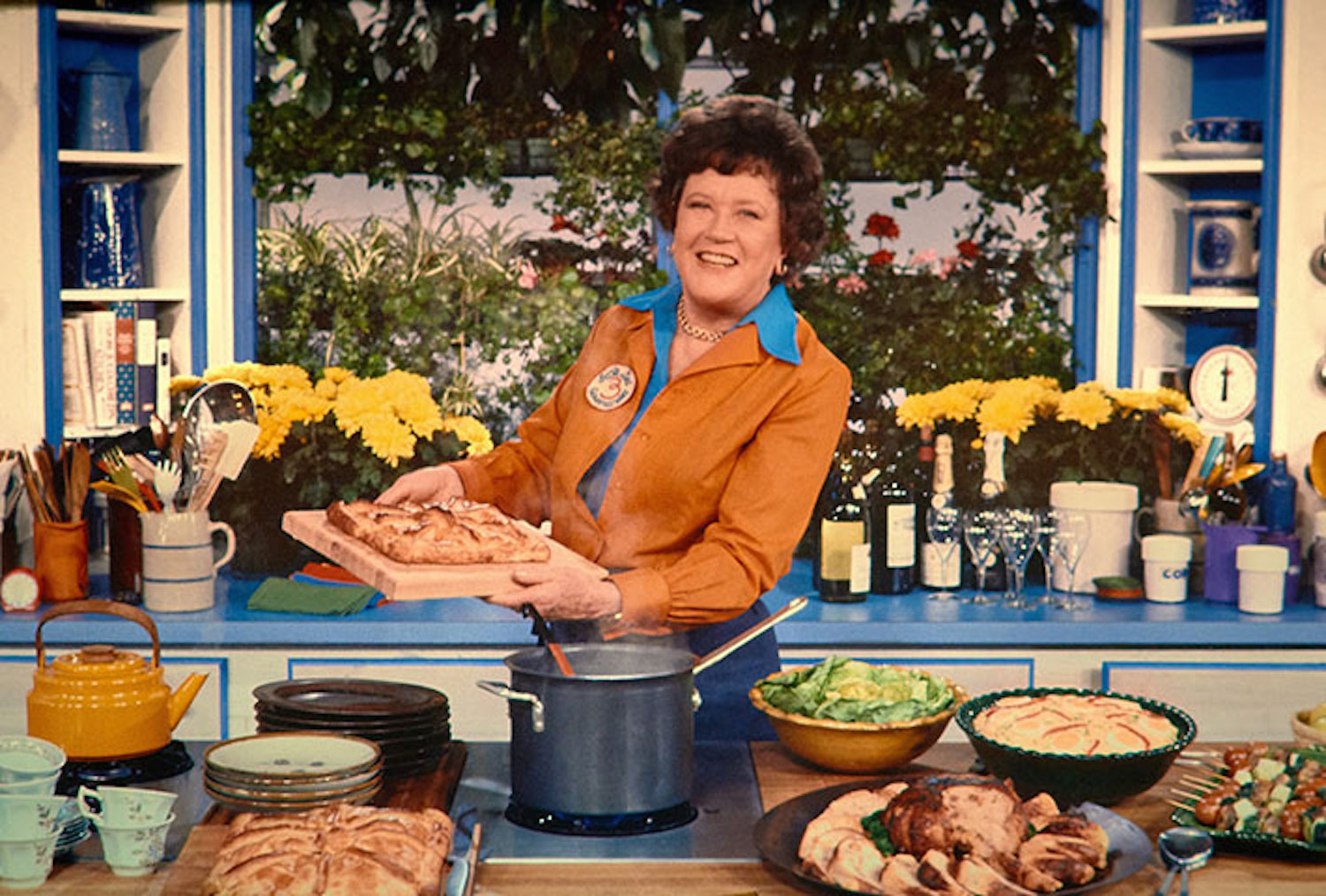 Julia Child was 50 when she made her first appearance on television as the host of the Boston-based WGBH’s “The French Chef.” This followed the publication, a year earlier, of Mastering the Art of French Cooking, which she co-wrote with Simone Beck and Louisette Bertholle. Both show and book, in tandem, would make her a celebrity, something she would remain until her death at 92 in 2004. With her 6’3” frame and distinctive voice, she made for an imposing figure, if unlikely star. Her journey to the top of her field (however one might define that field) was hardly preordained; born into a privileged California family in 1912, she was destined to live a wealthy, conservative existence, with marriage and children her ultimate purpose. But such was not her desire, and so she struck out on her own and broke the mold. In their new documentary (the second this year, after My Name Is Pauli Murray), RBG filmmakers Julie Cohen and Betsy West take on their famous subject with relish and rigor. Entitled simply Julia, the documentary delivers a comprehensive portrait of the grande dame of French cooking in America. It’s food for the soul as much as for the stomach.

To free herself from family shackles, Child (then McWilliams) sought adventure and travel during World War II, volunteering for service and initially disappointed to be given only menial office work. Still, she proved competent enough to be shipped abroad, eventually meeting an older man, Paul Child, when they were both stationed in Sri Lanka (Ceylon at the time). Though they did not take to each other at first, proximity would, in this case, make the heart grow fonder, and it was when they were subsequently reassigned to China together that they fell in love.

They married after the war, and then Paul’s work in the foreign service sent them to France, where Julia would at long last find her calling in an appreciation of that country’s culinary delights. Enrolling in classes at Le Cordon Bleu cooking school, she labored hard to learn the art and craft of French food. Along the way, she met the women who became her collaborators on her first book. When Paul Child found himself the target of anti-communist hysteria within the State Department, he resigned his commission and the duo returned to the United States. Waiting just around the corner was the unexpected wonders of a midlife blossoming of purpose.

All of this is told in great detail through interviews with modern-day chefs, family members (the Childs never had children, but Julia’s siblings did), colleagues, biographers and more, coupled with archival footage and images. We learn all about the ups and downs of Julia’s career and personal life. And we spend a lot of time looking at food, all of it beautifully presented not only in the clips we see from Julia’s many television appearances, but in new material captured on camera for this movie, often accompanied by charming French tunes, sung by Yves Montand and others. It’s hard not to get hungry while watching, so be prepared.

What made Julia special? She arrived on the scene at a time when Americans did not, overall, think much about food. Though I was born after this era, I saw traces of it in my grandmother’s recipes, many of them involving canned ingredients. Julia saw it as her mission to proselytize for a culture that had awakened her palette and zest for the finer things in life. A natural teacher and performer, she possessed the knack to make that which might in other hands appear complicated seem easy. Plus, the fact that she was older and awkward (her live programs were filled with live bloopers, at least at the start) sold the notion that if she could do it, anybody could.

In a world dominated by male chefs, she also stood out as someone who looked like a 1960s American housewife. That was at the root of her enduring popularity; she also knew what she was talking about. Sadly, no one really knows about her in France (why would they?), but the French owe her a debt of gratitude for the love of their food she bred in many generations of Americans. Not only that, but she paved the way for future cooking shows, which remain a popular genre today. What a legacy, and one well worth commemorating, which this lovely tribute does both con brio and con brioche. Bon appétit!