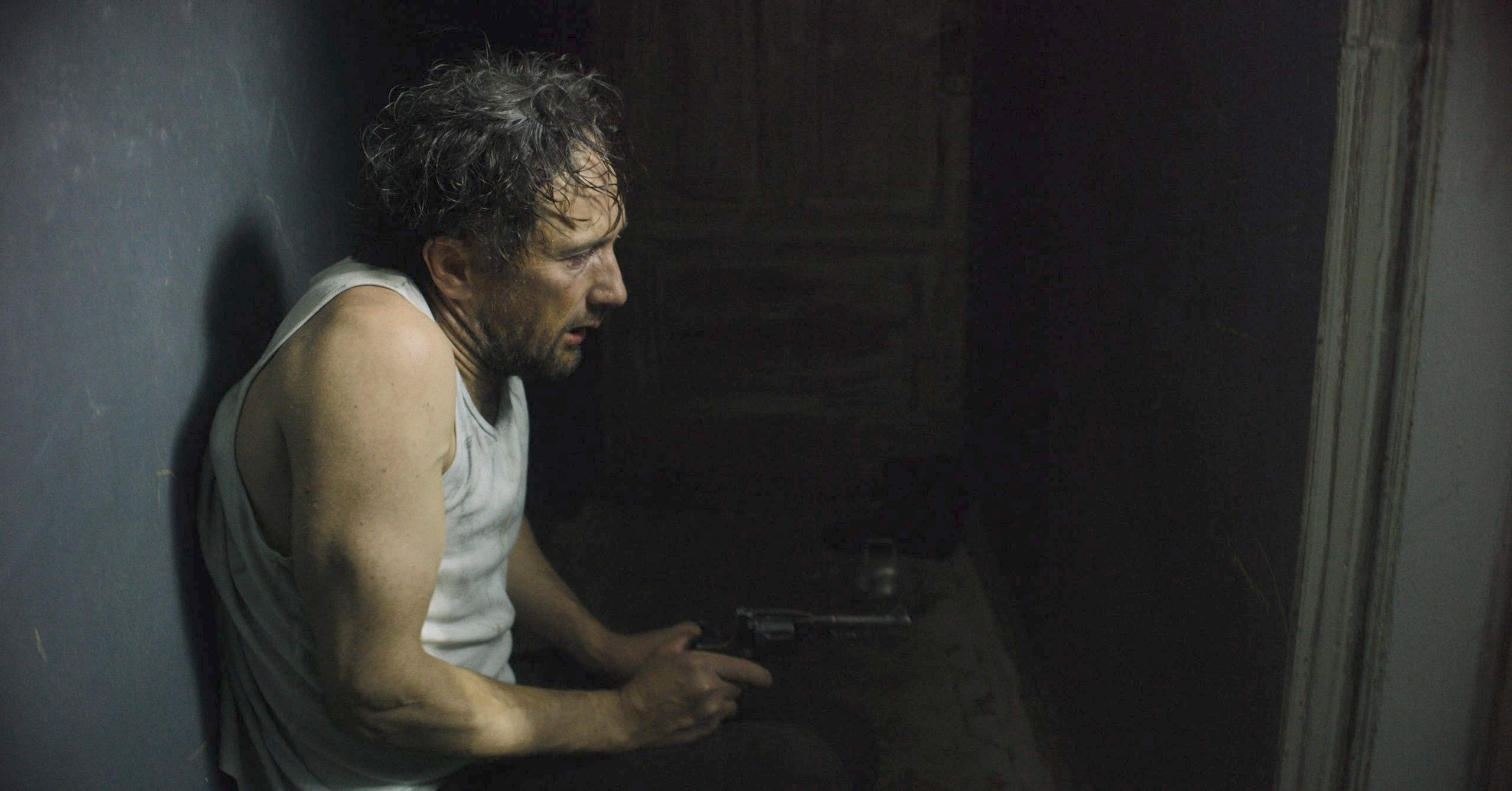 The year is 1964. Lithuanians have lived under Soviet rule since the Red Army recaptured their country from Germany in 1944. The USSR had, itself, annexed Lithuania in 1940, bringing it back into the not-so-warm embrace it escaped when the Russian Empire collapsed during World War I. Two decades later, and the communist government, working hand in glove with its overlords in Moscow, has a firm grip on power. Nevertheless, it’s always useful to make an example of those who might resist, and what better such target than a prodigal son upon his return. So begins Isaac, the feature debut of Jurgis Matulevičius, who creates a vivid period piece with the highest of existential stakes.

We actually open with a prologue, however, set in 1941, at a time of ethnic cleansing, the Nazis involving locals in the killing of Vilnius Jews. This event (one of many, for sure), has since become known as the Lietukis Garage massacre, and we follow a young resident of the capital as, prodded by the invaders, he confirms suspicions about a man named Isaac having Soviet sympathies, then beats him to death. Bodies line the streets in a bloodbath of tribal hatred. Shot in black and white, the images resemble the most gruesome photographs of the era, arterial spray at least muted in gray tones to lessen our trauma. As a way in, it is brutal.

Though we will return to these events as flashback, the bulk of the story takes place twenty years forward. Gediminas (“Gedas”) Gutauskas (Dainius Gavenonis), a moderately successful filmmaker, has decided to come back to his homeland after fleeing to America in the aftermath of war and communist takeover. Initially greeted as a hero, his plan is to make a movie about the above-described event. Among those with a complicated reaction to his return are Elena (Severija Janusauskaite) and Andrius (Aleksas Kazanavicius), two formerly close friends whom he has not seen since his departure. They are married, though it becomes clear that: a) their union is strained and b) at one point, Elena had her pick of the two men, and there remain unresolved issues from her choice.

The KGB is also, not surprisingly, quite interested in what Gedas is doing, even if the director is given relatively free reign, to start. The Russians know that once one group of invaders is too closely examined, it’s only a matter of time before the populace looks to the current ones. Vicious, if superficially polite, the secret police keep close tabs on the film shoot and on anyone who dares voice an opinion contrary to the official line. The days of Soviet Premiere Nikita Khrushchev’s political and cultural thaw are waning, and no one is immune from suspicion.

Broken up into three sections (beyond the prologue), Isaac examines, through evocative visuals and occasionally dreamlike mise-en-scène, the many ways in which totalitarianism affects the human spirit. Though I haven’t quite determined why the middle part is in color, bookended by its black-and-white siblings, my own limitations of understanding do not detract from my engagement in the drama. The excellent performances from all involved, including Martynas Nedzinskas as the lead agent in charge of tracking Gedas’ movements, help elevate the already fine production. If the lessons are stark, the experience is always gripping. Remembrance in the face of oppression is the best way to defeat the system.