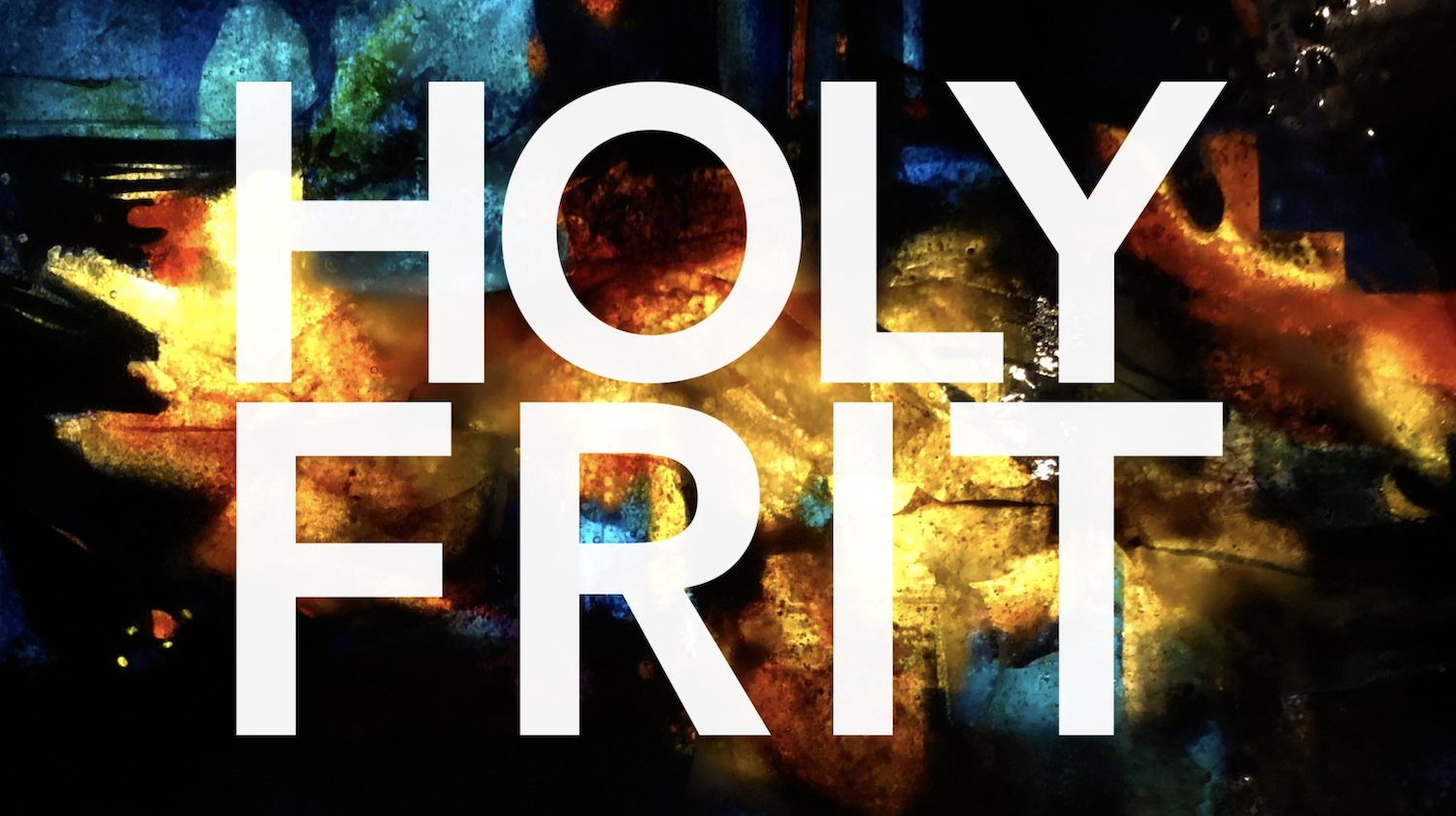 Artist Tim Carey began his professional career as a painter, but then one day in 2003 he happened upon Judson Studios, a stained-glass production house based in Los Angeles. Instantly smitten, he gave up his former life to plunge head first into the new (to him) process. Flash forward 12 years, and as the firm’s main designer, he led the application process to win the commission for a 4000-square-foot window at a new building going up at the United Methodist Church of the Resurrection in Leawood, Kansas. If completed, it would be the largest of its kind in the world.

One of three remaining finalists – the other two were from outside the U.S. – Judson Studios eventually got the gig. The only problem was that Carey’s concept, though very much to everyone’s liking, was not doable using conventional stained-glass techniques. What to do, then? That is very much the question in Holy Frit, a new documentary from director Justin S. Monroe (The Rock ‘n’ Roll Dreams of Duncan Christopher), and the fascinating answer is what takes up the nearly two-hour running time, most of which is deeply enjoyable (and educational!) to watch.

After the initial panic subsides, Carey and his boss, David Judson, reach out to Narcissus Quagliata, an artistic pioneer in the arena of what is known as fusible glass. In old-school stained-glass work, it is impossible to combine colors within a single pane; what mixes arise come from proximity. With fusible glass, however, the amalgamations are, by comparison, endless (not really, but it seems that way). So, working with Quagliata and the company Bullseye Glass, based in Portland, OR, Judson and Carey begin to see light at the end of the quandary tunnel. Unfortunately, before they can proceed, they must effectively learn a new trade and retrofit their warehouse.

All the while, the folks in Kansas, led by pastor Adam Hamilton, worry about the looming deadline of Easter, 2017. Though they admire the work-in-progress, they are less enthusiastic about the rising price tag and potential for delays. Still, what is a congregation without belief? And so they wait, accepting the panels as they arrive. At the same time, tensions rise back in Los Angeles between Carey and Quagliata, Carey and Judson, and Carey and, well, everybody, the stress of the job taking its toll on him, his colleagues and his wife and children.

Eventually, everything is resolved to almost everyone’s satisfaction, as a trip to Leawood today would reveal. Whatever one may think about the artistry and craftwork of the window, the movie showcases a most impressive effort. The “frit” of the title is a kind of ground glass sprinkled over the top of a composition before it is placed in a kiln, and the how of it is what makes the end result successful or not. Watching this procedure in action is fascinating, and if the documentary is ultimately a little long, the information within well rewards our viewing faith.