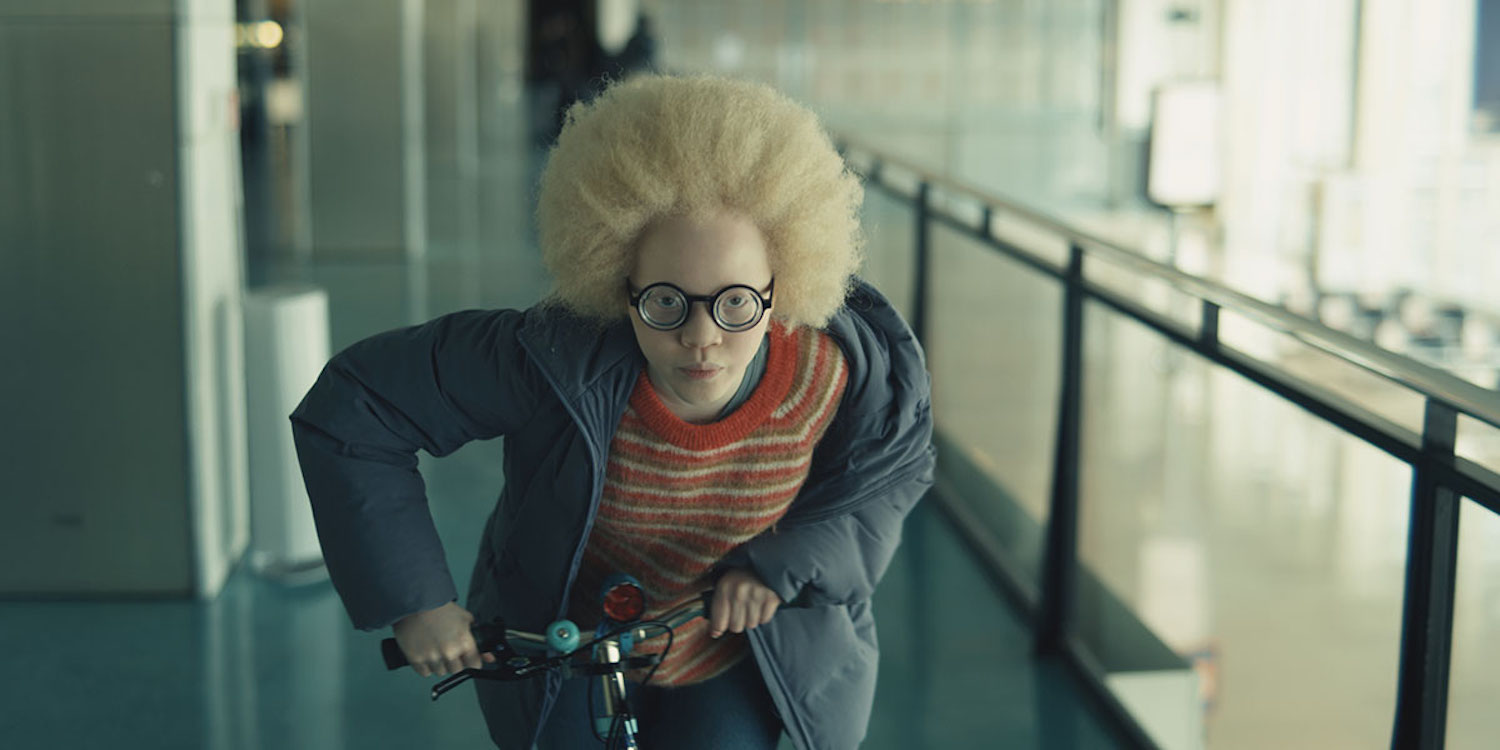 (The 2022 Toronto Film Festival or, TIFF runs September 8-18 in Toronto, Canada. HtN has tons of coverage coming your way so, stay tuned! Check out Chris Reed’s movie review of Hawa Seen it? Join the conversation with HtN on our Letterboxd Page.)

Hawa is a teenage girl with a big problem. Beyond the albinism that unfortunately marks her as an outsider both in general and within her Parisian African community, she is about to lose her primary caretaker. That would be her grandmother—her beloved Maminata—a celebrated local griot who sings in her native Bambara tongue at weddings and other events; she is sick and doesn’t have much time left. And though Maminata keeps trying to find someone to adopt Hawa once she is gone, so far they have had little luck, meaning Hawa might soon be headed for an orphanage. This is the fraught setup of the eponymous Hawa, from writer/director Maïmouna Doucouré (Cuties).

As played by newcomer Sania Halifa, Hawa is a force of nature, despite how timid she initially seems. When first we meet her, she barely speaks, her eyes peering at us behind thick glasses (short-sightedness and long-sightedness are both conditions associated with albinism). But there is fire within, as we see when three neighborhood boys try to rob the convenience store where she works. She maces one of them, pushing him to the ground. Do not mess with Hawa.

One of those young men is actually her only friend, Erwan (Titouan Gerbier, also a first-time actor). He appears somewhat cognitively impaired, which is probably why the other two guys chose him to distract Hawa from their misdeeds. As we will see, though, Erwan very much has his heart in the right place. He is one of many supporting characters here to assist our protagonist on her journey to find a new home.

For she has an idea, and that is to be adopted by Michelle Obama. Excuse me? How so? Hawa watches a news program detailing how America’s former first lady misses her children. When she learns that Obama is coming to Paris she decides then and there that she is the perfect candidate to rescue Hawa from disaster. This, then, becomes the arc of the film, with Hawa going on a series of misadventures in which she always just misses her chance to meet Obama. Until, that is, a very surprising twist ending.

Doucouré, as we saw in Cuties, has a marvelous touch with young, untrained performers, bringing out their naturalness in completely unforced ways. She also, as it turns out, does quite well with celebrities, dropping French household names into the picture, such as pop star Yseult and astronaut Thomas Pesquet, both of whom enrich the movie with their respective presences. I am ashamed to say I knew neither of them beforehand and just assumed they were actors. Not so. The same goes for Oumou Sangaré, who plays Maminata. She’s a Malian singer whose role here is crucial to the heartbreaking poignancy of the story, and she more than just carries her part.

Doucouré also does a marvelous job with tone. We need to be on the verge of crying many times, but she always leavens the tragedy with copious humor. I still haven’t quite recovered from one scene, in particular, where the worst happens, but then I also laughed quite a good deal. Let’s give a big round of applause to Doucouré, who didn’t let the manufactured controversy over her first movie stop her from upping her cinematic game. Hawa is a delight.