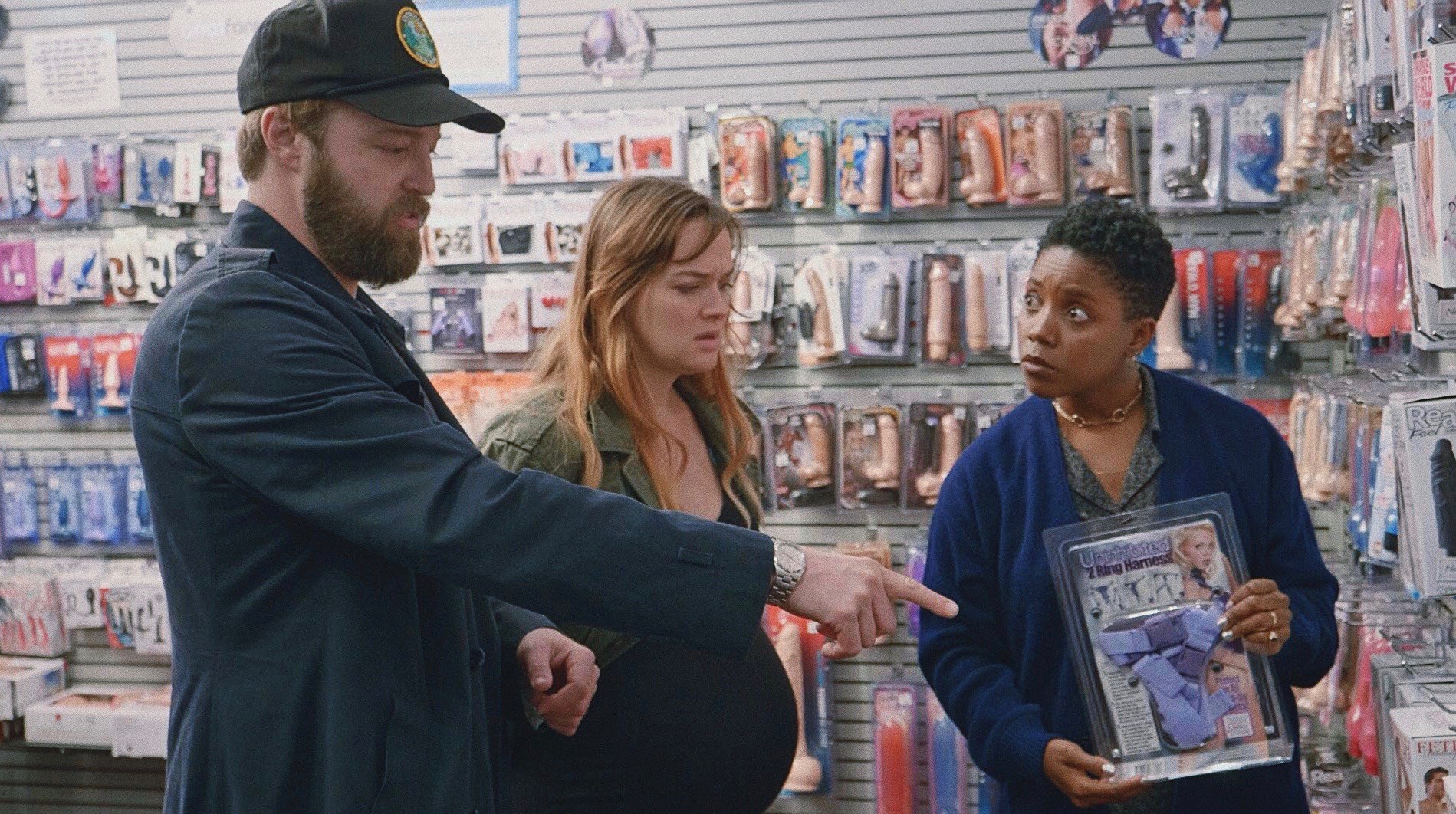 Editors Note: After a successful festival run, Fully Realized Humans is now available to buy or rent on all digital platforms. (Initially reviewed out of the amazing Bend Film Festival, which ran October 8-25 in gorgeous Bend, Oregon.)

After I had my first baby, I remember thinking that I’d wished people had been more forthcoming with me about what to expect. There are so many ugly surprises along the way to parenthood. Instead, it was a lot of “it’s the hardest job you’ll ever love.” But Joshua Leonard’s (The Lie) latest directorial outing, Fully Realized Humans, shows what happens when friends who are indoctrinated into parenthood decide to be brutally honest with the parents-to-be. Turns out, it might be better to discover the horrors for yourself.

Starring Leonard (The Blair Witch Project) and an actually eight-months-pregnant Jess Weixler (Teeth), the film explores what happens when brutal honesty sends the impending parents, Jackie and Elliot, into a sort of mid-pregnancy crisis in an attempt to work out all their shit before their baby arrives. In other words, they want to become “fully realized humans” in order to raise their offspring in a functional environment.

It all starts at a hipster co-ed baby shower, where Jackie and Elliot’s friends follow up gift-opening with a whole lot of opinionated oversharing. You should breast feed, but you shouldn’t tell people they need to breast feed. You should co-sleep but you also should never co-sleep, and don’t even worry about that because you won’t sleep at all. You’ll be too busy worry about crib death. Be ready with a birth plan but know that your birth plan is useless and prepare yourself for having your nethers torn from stem to stern. “But you guys are gonna kill it,” they say, as Jackie and Elliot struggle to catch their breath.

This smorgasbord of candidness sends our protagonists down a Y.O.L.O. spiral. Part of that involves doing things they’ve always wanted to try, like pegging and tagging a wall. But all those hijinks are just the amuse-bouche to the main course: working out their issues with their own parents. Jackie’s father struggles with a painkiller addiction and regularly asks her for money. She doesn’t want to enable him but she also doesn’t want him to get evicted. Elliot has a lot of suppressed rage because of his father’s misguided attempts to “toughen him up” and his mother’s lack of affection or advocacy.

Leonard and Weixler imbue their characters with an affability that lingers even as they’re being their worst selves. Much of this stems from the expertly crafted mumblecore script penned by the film’s leads. Jackie and Elliot are fun, well-meaning people who let their hearts and their therapy platitudes lead them through this most transitional of periods. At times, I felt like this is what it would be like to be married to myself. It’s not always pretty, but it’s never boring. Nifty animation sequences separate the chapters and further serve as visual hints into what’s eating these people. Leonard went to the Lynn Shelton school of storytelling and utilizes her longtime D.P., Ben Kasulke, to round out the team. Fully Realized Humans is a delight for hipster parents everywhere.