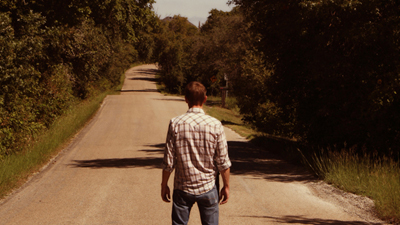 As a producer, James M. Johnston is on a bit of a hot streak. Since its premiere at Sundance and subsequent purchase by IFC Films, David Lowery’s Ain’t Them Bodies Saints has become one of the most talked about new American films of 2013. This month, general audiences will finally get a chance to see it for themselves, as ATBS opens theatrically on August 16th and becomes VOD-able on August 23rd.

This past week has brought Johnston into the producer’s spotlight once again, with a major casting announcement regarding Alex Ross Perry’s new project Listen Up, Philip. Johnston and his Sailor Bear cohorts Toby Halbrooks and Lowery signed on to produce Perry’s ambitious follow-up to The Color Wheel, proving that they are intent on expanding their horizons. (I should point out that I have read a recent draft of Listen Up, Philip, and, I mean it when I say that if they are able to transfer 80% of those words to the big screen, Perry is destined for something akin to God-like status in France.)

Having said all that, before the world starts to think of Johnston as only a producer (or vegan food kingpin), we thought we should politely remind folks that he’s a very talented director in his own right (he’s currently putting together his feature debut, Seize The Body). Shot on Super-16 (by Hutch), starring Charles Baker (Breaking Bad), edited by Lowery, and featuring music by Curtis Heath, Johnston’s Knife is a haunting 12-minute affair that boldly abandons a more traditional form of storytelling—dialogue? who needs it!—in making its firm point about how the current American powers-that-be/1% better watch out and be respectful of us 99%ers, or they’re in for a painful wake-up jolt (pun intended).