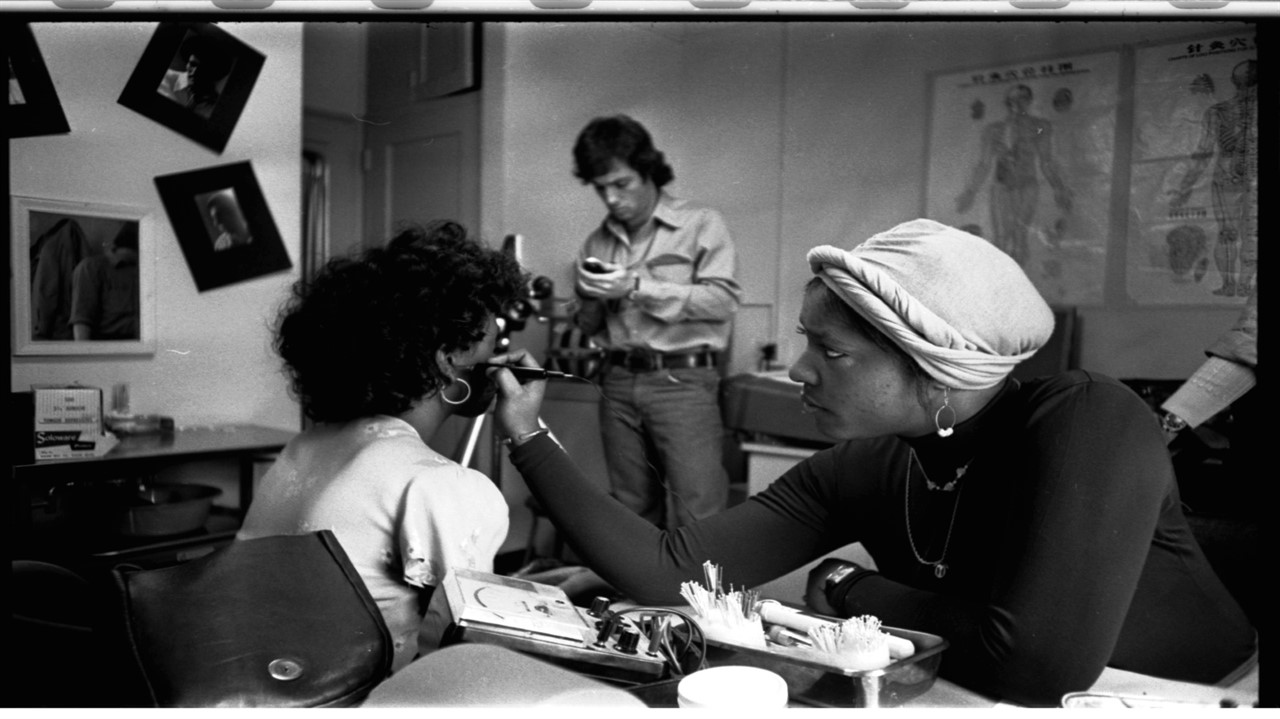 You can watch Dope is Death FREE now below

If dope is death, then Qi is life. Not to get too Jedi on you, but Qi can best be described as the lifeforce that flows through us. Eastern medicine — like acupuncture — focuses on the flow of Qi. For those skeptical of the benefits of sticking 5 needles in your ear (the NADA points), look no further than Mia Donovan’s new documentary Dope is Death, about Harlem’s early acupuncture scene. While this holistic treatment is detoxifying for drug addicts, the film’s wondrously assembled archival footage is intoxicating for documentary buffs. It certainly feels like a real discovery, in a time when income inequality and access to affordable healthcare are top of mind.

The South Bronx in the 70s and 80s was stricken with a heroin epidemic. Upwards of 100,000 were addicted, and lower income folks were not getting the care they needed from Lincoln Hospital. So the people decided to rise up and take it over. The Black Panthers, teaming with a new group called “The Young Lords,” were instrumental in this uprising of what they called the “People’s Hospital.” And though the police quickly sent in a platoon to quell the situation, the people were heard, and a new clinic was established at Lincoln, run by the people. This clinic was seen as revolutionary for providing free quality healthcare.

Corporate doctors were pushing methadone as a treatment for heroin addicts, but the interviewees argue that methadone treatment just substitutes one addictive drug for another. Acupuncture “took the edge off,” as they say, and could provide relief for withdrawal symptoms without any side effects or dependencies. The government saw it as a threat. A terrifically telling scene shows Richard Nixon shouting down a black woman who is demanding better conditions. Eventually the FBI got involved, and targeted the leaders of the movement. One of whom, Mutulu Shakur (the stepfather of slain rapper Tupac Shakur), remains in jail to this day. Wikipedia says that Shakur was one of six Black Liberation Army members to carry out a robbery of an armored car in which one of the guards was killed, as well as two police officers. However, the film contends that Mutulu was not involved at all, and that his conviction and incarceration under the RICO act are unjust. In other words, he was taken down for being perceived as the ringleader.

Mia Donovan’s film uses acupuncture as an entry point into the racial and economic injustices of our time. Never heavy-handed, the doc flows freely from one story to the next, creating a world that is simultaneously warm and friendly and violent and punishing, depending on the day. Donovan is a brave storyteller, and though she does not push the envelope aesthetically, the archival sourcing and editing is a highlight. Practitioners, patients and skeptics alike should find much to dissect in this dope (the good kind) documentary.