AFTER THE FALL: TWO GENERATIONS OF THE VIETNAM CONFLICT

(After The Fall screens at the 2010 Nashville Film Festival on Friday, April 16th and Monday, April 19th. Its next festival appearance will be at the Indie Spirit Film Festival in Colorado Springs [April 23-25]. To order a DVD, visit the film’s official website.)

Producer/director Joe Pacheco’s After the Fall is about two generations—two fathers and their sons—trying to make spiritual peace in their individual relationships with the country of Vietnam. One of those fathers, John Bissell, was a volunteer in the Marine Corps and went over to fight in March of 1965 at the age of 23. Single at the time, he says, “I was quite happy where I was… for a while.” The other father, Bill Meis, was a draft resister who left the US with his wife and moved to Montréal where they conceived and raised their two children.

Bissell, in particular, is a strong storyteller, forthright, unapologetic and open to exploring territory that’s been covered over by pretty thick scar tissue. Especially affecting is his admission that upon arriving in Vietnam as a young soldier, he realized that not only had he and his fellow enlisted men not received anything close to “cultural sensitivity” training before entering this foreign land, the Viet Cong had not had any either. It was a war—they were meant to fight and kill one another, period. However, the decisions he had to start to make became a burden since he was sending many of his soldiers into death traps on a regular basis. Yet, he always followed the main directive of “keeping the mission going.” After being badly wounded and narrowly escaping debilitating morphine addiction while in the hospital, John was promoted to company commander and sent back into battle after a full recovery. He did have a choice to go to Japan for extended R&R, but he took the army’s commission “because he missed his folks” (i.e., his battalion unit).

His son, Tom, is a writer who was commissioned by Harper’s Magazine to write an article about a father-son journey back to Vietnam, entitled “War Wounds: A Father And Son Return To Vietnam“. It was published in the December 2004 issue. Bissell fils was so moved and engaged by the trip that he decided to go back the following year to write a book. April 30, 2005 would be the 30th anniversary of the fall of Saigon.

In Meis’s case, he and his young family came back to the States seven years after leaving for Canada in response to then President Ford’s amnesty for draft dodgers (with a public apology and two years of service required in exchange for being let back into the country). Bill Meis rejected those terms and was arrested for his protest. He was released but had to go stay with his family in Georgia. His indictment was summarily dismissed and he became a minor celebrity, his story featured in Newsweek and other major national publications, with personal radio and TV appearances. Pacheco uses fantastic footage of some interviews Meis did, with his wife sitting quietly by his side. Meis is challenged by still-angry citizens in one particular radio program, most of whom served in Vietnam and/or lost sons in battle there. 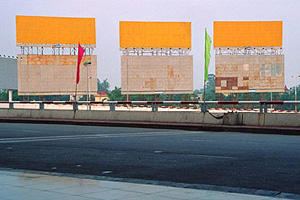 Morgan Meis, Bill’s son, explains some of his personal impetus for going back with Tom to write about the celebrations there, and mentions the fact that “we’re in a war again,” one of a handful of references to America’s current, and protracted, engagement in Iraq. Earlier, Tom and Morgan had met through mutual friends when Morgan and his wife went to Vietnam for their honeymoon. The two men became fast friends, one a son of a volunteer officer, the other the son of a draft resister from the same war.

From the start, the film displays an accomplished and robust structure as Pacheco extracts strong narratives from his subjects (each highly articulate and thoughtful). Against those narratives, he juxtaposes phenomenal archival material from the National Archives and Thames TV, and from both Bissell’s and Meis’s personal archives, which offer up rich jewels of 8mm film footage.

It’s when Pacheco accompanies Tom and Morgan to Hanoi, or Ho Chi Minh City as it’s now called, that the story takes its wild turn and trouble ensues. It turns out to be trouble on an international scale when Morgan and Pacheco, with camera in tow, go to meet with visual artist Tran Luong in his home. Luong was five years old when his city began being bombed and moved to the countryside with his family where he learned to paint. He is now one of Vietnam’s most influential artists and curators, but an enemy of the government for what is perceived to be seditious work. He is always watched and when the filmmakers go to visit him, they realize that every movement they’ve made since entering the country has been surveilled, too. By talking to this dissident artist, they bring the wrath of the officials down on them (a whole battalion of soldiers shows up on Luong’s doorstep during the interview) and Pacheco and Morgan get kicked out of the country after being interrogated for several hours. Their visas are revoked and they are given 24 hours to leave. They are accompanied to the airport by a phalanx of “thugs,” as Morgan calls them. Tom is allowed to stay behind but knows that his every movement will be watched very carefully.

This is a vastly different experience than they anticipated, just as Vietnam was a vastly different experience than was ever expected for the soldiers that went to fight there. These parallels are not lost on Tom. Morgan and Tom ended up writing about this adventure, which appeared in a collection of essays entitled The Best American Travel Writing 2006

Special mention should also be given to the outstanding soundtrack from The Black Angels who channel the sounds of The Doors like nobody’s business and supply the viewer with a powerful aural component, a sense of the timbre and atmosphere of that era in this country where we watched young men (and women and children) being killed in a far-away land on our TV news every night. 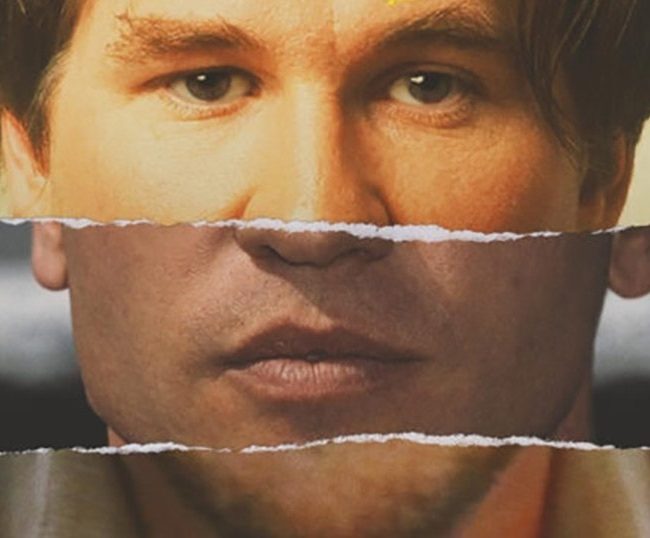