THE CURBSIDE CRITERION: HEART OF A DOG

(We here at Hammer to Nail are all about true independent cinema. But we also have to tip our hat to the great films of yesteryear that continue to inspire filmmakers and cinephiles alike. This week, our “The Curbside Criterion” continues where HtN staff can trot out thoughts on the finest films ever made. Today HtN Lead Critic Chris Reed digs deep into the new Blu-Ray release of Heart of a Dog, the tough-to-define autobiographical doc by Laurie Anderson.)

I first encountered the work of multimedia artist Laurie Anderson when I heard her haunting 1981 hit song “O Superman.” As it turns out, that is how most of the world initially discovered her, as well. At some point, I may have bought the Big Science CD (her debut album) where the song was featured, and I have a vague memory of also checking out Strange Angels, released in 1989. Still, for years, when I thought of Anderson, it was as the singer-songwriter of “O Superman.” Nothing wrong there, per se, since it’s a great composition, but there is a lot more to her than that one song, or even her music. Hence the label “multimedia” artist, a term, we learn from one of the special features on this new Criterion Blu-ray of her 2015 experimental moving-image autobiography Heart of a Dog, with which she has a love/hate relationship. On the one hand, it’s so broad that it means nothing; on the other, it’s liberating, since no one can put you in a creative box, given that you are expected to mix and match different media in your work. Anything, in other words, goes.

Which is certainly the case here. A metaphysical meditation on just about everything, albeit as filtered through the details of Anderson’s own life, Heart of a Dog (which made it to the 2015 Oscar documentary shortlist) is a mesmerizing audio-visual tone poem, alternatingly bracing and hypnotic. The dog of the title is Anderson’s late rat terrier Lolabelle, whom we see in archival footage as well as reenactments (where she is played by other rat terriers). Following the 9/11 terrorist attacks, Anderson journeys west with her, to California, only to find parallels between the feints of predator hawks, as they dive towards the dog, and the crashing of hijacked airplanes. This is how the film is constructed, as a series of memories embedded in dreams and visions, the whole narrated by Anderson in her simultaneously ironic and sincere voice that alternates between laughter and tears, sometimes in counterpoint to what we see. There is animation, painting, home movies, poetry flashing on screen, and so much more. And always, as the spine of the piece, there is Lolabelle, departed but ever beloved. Into this heady mix Anderson also wedges stories from her childhood – some quite harrowing – as well as quotes from Wittgenstein and copious amounts of Tibetan Buddhism. “Is it a pilgrimage?” asks Anderson at one point. “Towards what?” she, herself, responds. Good questions, and everyone will have a different answer. 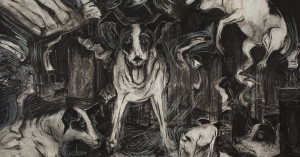 For me, it all works, and I love Anderson’s blending of narrative and documentary, conventional storytelling and experimental techniques. Underneath it all is an often evocative score, which one can purchase as its own album. The music is so integral to the experience, it’s a shock to realize that the disc offers one the option to watch the film without it. Especially since the final song, over the credits, is not by Anderson, but her late husband, Lou Reed, whose loss is never once mentioned, making his appearance in the music at the end a kind of ghostly tribute. I saw no point in rewatching the film without its soundtrack (though the sound design and voiceover are still there), but you are welcome to do so and let me know how it compares. The other options on the Blu-ray, which is presented in high definition (the film, itself, was shot in a variety of digital formats) and 5.1 surround sound, include five different sets of video extras, and two separate booklets, all briefly reviewed, below. Heart of a Dog is not for all viewers, but I highly recommend it for fans (even casual, like me) of Anderson, and experimental work, in general. Criterion’s usual fine package mostly serves the movie well.

As noted, there are actually two separate inserts:

Once more, there are five video special features:

Overall, then, another fine entry in the Criterion canon, perfect for devotees of dogs, documentaries, and dazzling experimentation. Enjoy! 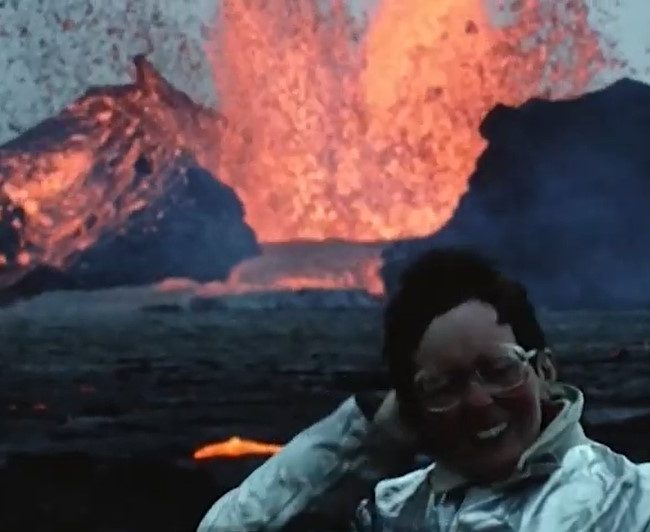