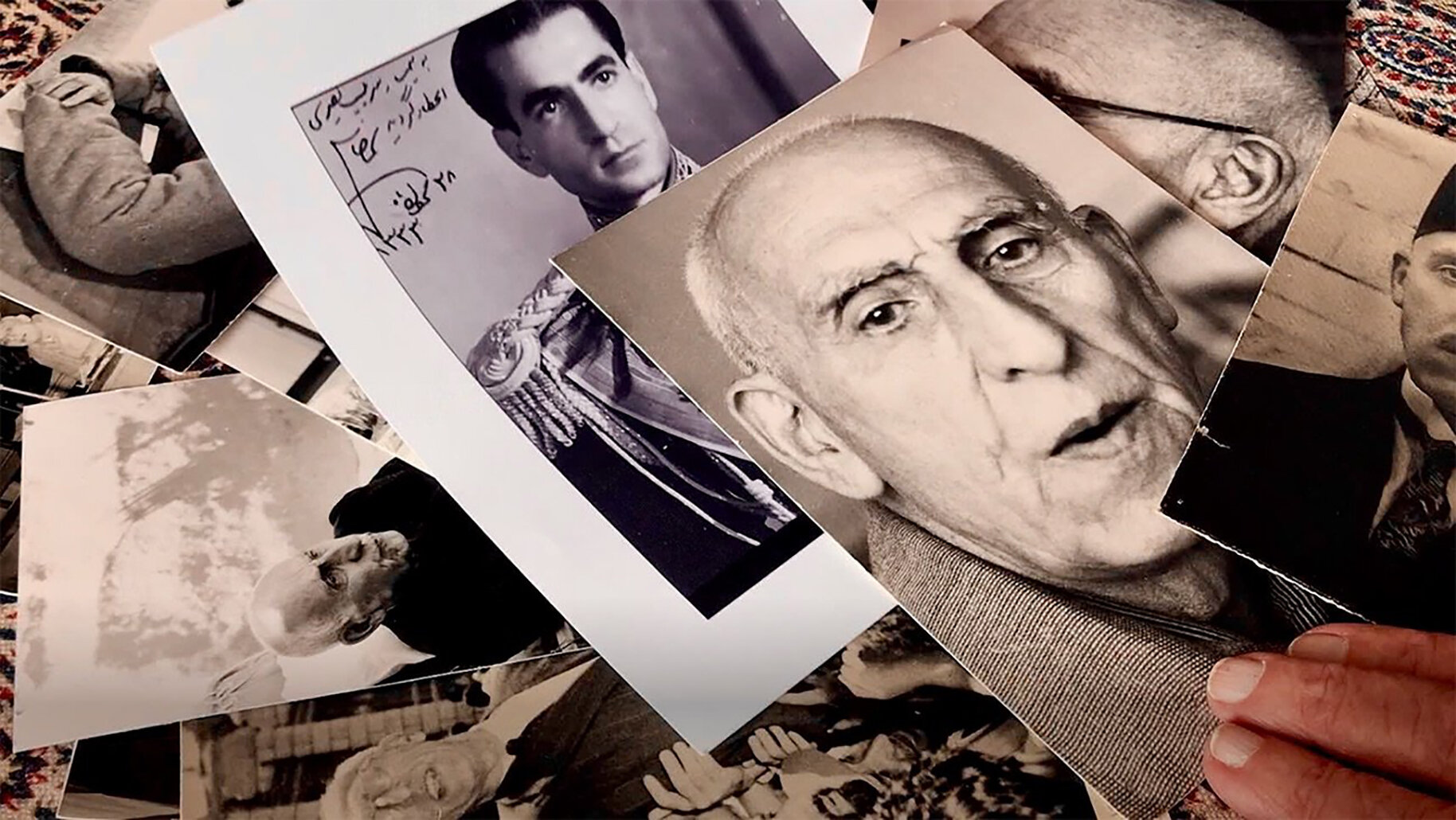 (After a successful festival run, Walter Murch and Taghi Amirani’s Coup 53 is available now via the films website. Like what you see here on Hammer to Nail? Why not give just $1.00 per month via Patreon to help keep us going?)

Iranian-British director Taghi Amirani’s Coup 53 is equal parts investigative documentary, thriller, and analysis of media narratives. Most Americans’ knowledge of Iranian history begins with the hostage crisis and ends with uranium enrichment. For those unfamiliar with the American/British orchestrated coup of the democratically elected Iranian prime minister Mohammad Mossaddegh, Coup 53 will be revelatory. For those with only a general knowledge of the coup, Coup 53 adds detailed shading to what is perhaps the twentieth century’s most exemplary instance of foreign policy blowback. In short, Iranian animus toward the West  —  especially against the United States  —  stems from Iranian grievances born out of the 1953 coup.

Mossaddegh’s name evokes a hazy prehistory, a mere prelude to the Shah’s regime of terror and the Iranian revolution that later deposed the Shah. Coup 53 gives dimensions to Mossaddegh’s humanity. He is described by family members and supporters as educated, humble, serious, honest, incorruptible, and devoted to democracy — this makes the American/British coup all the more morally reprehensible. Iran was never a British colony, but British Petroleum had commercial interests there. When Mossaddegh announced he was going to nationalize Iranian petroleum for the benefit of Iranians   — many of whom lived mud huts  —  the British felt they had to depose the individual responsible for ending their era of resource extraction.

What makes Coup 53 different from other documentaries on Iran is Amirani’s (Red Lines and Deadlines) thesis. Amirani gives evidence for the view that the initiators of the coup were MI6 and the British government. History attributed primary responsibility to the US, but that is because the British tried everything possible to play down MI6’s role. Amirani starts his forensic investigation where expected  —  declassified CIA documents. CIA documents mention British participation in the coup, but that is all. The most revelatory document involving the primary role played by the British is not a government file; but, of all things, a script for a 1985 British documentary television series titled End of Empire. The script curiously cut out an interview with an MI6 agent named Norman Derbyshire. Amirani tracks down an uncut script that was leaked to a journalist in which Derbyshire admits to killing Mossaddegh’s chief of police and to being the director of the coup.

The hypothesis furthered by some of those interviewed in Coup 53 as to why Derbyshire, a career MI6 agent, blew his own agency’s cover is simple  —  vanity. Derbyshire thought that the US got too much of the historical credit for an operation that was directed by him and masterminded by MI6. Herein lies the element that makes Coup 53 such a fascinating watch: Derbyshire chose a television show as the most appropriate vector through which to vent his suppressed vanity. That same television show was then urged by the British government to censor the Derbyshire interview which in turn created a suspicious breadcrumb trail for Amirani to follow. Coup 53 unmasks the complicity between the British government and British media  —  the Mossaddegh coup ran deeper than we previously thought.

As Derbyshire put it, “the Americans were new to the game.” The game he referred to was covert actions and staged coups. The British approached President Truman with their plans for the coup, but he was hesitant to participate. When Eisenhower won the presidency, the British, along with Eisenhower’s Secretary of State John Foster Dulles, convinced Eisenhower to lend his support to the coup. Mossaddegh, committed as could be to democracy, tolerated the existence of an opposition Iranian Communist Party in his country. Churchill and Eisenhower formulated their justification for the coup in Cold War terminology  —  Mossaddegh was a communist sympathizer.

For the last third of its runtime, Coup 53 moves at a brisk pace, piecing together the players and historical events that make up Iranian history. After Mossaddegh nationalizes Iranian oil, the British leave Iran in a tizzy, sabotage refineries so that Iranians cannot use them, and erect a global embargo against Iranian oil in order to ruin the Iranian economy and turn the population against Mossaddegh. MI6 and The CIA then reach out to the exiled Shah and foment anti-Mossaddegh protests in Iran, both agencies train the Shah’s secret police  —  SAVAK — in torture and repression, all of which ends in a coup and a sham trial resulting in Mossaddegh’s solitary confinement.

Those that Derbyshire described as “new to the game” became its best players. The US figured out that they could covertly topple democratically elected leaders unfavorable to them without suffering the loss of American troops, major military investment, or overt negative publicity.

The model was replicated in Guatemala, Chile, and numerous other countries. Americans often repeat the idiom, “a win-win.” The US thought that by joining the British coup they would get their win-win  —  covertly remove Mossaddegh, install the friendly but brutal Shah, and once again grant access to US and European petroleum companies to Iranian oil. Iranians never forgot the coup that deposed their democratically elected leader. The blowback came in the form of the Iranian Revolution. We must ask ourselves if the coup of 53 was worth it given the current precarious relations between the West and Iran. Sometimes a win-win becomes a win-win-loss.