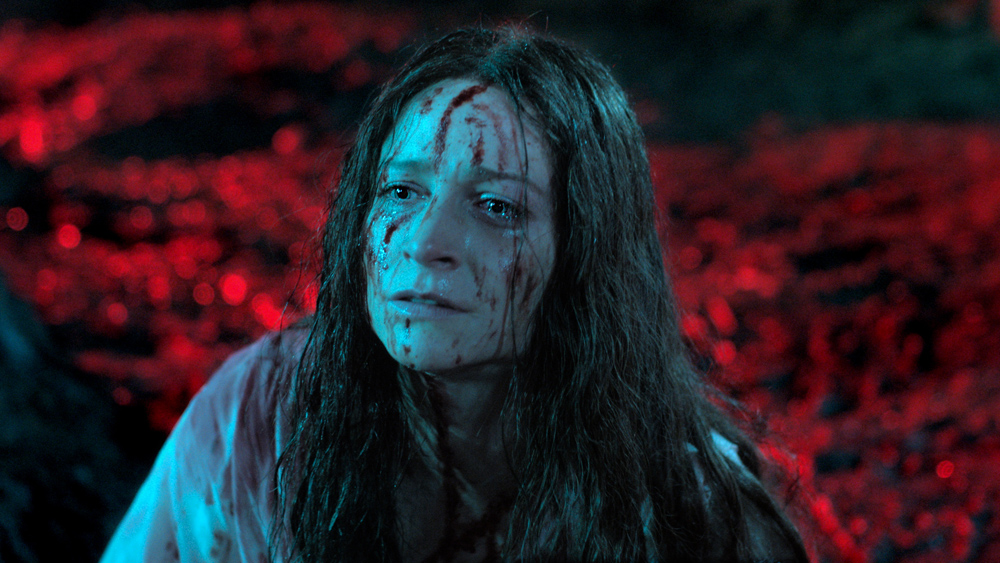 Censor goes overboard with the third act of an otherwise excellent film. Prano Bailey-Bond was named a “filmmaker to watch” and not without reason with her richly color schemed, in-depth story of a woman’s spiral into madness, and ample choices made in the film. I will add another someone to watch with cinematographer Annika Summerson and colorist Vanessa Taylor.

Starring Niamh Algar as Enid focused on her meticulous work as a film censor in 1980s Britain with a nod to the history of “video nasties.” For those of us across the pond, that is the colloquium for exploitation and low-budget horror films during the era of VHS. Enid watches film scenes as a censor to determine ratings, what needs cutting, and what is too gratuitous.  But when a murder that happens seems to take inspiration from a film she allowed into the public, she must counter the crowd’s hysteria. Meanwhile, her sister’s long-ago disappearance triggers memories, leading her down an inevitable but cringe-worthy path.

Despite the best intentions of leading us down the rabbit hole of this mysterious story and various circumstances in the first two acts of the film, Bailey-Bond goes into the genre she critiques, fully embracing every stereotypical move that works like a lead balloon. While she flattens the mystique built up in the plot, the silly slasher takes and gags shift the narrative in unpleasant ways. But despite this letdown, the filmmaker’s vision is something special.

I look forward to seeing what is next from her.