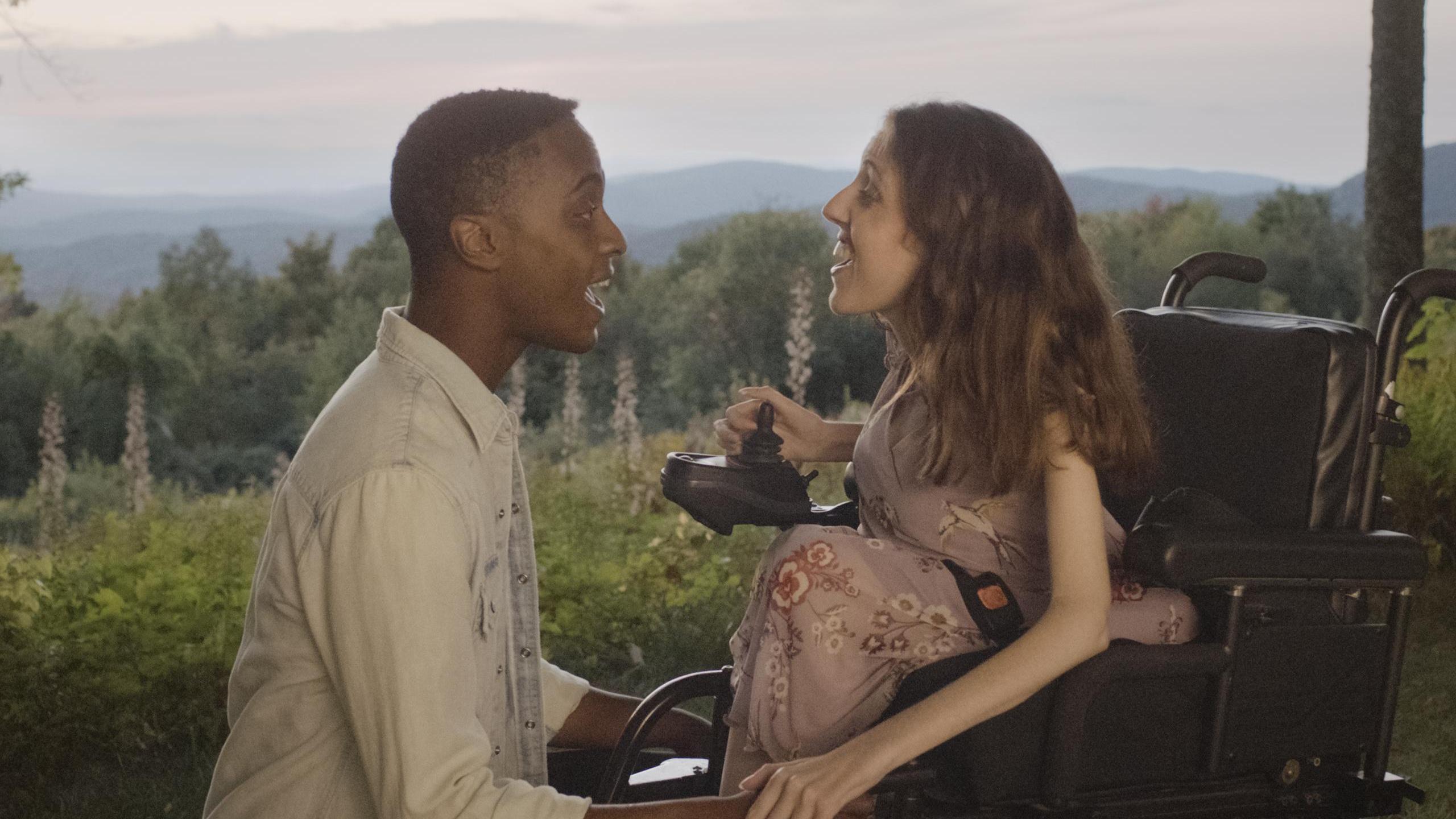 Girl meets boy, boy meets girl, however it goes over the summer, and each lies to the other about their true identity. Lo and behold, they soon find themselves at the same high school, where the truth comes out. The love they thought they shared was based on fiction, and with hearts broken, they drift apart. Sound familiar? No, it’s not Grease, though the plot bears some more-than-superficial similarity to it. We’re talking Best Summer Ever, an equally delightful musical from directors Michael Parks Randa and Lauren Smitelli, featuring a cast of actors with and without disabilities, all integrated together in a dizzyingly fun romantic dramedy. “Tell me more, tell me more,” you say? I’d be glad to.

By the end of their time at Lake View Dance Camp, in Vermont, both Sage (Shannon DeVido) and Tony (Rickey Alexander Wilson) are deeply in love, and promise to stay in touch. He’s headed back home to New York City and she somewhere off with her two moms. What neither tells the other is that: a) Tony is not from the Big Apple and does not go to a dance academy, but rather is from rural Pennsylvania and a football star; and b) Sage’s mothers are marijuana dealers, staying in one place just long enough for the “growing season” before decamping to somewhere new. As luck would have it, the latters’ Airstream breaks down in Tony’s hometown, and so Sage soon finds herself the new girl at the same school he attends.

Despite his deep interest in dance, Tony doesn’t want anyone to know about it, as everyone thinks of him as a jock, including his coach, who just happens to also be his adoptive father. Sage can’t have anyone discover her family’s way of earning a living. so has something to hide, as well. Complicating matters further is cheerleader Beth (Madeline Rhodes, aka MuMu), who needs Tony to remain a sports king so he can take her to Homecoming as his queen. When she finds out that Tony and Sage dated over the summer, she panics and then soon starts scheming to keep her plans on track. As she weaves her web of mischief, can our protagonists untangle their own one of deception before it’s too late? Or is the “best summer ever” truly a moment lost? Sing along and find out (the subtitles that change color as each word passes help)

Everyone here is having a blast, and their joy is infectious. I went into the movie mostly cold, aware of the general idea of integration but unaware of the plot, and at first I thought the actors with disabilities were meant to appear as such on screen. Not at all. Everyone is equal in the eyes of the directors, with football players, cheerleaders, announcers, teachers, town auto mechanics, and others played by a variety of performers of all kinds. Tony is without evident disability; Sage is in a wheelchair. If they can sing, they sing; if they can dance, they can dance; if they can throw a ball, they do so, too. Beyond this diversity, the film also celebrates those of race, sexual orientation and more.

And then there are the songs, which delight, including the title number. There’s almost too much good cheer on display for one story, so MuMu’s wonderful Beth is a welcome reprieve. Adding to the zesty glee are cameos by well-known actors like wife-and-husband duo Maggie Gyllenhaal and Peter Sarsgaard (who are also producers) and Benjamin Bratt. I didn’t think I would fall so hard for Best Summer Ever or think of it as  “the one that I want,” but it was not only that, but the one that I needed. The world is a happier place now, and I am eternally grateful.