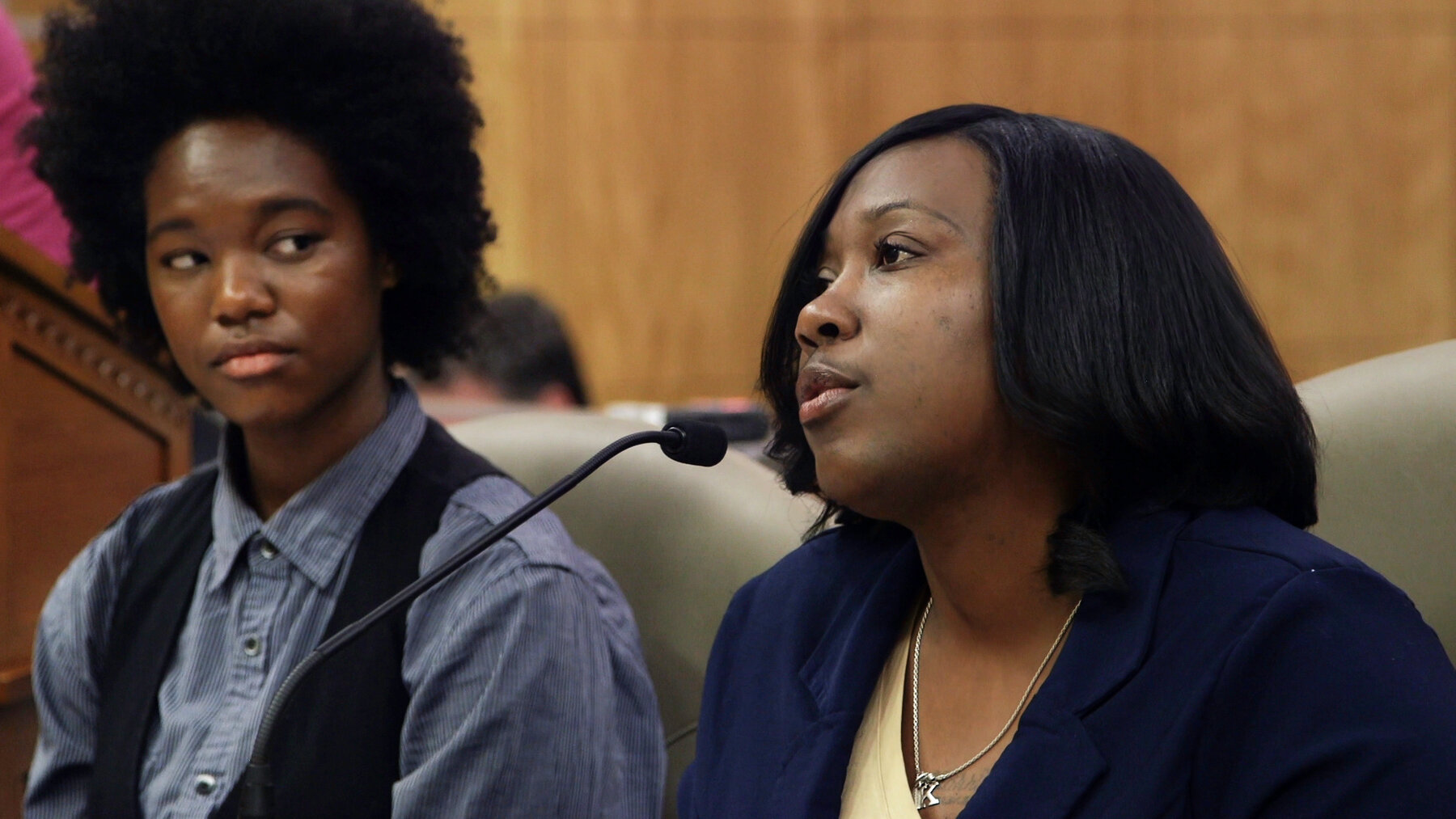 (Erika Cohn’s Belly of the Beast is available now in Virtual Cionemas across the U.S. Like what you see here on Hammer to Nail? Why not give just $1.00 per month via Patreon to help keep us going?)

Cost-benefit analysis. That’s the entire explanation for long-standing damages to women, particularly BIPOC women, in the prison system for generations in America. Eugenics feels like a far off historical note but the issue is alive and well as doctor forced sterilizations, disputed by organizations like Justice Now and finally stopped in California in 2013.

But before you rest easy, the documentary Belly of the Beast, directed by Erika Cohn, takes us on a long journey from the 1900s to a federal ban in 1979 that did little to change the prison system. Thanks to Kelli Dillon for opening up about her experience we are taken on a journey of discovery that little has changed nationally.

the unlawful and non-consensual sterilizations don’t continue throughout our country. That

people will look into the prison system and practices in their own state. I want them to actually

see our faces, and understand the human side of what’s happening,” Dillon shares.

The contemporary legal battle which includes attorney Cynthia Chandler who in growing up in the punk scene learned her White privilege allowed her freedoms others didn’t have. So she dedicated her life to helping others like Dillon. Cohn, putting the human element first in the story brings us into the lives of these women both in the courtroom and behind bars. While we sympathize and relate to the people in the film, Cohn doesn’t shy away from statistics either, revealing the over 1,400 women in a 5 year period had forced sterilizations behind bars in California.

And while there is a happy ending for Kelli and female prisoners in California, before the film could even release news of forced sterilizations in Georgia broke headlines reminding us the work is far from over.

“The Belly of the Beast film team stands in solidarity with the immigrant women under ICE custody at ICDC who were forcibly sterilized, in addition to the courageous nurse whistleblower who came forward with additional evidence. Today’s complaint filed by Project South, Georgia Detention Watch, Georgia Latino Alliance for Human Rights, and South Georgia Immigrant Support Network illuminates a heinous pattern of hysterectomies in addition to other gross medical and human rights abuses.

I have spent the past decade examining human rights abuses, including forced sterilization, in California’s women’s prisons as both a volunteer legal advocate and as a filmmaker for the soon to be released documentary Belly of the Beast. Because of the levels of secrecy and privacy institutions hide behind, it’s incredibly difficult to uncover abuses of power and state sponsored violence. We demand immediate accountability for these eugenic practices, justice for the survivors and safeguards to prevent future abuses. America must reckon with its eugenic history and prevent a new genocide from occurring.” Director Cohn shared.

A must see documentary, Belly of The Beast could be a catalyst for real change. The film is now available on demand.