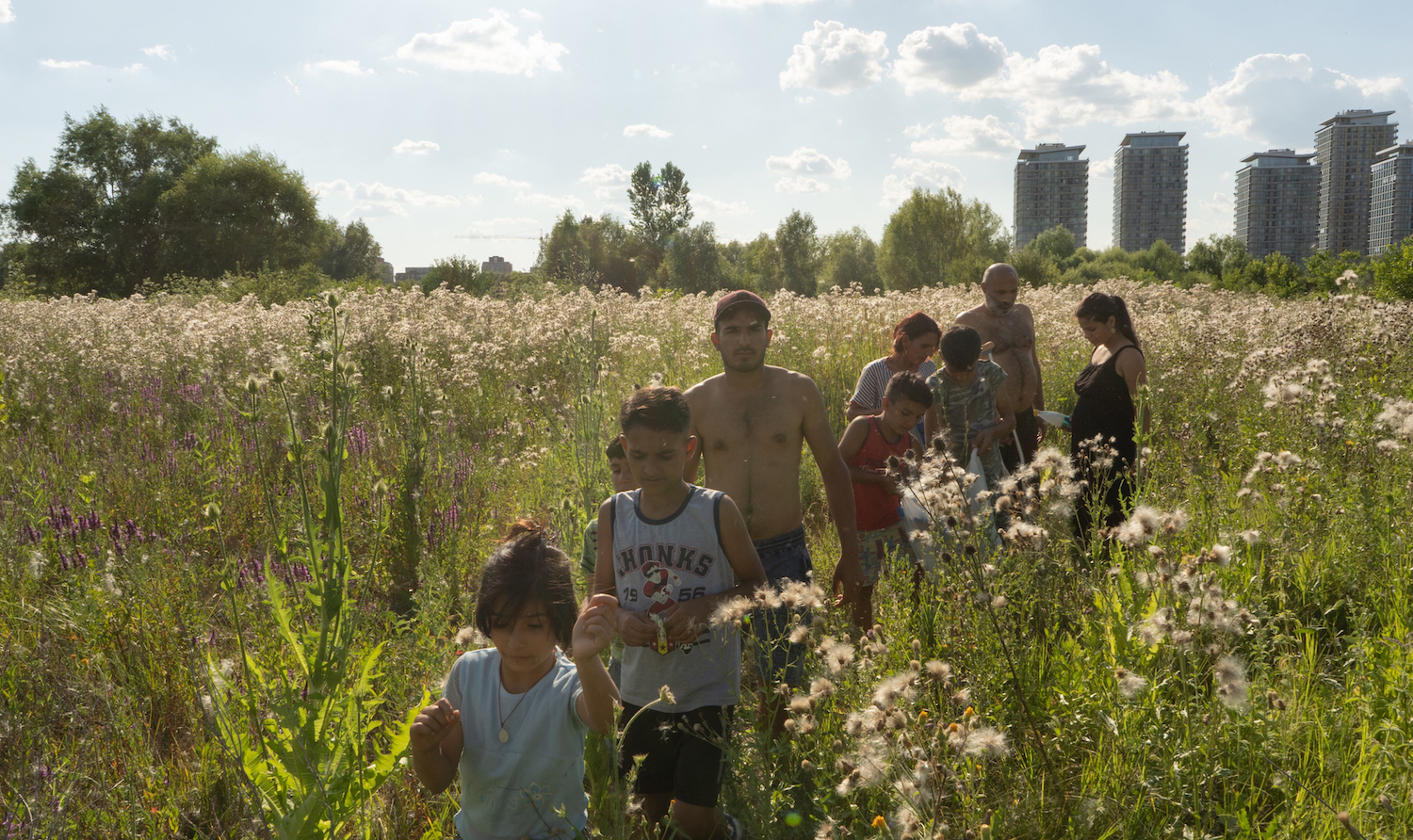 On the immediate periphery of Romania’s capital city of Bucharest lies an accidental nature preserve, the result of the country’s leaders neglecting a water reservoir after the late-1980s fall of communism. There lives the Enache family – mother, father and nine children – in a ramshackle structure alongside a horde of animals domestic and wild. It’s an idyll of sorts, though they squat in as much filth and squalor as rough-hewn, wholesome bliss. Their situation is about to change, however, as the current government declares the area – Văcărești, as it is called – an urban nature park. No longer will the land be free to live on, and so the Enaches must abruptly adapt to civilization. It’s a brutal journey, even if geographically short.

In Acasă, My Home (“acasă” means “home” in Romanian), first-time director Radu Ciorniciuc follows the clan as they leave their makeshift paradise for a metropolitan hell, or at the very least, limbo. Over the course of three years, he follows them through the turbulent transition, as the kids adapt to the rules of school and the restrictions of city ordinances, struggling to master reading, writing and the simple fact that they cannot hunt and fish whatever and wherever they want. Patriarch Gică may have taught them how to fend for themselves on the water and land of Văcărești, but the ways of Bucharest remain a mystery. Once a chemist’s assistant, he long ago abandoned modern life for what he deemed a cleaner, simpler existence. That past now haunts him, even as he spouts bitter resentment at the forces that have brought him back to the present.

Of the nine children, the narrative focuses most on Vali, who turns 18 towards the end. Given his age, he is the most behind, on the scholastic side, of all his siblings, but also the most advanced, as far as the skills his father taught him, able to parlay them into a gig working at the new park (aka his former home). His brothers and sisters have their own drama, but in the film’s tight 86 minutes, Ciorniciuc trains his lens most intensely on Vali, dad and mom, though this last one remains somewhat of an enigma, her own story so closely wrapped up in that of her family’s. Jumping from moment to moment, sometimes elliptically, the director builds his moving, impressionistic tale as a vibrant cinematic patchwork, the final quilt a powerful exploration of how we treat those on society’s edge.

For though Ciorniciuc never explicitly states the Enaches’ ethnicity, they appear to be outsiders beyond their socio-economic status; possibly Romani, possibly from another one of Romania’s minorities. Some are kind to them, others not; at one point, we see iPhone footage of the police punching one of the boys for fishing in a city pond. A landlady reassures the family that she discriminates against no one based on national origins, then later appears to do just that. Even as we feel for the plight these young folks find themselves in, we begin to understand why Gică might have fled in the first place. Acasă, My Home, stunning in its raw Intimacy with its subjects, may pose more questions than it answers, but those questions lead us towards understanding the complexities of our world, and so are well worth asking.