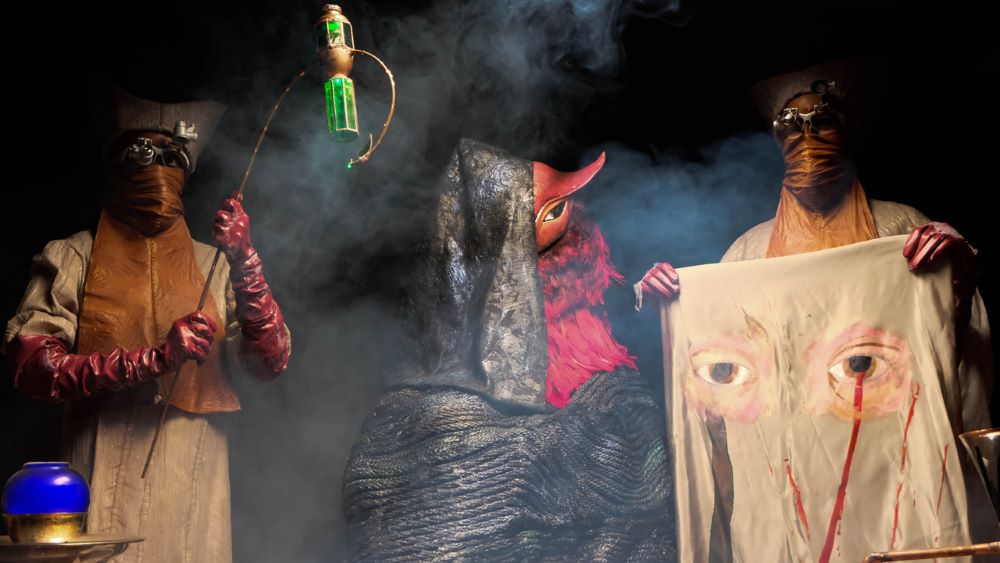 (The 2022 Tribeca Film Festival runs June 9-26 both online and in-person. Check out Sammy Levine’s movie review for A Wounded Fawn. Seen it? Join the conversation with HtN on our Letterboxd Page.)

A Wounded Fawn, the latest horror feature from writer-director Travis Stevens (Girl on the Third Floor and Jakob’s Wife), is blood splattering hallucinatory fun. The 2022 Tribeca midnight film selection plays all the familiar notes of grindhouse fare in a fresh re-arranged fashion. Packed with guts, gore, and camp, this in-your-face film fires on all cylinders to the beat of Stevens’ frenetic rhythm. A Wounded Fawn provides a textured mix of gallows humor, sexiness, and horror to deliver a satisfying addition to the twisted date night film for adventurous couples.

The story begins at an explosive high-priced art auction. The scene is chaotic with an over-the-top-ness that is jarring and nearly comical. Collectors lust over an ancient Greek sculpture depicting the retribution by the Greek goddesses of vengeance on a wrong doer. After an intense bidding war, ultimately, a beautiful blonde woman wins (played by The Beta Test’s Malin Barr). She takes it home to her quaint remote cabin in the woods. Unbeknownst to her, she was being followed by a handsome and mysterious fellow bidder named Bruce (played by Werewolves Within’s Josh Ruben). His clients, desperate and remorseful, want the piece and they’re willing to make an obscene offer. After careful consideration, she accepts; letting him into the cabin to retrieve the sculpture. A moment of polite idle chatter follows. Little does she know; he tremors with anger and aggression. Suddenly, a red-light shines in the bathroom, revealing a massive bird-like figure’s silhouette. Bruce, with razor-sharp brass knuckles, explodes towards her. He grips her neck tight, choking her, while the blades dig deep into her throat. Unleashing a waterfall of blood down her neck as he receives sweet murderous satisfaction.

Fast forward an indiscriminate amount of time later, we are introduced to the magnetic Meredith (a scene stealing Sarah Lind) in therapy. She examines her romantic woes and suffering at the hands of toxic men. Desperate to turn a new leaf. Meredith now has a new man in her life that excites her and gives her hope. In fact, her new beau has planned a romantic getaway for them at a serene and cozy cabin in the woods. Unfortunately, her new boyfriend just happens to be Bruce (a serial murdering psychopath plagued by visions). But, unfortunately for Bruce, this killer getaway gets away from him as the Greek goddesses of vengeance have finally come for retribution. What ensues is role-reversal psychedelic gory madness.

A Wounded Fawn is a rollercoaster of a film that leans heavily on genre convention but executes them to efficient and, at times, experimental effect. The tone is rambunctious, marked by Stevens’ and co-writer Nathan Faudree’s playfulness, and made more impactful by committed performances, intoxicating cinematography (by Ksusha Genenfeld), a thumping score (composed by Vaaal), beautiful costume/set design, and a pacey edit (montage by Travis Stevens and Zach Clark). The vision is clear, concise, and fortunately for horror fans; it is blood soaked. Ultimately, A Wounded Fawn is a fun and splashy grindhouse piece delivered with confident direction. 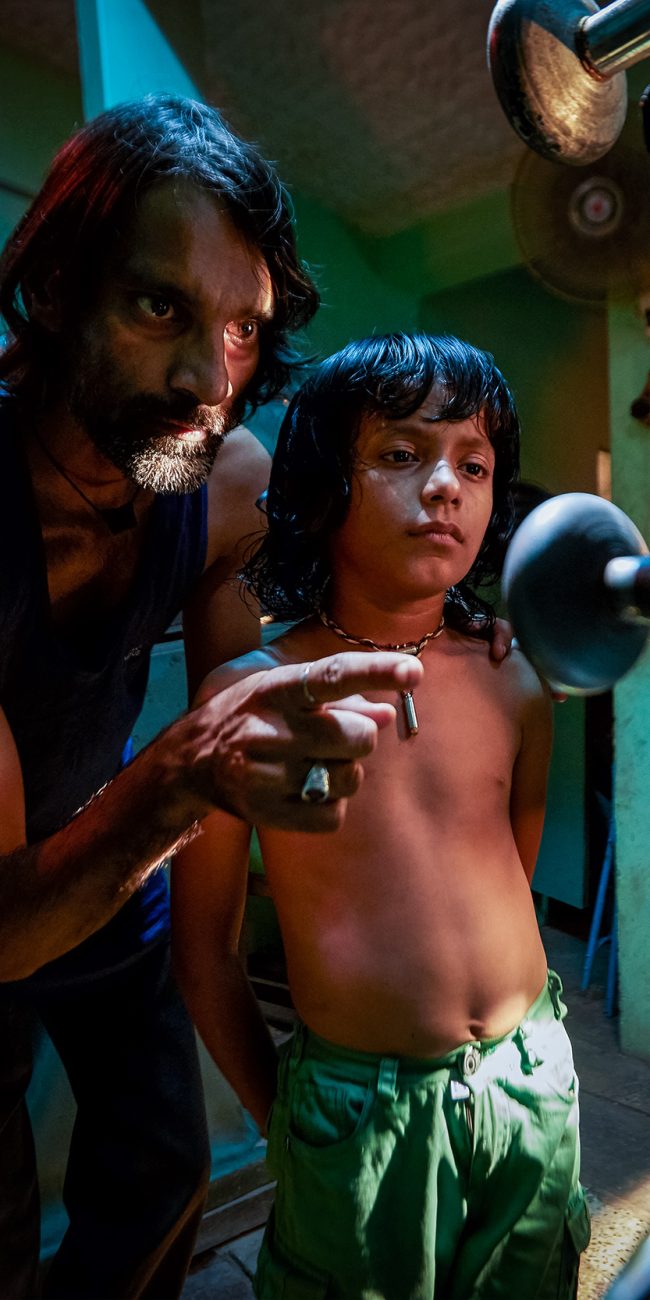