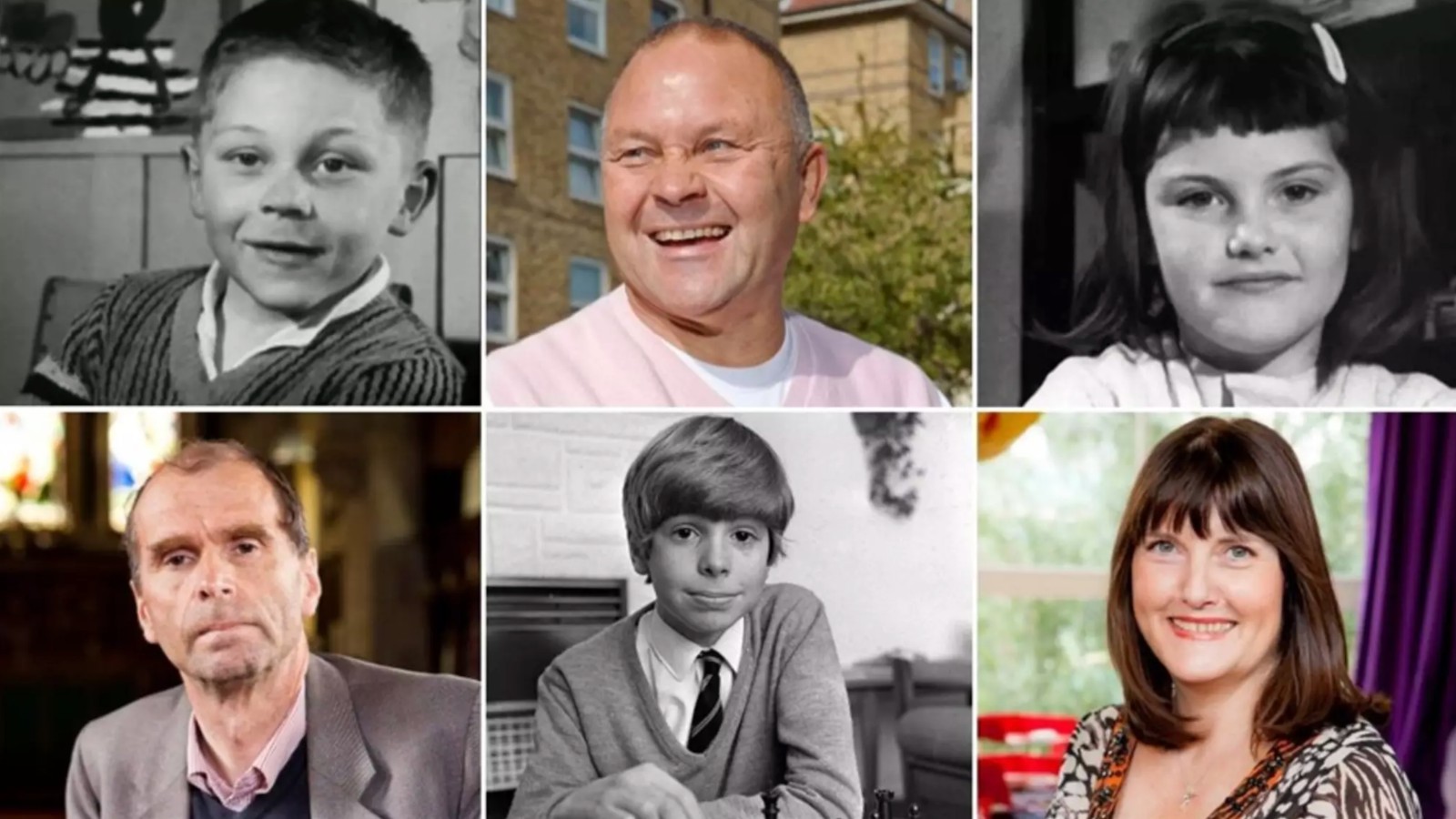 (Michael Apted’s life’s work, “The Up Series,” has a new entry in theaters now: 63 Up. The film has expanded into more theaters this weekend. Like what you see here on Hammer to Nail? Why not pay just $1.00 per month via Patreon to help keep us going?)

Since 1964, a team of British filmmakers has followed 14 people, starting when they were seven years old, returning every 7 years to document their changing lives. Now, in 2019, we have arrived at the 9th installment, 63 Up. Only 11 of the original bunch appear as their current selves: one died in 2013 (the first and only one, so far), and two more refused to participate (one just for this last film and the other since 28 Up). “The Up Series,” as it is known, has been helmed since its second installation by director Michael Apted (who participated in the first film as assistant to the original director, Paul Almond). A versatile filmmaker whose work comprises both nonfiction (Incident at Oglala) and fiction (Amazing Grace), with a James Bond film (The World Is Not Enough) thrown in there for good measure, Apted has made of the series a profound chronicle of the human experience, examining how hopes and dreams change over time as they collide with the challenges of real life. 63 Up does not disappoint, though given the scale of the project and the sheer volume of footage and story to discuss, it does, occasionally, overwhelm. It nevertheless makes for essential viewing.

There’s Tony, Andrew, Sue, Nick, Bruce, Jackie, Peter, Lynn (deceased, but still profiled here), Paul, Symon, John, Neil and Suzy (who did not participate this time, but whose life is still briefly discussed). The 14th subject, Charles, is never explicitly mentioned. That’s 13 stories, then, interwoven and, in the case of Paul and Symon, who grew up together in a state-run children’s home, linked. Begun as a study of social-class differences in 1960s England, the series has continued to explore that topic, both explicitly and implicitly, while pursuing other threads as they develop. Some subjects have suffered from mental illness and addiction, others have struggled with relationships and money, and still others have thrived. All contribute to a fascinating narrative, though the movie and series both suffer from a gender and racial imbalance: there are only 4 women and 1 person of color. Amazingly, and statistically hard to believe, none of them are gay. There’s long been nothing do about any of that, but it nevertheless limits the scope of the filmmaking. Still, watching people age and reflect on that process is something all of us can relate to, and is at the heart of the movie’s appeal.

For Apted includes, as he always has, footage from the past and present, creating sometimes extraordinarily moving sequences where early idealism clashes with later realism (or cynicism). Alternatively, the bitterness of twentysomething despair transforms into romantic and/or professional bliss as, suddenly, life works out. Perhaps most affecting is the section about Nick, the farmer’s son turned physicist who became a college professor in America, and who is now sick with throat cancer. There’s a good chance he won’t be around for 70 Up (if there is one). Whereas Lynn died in between films, we could be watching Nick’s final cinematic moments. Or not. Time will tell. Indeed, it will. Time is, in fact, the essential medium of the movies: as soon as a moment is caught on camera, it already exists as artifact, its fleeting existence captured, but simultaneously vanished. This nostalgic reality is what hits us the hardest in all “Up” episodes, reminding us of the beautiful impermanence of our lives, and makes of 63 Up the strongest entry yet in this flawed, but heartfelt and sweeping, saga of our modern world.