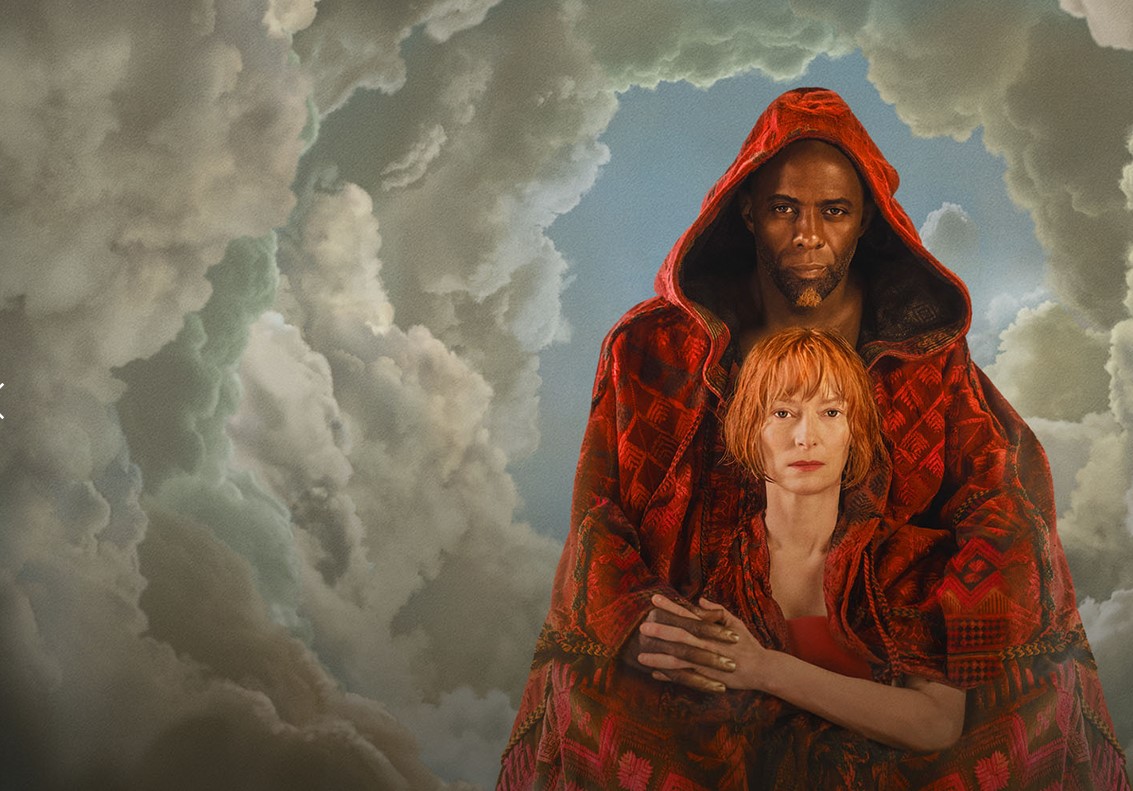 (Check out Jack Schenker’s movie review for Three Thousand Years of Longing, in theaters August 25. Seen it? Join the conversation with HtN on our Letterboxd Page.)

Six years after making perhaps the single loudest and most intense action film of all time with Mad Max: Fury Road, George Miller returns with Three Thousand Years of Longing, his take on Aladdin. Miller is indeed the director of Happy Feet and Babe, however, I did not expect his latest film to be as cute and heartwarming as it is. This is Miller’s ode to storytelling and storytellers. Any film that revolves around Tilda Swinton and Idris Elba in bathrobes eating pistachios is bound to be a winner, but on a macro level, it’s the wild structure and superb editing that make this film a standout in Miller’s oeuvre.

The film follows Alithea Beanie (Tilda Swinton) a lonely novelist who decides to pick up a bottle at an antique shop. Later that night when she opens the bottle, she releases a genie (Idris Elba). Three Thousand Years refers to the length of time Elba’s genie had been trapped in the bottle. Alithea is nervous to make a wish because she is scared that it will have unforeseen negative consequences. She also comes across as an apathetic person. The genie takes her through the story of his life before she is finally inspired to make her wish. This script totally caught me off guard. While it has thrilling elements (for example the opening sequence’s jump scare), the film is mostly existential, comedic, and romantic. Miller, showing his range, manages to deftly balance this affair. Some of the vignettes make you scratch your head, such as the one involving a fat king and his many fat mistresses. Though in the end, I could not help but be in awe of Miller’s sheer audacity. The genre-blending is done in admiration for all genres of storytelling. It is a beautiful thing to witness if you are prepared for a strange ride.

The most interesting aspect of this film is its structure. It is a film that indulges in many different timelines, however, the present timeline is essentially only there to function as a voiceover for the past timelines. This structure threw me for a loop; the whole time I was wondering when the present timeline would progress and explode into madness. Instead, something much more subtle and touching happens. The love stories that Idris Elba walks Tilda through reminded me a lot of the world-building in Mad Max Beyond Thunderdome. Every character is idiosyncratic in the way they look and talk in these tales. No matter how far back the genie’s stories go, this film never actually feels that expansive. Even when we are in a sex dungeon of the Ottoman empire, the film stays grounded because of the oppressive voice-over and quick cuts back to the present. Audiences may be expecting George Miller’s Cloud Atlas, in reality, the film is a lot closer to About Time.

Mad Max: Fury Road is one of the best sounding and most visually stunning films of its decade, which is why I was surprised by the strange-looking CGI in this film. After a while it became charming. In the beginning, the CGI was incredibly undynamic. While it was nice to look at a giant shirtless Idris Elba, his first emergence from the bottle had laughable CG. The sound in the film is not particularly memorable either. The film flourishes in its colorful costumes and grandiose set design. Idris Elba and Tilda Swinton are typically terrific in the film. The rest of the cast also impressively delivers alongside them. Each supporting character has their own strange quirk in their performance. From a technical standpoint, the most impressive feature is the edit, which seamlessly transitions from one insane moment to the next. At the beginning of the film, there is an excellent match cut between a plane landing and luggage wheels rolling. Though details like that may seem simple, the constantly moving camera keeps the cinematic magic alive.

Even though Three Thousand Years was shot during Covid, the film does not feel restrained. Miller had been conceiving this idea for two decades, it just happened that the film could be shot during Covid due to the nature of the story. There are never that many characters in a room at once and there never needs to be. Though it’s no Fury Road–Miller is returning to that franchise with Furiosa slated for 2024–the places he takes us in Three Thousand Years are incredibly satisfying and surprisingly tear-jerking.