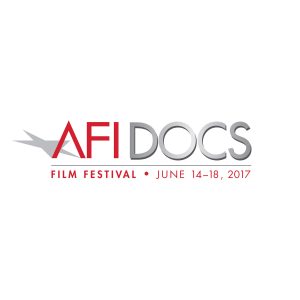 I met with documentary director Stefan Avalos, on Sunday, June 18, 2017, at AFI DOCS 2017, to discuss his deeply engaging Strad Style (which I reviewed when it played at Slamdance). The film follows protagonist Danny Houck, from Laurelville, Ohio, as he builds a meticulous replica of famed 17th/18th-century violin-maker Giuseppe Guarneri’s “Il Cannone” violin for the rising-star violinist Razvan Stoica. What gives the movie its dramatic bite is that Houck is entirely self-taught and has virtually no money. How did he get the commission? How did it turn out? To find out more, watch the film. You won’t be disappointed. First, though, read my review and/or the interview, below, which is a condensed digest of our conversation.

Hammer to Nail: Right after watching your movie, I went on to iTunes and purchased the soundtrack album of your film, on which Razvan Stoica plays classical works, mostly by Paganini, on he “Il Cannone” replica made by your film’s protagonist. It’s an amazing album. I really liked it. I was actually listening to it, driving, on the way here.

HtN: So let’s start there. Did you have any issues of cinematic access to Stoica?

SA: No! Razvan was awesome. Not only did I get the permission to use the music from previous album of his, but he was willing to work with me on doing some new, original music for the movie. Whatever I wanted, he was willing to do. The guy was great!

HtN: Did he react in any way that we don’t see in the film when he realized that, “Whoa, this guy’s never made a violin like this”? Because, in the film, you get some of that, but you sense that he doesn’t quite realize what a naïve undertaking this is. Did you get more of that?

SA: Actually not. That was pretty much the way it really was. I didn’t play around with reality there. That was actually it. And it was only when Razvan saw the movie for the first time, at Slamdance…and then he watched it again, about 4 days ago, in Italy…that he was like, “Oh my God! This was absolutely crazy!” [laughs]

A: [laughs] Right, right! He just laughs at the whole thing. And what a remarkable thing it was. But yeah, that’s pretty much exactly the way it was.

HtN: Amazing. Now, let’s take a step back. I’m fascinated by the story of how you made this film. A trained violinist, yourself, you started out with a very different project. To quote you directly, from your press notes, “The original film was to be a broad examination of various centuries-old obsessions with the violin – be it those of scientists, makers, players, collectors or thieves.” But then you met Danny Houck, and everything changed. Please elaborate.

SA: [big laugh] Well, right away, when I met Danny, he was really a very entertaining person.

HtN: And how did you find him?

SA: I heard about him through the grapevine. There was a violinist who was his former teacher, who was in the Columbus Symphony Orchestra, who had a friend…so it was a friend of a friend. And they were just like, “There’s the guy out in the middle of nowhere that’s really obsessed. If you want obsessed, this guy would be great.” And this friend wrote copious notes to me about what this guy was like. So I thought, “Yeah, I’ll check him out for five minutes.” You know, thinking he would be five minutes in my movie. So I went out there, and pretty quickly, I was like, “This guy’s amazing. He’s a movie unto himself.” But I wasn’t quite ready to give up that other movie…yet. But as I was making that movie, other movies were coming out that were kind of similar to what I was thinking about doing, and so it was almost like I had to keep on reconfiguring my ideas.

HtN: Other movies similar to the obsession theme?

SA: Well, for instance, Scott Hicks…and this is actually the first time I’m telling anyone about this, so you’re getting a scoop!

SA: Scott Hicks, who directed Shine, and has done a bunch of documentaries, including one about INXS, one about Philip Glass, is a good director, and I really respect him. He contacted me, because he had heard that I had shot this footage in Paris, and he was wondering if there was any way that he could license some of the footage that wouldn’t be in my movie. And so we were talking about our movies, and we both were like, “Oh, Christ! We’re making sort of similar movies.” His was about a quartet, and this obsession with these violins. Highly Strung is the name of his film. It came out last year, in Australia. I haven’t seen it. But he was interviewing a lot of the same people that I was interviewing, so there was definitely crossover. And at that point, I knew I had to think of something, and almost at the same time, Danny contacted me and said, “Listen, I’m going to make this violin for this guy, Razvan! I’m going to make a ‘Cannone’ for him.” And I was like, “Oh! I think that could make a great story.” And so that was it. 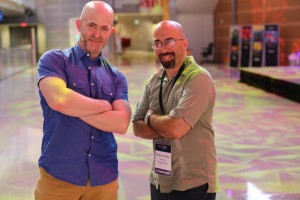 HtN: Did you license the footage to Scott Hicks?

SA: No. [laughs] I actually did not. And I felt down turning him down on that. But maybe one day I’ll use it.

HtN: So, you were truly embedded with Danny.

HtN: You were there for 8 months. Did you sleep in the same home? Seems like you were there all the time. What was that like? Were there any specific challenges?

SA: I did embed myself, absolutely thoroughly into the place. I sort of created this plastic tent-room in his house, which is a very big house, and an old house. It’s an old farmhouse, built before they put hallways into things, so you go through one room to get to another to get to another, and it’s really easy to get lost in the house. So, I was in one of the rooms, there. And it was tricky. I mean, obviously, in the winter it was very cold. And when I would sleep, I would sleep with an electric blanket, a hat and a sweater.

SA: [laughs] Just like Danny, yeah! Exactly. So, I would fly from L.A. out to Ohio and stay for a week or two, three weeks. The longest I stayed was, I think, 5 weeks. And that was when we did the European trip, also.

HtN: Now, I’ve seen none of your previous work, but your first film, The Last Broadcast was, if I am not mistaken, the first feature motion picture to screen digitally at the Cannes Film Festival, back in 1999. Could you briefly describe that project?

SA: Sure. The Last Broadcast – which is actually my second film, believe it or not, but the first one that got real recognition – I made with my partner, Lance Weiler, at the time, and we shot the movie with what was then unheard-of digital cameras. And we edited at home, on our PCs! Oh, my God! [laughs] And we just didn’t have the money to do a film print, which was really the only way, at that time, to project a movie, except that video projection was getting really good.

So, we teamed up with DLP – Digital Light Processing at Texas Instruments – and a bunch of other companies, some of which do not exist anymore, and we put on this road show. We did five theaters in the United States, as a release, and we had to retrofit each projection booth with a projector, hard drives, digital servers and satellite, because we actually downloaded the movie via satellite. So we were playing around with what was then … everyone was calling us crazy. Now, it’s standard. Every movie theater is outfitted this way.

And then we took it internationally, and premiered it at the Cannes Film Festival, which was…interesting. It was a lot of work, a lot of stress, and it was not very sexy. It sounds like it would be, but it wasn’t. Because everyone was like, “What are these crazy Americans doing, with their digital video? Merde!” [laughs] But, yeah, we did that, and then went on tour in Europe, to Sweden, England, Ireland…

HtN: You were pioneers!

HtN: So, do you see any line of continuity in your work, project to project, thematically?

SA: Hmm…no. I don’t think I do. And I kind of don’t want to get pigeonholed. You know, I made two horror movies back to back. The Last Broadcast was a horror movie, and after that, The Ghosts of Edendale. And everyone was like, “Oh, he’s a horror director.” And it’s really easy for that to happen, in Hollywood, for actors, directors, writers, whatever. You get very quickly locked into one thing. So I kind of what to avoid that, if possible. In terms of directors that I admire, I really like someone like Rob Reiner, who has pretty much hit every genre there is, and hit it well.

SA: Or Werner Herzog! Yes, exactly! Or, if you go back to old-school guys, Michael Curtiz, or someone like that. These guys were like, “OK! What kind of picture am I making today?” [laughs]

HtN: And I think of Herzog because of his going back and forth between documentary and narrative, as well.

SA: Yeah! Herzog has been able to jump back and forth beautifully. And I think that we’re in a real golden age of documentary, so a lot of filmmakers are starting to do that more often, which is really cool.

HtN: Well, Stefan, it was great talking to you! Congrats on the film. I really enjoyed it. Take care!

SA: Sure! Thank you!