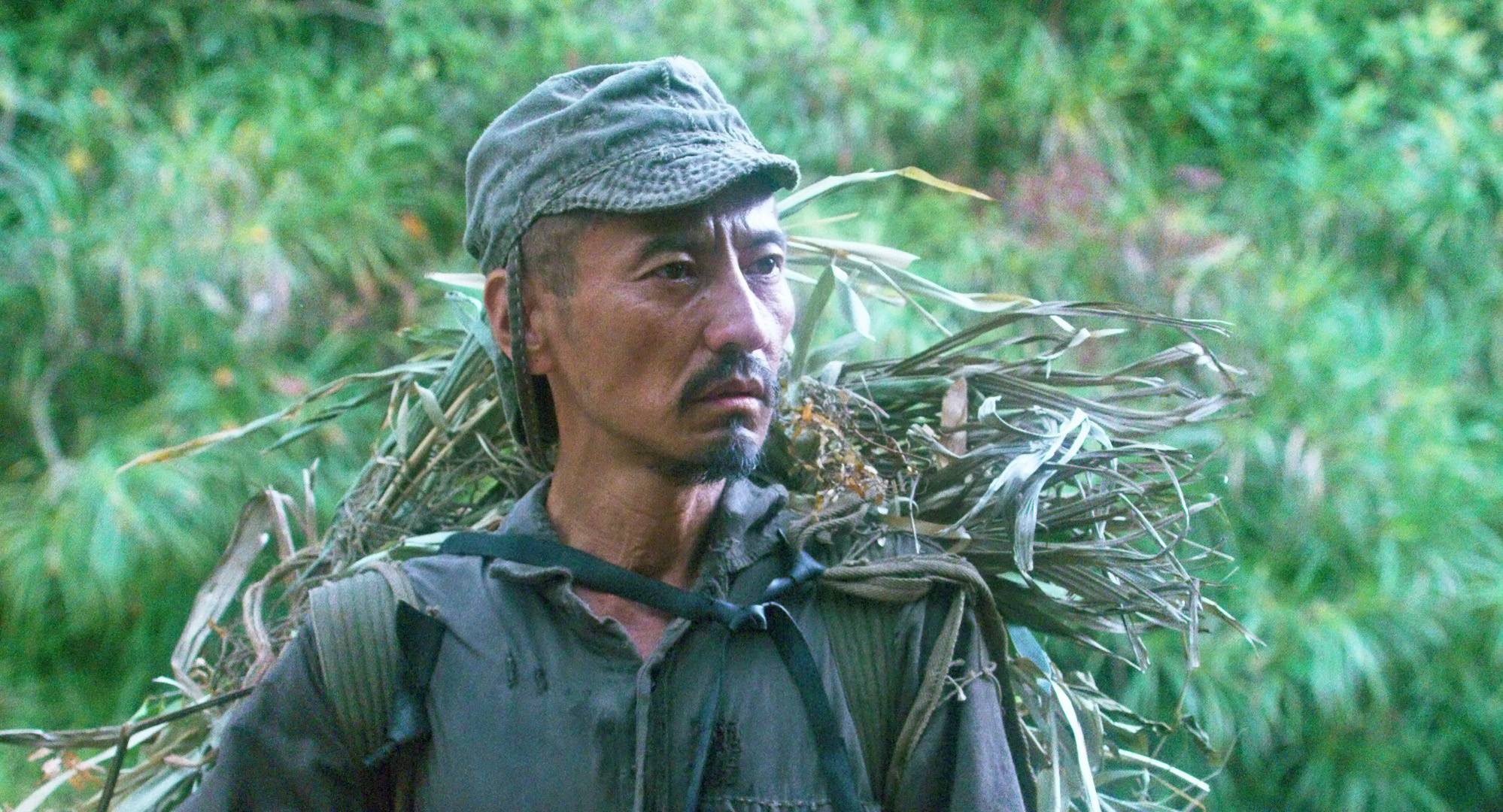 (New Directors/New Films took place at Film at Lincoln Center from April 20 – May 1. M.J. O’Toole has this review of Onoda – 10,000 Nights in the Jungle. Seen it? Join the conversation with HtN on our Letterboxd Page.)

An exhilarating World War II tale about the consequences of misguided patriotism, Arthur Harari’s Onoda – 10,000 Nights in the Jungle is a keen, empathetic portrayal of one Japanese soldier hiding for 30 years in a jungle in the Phillipines, unaware that the war had ended. Based on the true story of Lt. Hiroo Onoda, director and co-writer Harari takes the details of his grueling time stranded, and turns it into a perceptive study of how vehement duty gradually transforms into delusion in way that’s both heartbreaking and (surprisingly, at times) comical. Superb performances, thorough direction, and stellar cinematography help carry this epic through its near three-hour runtime.

Early on in the film, we travel back to late 1944 when American forces start to gain control of the Philippine island where the Japanese Army is based. While most of the soldiers have been either killed or taken their own lives to evade capture, Onoda (played as a young man by Yûya Endô) starts commanding a small Lord of the Flies-like group of men to continue fighting for survival rather than surrender. Some desert (to their own demise), while others – a few reluctantly – remain loyal to Onoda. As these soldiers get familiar with the jungle that surrounds them, Tom Harari’s striking cinematography not only adds texture and soothing color to the landscapes, it also creates an atmosphere of naturistic tranquility reminiscent of Apichatpong Weerasethakul. As the majority of these men have their will tested – whether it’d be illness, rotting fruit, or reluctance of duty – Onoda is the one always kepping his head held high and insuring that his men fall in line.

We gain an understanding of Onoda’s dedication when the film flashes back to his early war days as a young drunk who backed out of a kamikaze mission over a fear of flying. He is selected for special recruitment by the strict, no-nonsense Major Taniguchi (a commanding Issei Ogata) where he and a group of other young men are trained and instructed to protect the island at all costs, while also making their survival a priority. “The only reward of secret warfare is integrity,” Major Taniguchi declares to his men. His promise that they will rescue those left behind stays with Onoda to the present and gives him the will to survive and not take the easy way out. But how beneficial can his duty be when he is not even aware that his country has surrendered and the war is officially over? The film aims to not portray Onoda as a tyrant nor inhumane, but rather someone with honor who is a victim of both war propaganda and circumstance, even if his actions throughout may contradict his character.

As the years pass, the ones remaining are Onoda (eventually played as an old man by Kanji Tsuda) and his right-hand man, Kozuka (Yuya Matsuura, then Testsuya Chiba). When help finally arrives for the two in 1950, their time on the island affects them both deeply that they let their paranoia get the best of them and frantically believe that their rescue party is out to get them in a moment where the film gradually transitions to tragi-comedy territory. But what’s worse than not believing that their rescue is within reach is believing they are still at war with the Filipino natives, which results in life-or-death situations with the latter. This is where Harari has us question our own empathy for Onoda and his men. As he grows into an old man, Onoda transitions back and forth between stubborn duty and weariness. But when a young Japanese man (Taiga Nakano) arrives on the island in 1974 seeking Onoda, it forces our protagonist to confront truths he has long-denied and consider how much the world has truly changed in his absence.

Where Onoda – 10,000 Nights in the Jungle succeeds is breaking the common World War II movie trope about heroism and honor, and has us truly consider what made or broke a person’s character at that point in time. French director Arthur Harari takes Hiroo Onoda’s life story and turns it into a tragic, poignant tale of moral ambiguity and misplaced loyalty. He also opportunely puts us in Onoda’s survivalist ethos to give us a sense of the stakes he felt. Yûya Endô and Kanji Tsuda’s fierce, heartfelt performances as young and old Onoda, respectively, add insightful depth to his character as a whole and helps carry his transition throughout the years from a hardened soldier, to a more sensitive old man. Films that put us in a certain mindset, the way Onoda – 10,000 Nights in the Jungle has, don’t come frequently. Arthur Harari has accomplished something here and will hopefully carry on his gift to his next project. 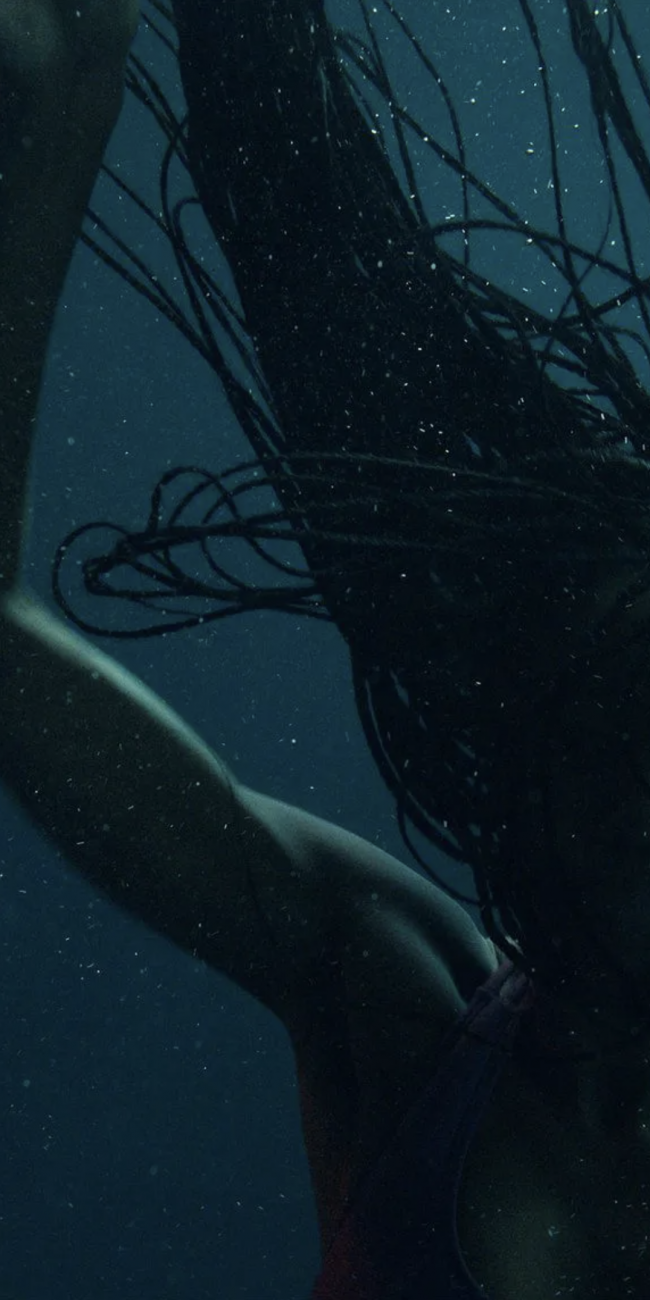