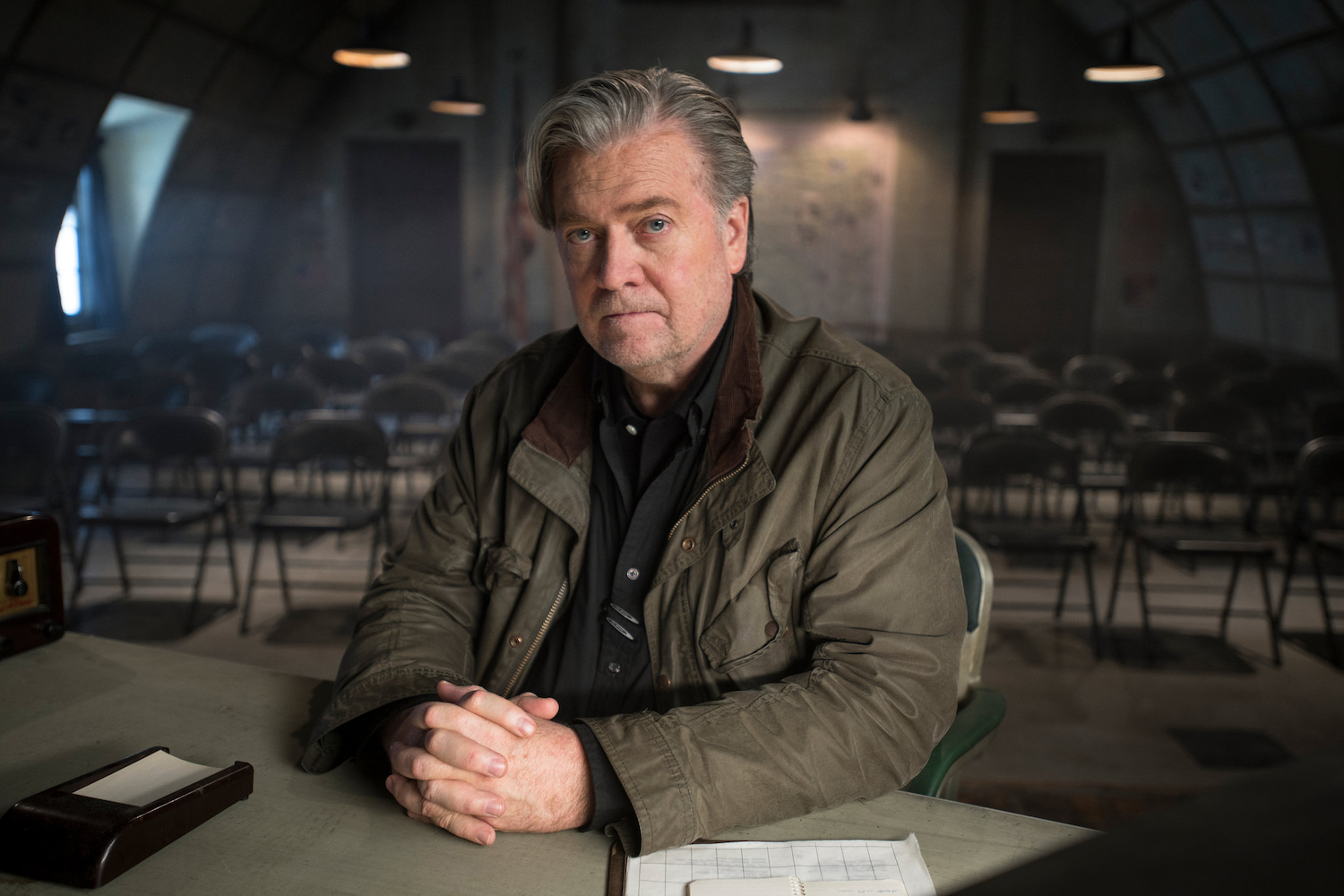 In spite of many problems of conception and execution, Errol Morris’ new documentary, American Dharma, has one major thing going for it, which is how it examines and illustrates the profound effect that Hollywood has had on our collective ideas of identity (be they of race, gender and/or nationality), behavior and ethos. Or maybe the point it makes, instead, is that the great studio dream factories, mid-20th century, were mere vessels of aspiration for the masses, who yearned to express themselves through a grand vision of purpose. The truth is more a symbiotic push-and-pull reciprocity between movies and mythmaking, but there is no question that moving-image stories, as heretofore produced, have had a lasting influence on viewers’ sense of self, whether in concert or in opposition to what they watch. Morris does a terrific job deconstructing how the past determines our present and future. Unfortunately, his thesis is also wrapped up in a profile of Steve Bannon, white-supremacist polemicist, political strategist and architect of Donald Trump’s electoral-college victory in the 2016 presidential election.

I appreciate exposure to views with which I disagree, but I can’t help thinking back to Morris’ great 2003 The Fog of War, where he took on Robert McNamara – Secretary of Defense for JFK and LBJ, and as such at least partially responsible for the Vietnam War – with far more challenging questions than he asks of Bannon, here. Where that film managed to feel less like a platform for McNamara to espouse his ideology, and more like a reflective piece, American Dharma – intentionally or not – allows Bannon too much triumphalism, becoming more pedestal than critical appraisal. Yes, Morris sticks in his critical two cents upon occasion, but in the final, edited version of their conversation, it’s Bannon who emerges in control. Perhaps this is because Morris no longer uses his “Interrotron” – where he created a distance between himself and his subject – but now sits directly across a table from his interviewee. This physical proximity could be responsible for a gentler touch. Whatever the cause, it’s disappointing.

The problem with Bannon, beyond his racism (which he denies), is that his worldview is boilerplate nationalist and riddled with contradictions. It is too easy to puncture, much like the jingoistic plot of the Hollywood fare he adores. The few times Morris does push back, Bannon’s arguments collapse, so why so little of that? He’s smart enough, for sure, and hardly conflict adverse, so we are left with regret that there wasn’t more of a discussion. Morris walks us through the man’s history, from movie lover to investment banker to movie producer to Breitbart editor to Trump, and the trajectory is not without interest, especially since it helps explain our world today, but ultimately simplistic in its analysis. Bannon is a mad bomber who wants to burn down the world as we know it. Check. Tell me something I didn’t already know.

I couldn’t look away, however. As a film historian and teacher of the subject, I had to admire the larger meta-narrative of how much damage the cinema has done to our world, especially since I love many of the same movies Bannon does. I am now filled with regret about my own influences. Still, I take heart in the fact that each person’s “dharma” (as Bannon describes it, “some combination of duty, fate and destiny”) is ours to determine, since I and others have taken different lessons from our beloved film idols. Besides, mad bombers often blow themselves up. Here’s hoping.