(The zany folks over at Drafthouse Films made another brilliant choice when they decided to pick-up the notorious 1981 film Roar and rerelease it starting this week. The film is a must-see for several reasons which we won’t spoil here but Christopher Llewelyn Reed provides highlights below.)

If you’re bored and in need of a laugh (albeit a nervous one), or, even better, if you’re someone who abstains from narcotics who nevertheless wants to get high, allow me to suggest Roar. Originally released in 1981, it’s the only film directed by Noel Marshall (Executive Producer of The Exorcist). At the time, he was married to Tippi Hedren (The Birds), and had been since 1964 (though they divorced in 1984). Somehow, he convinced her to not only act in a movie with lions and tigers (no bears, though) and other big cats, but to bring her daughter along, as well. That daughter would be Melanie Griffith (Working Girl), by the way, who was but one of the many humans seriously injured on set. Before seeing the film, it’s a good idea to read about its production history, so that you can fully appreciate the insanity of Marshall’s vision. Once you get a sense of the madness, you’ll understand its hallucinatory quality. Who needs drugs when you have Roar?

Make no mistake: this is a bad movie, but in the category of “it’s so bad, it’s good.” I’m not entirely sure what motivated Drafthouse Films to re-release it (though you can read CEO Tim League’s essay for his take on the why of it), but it would seem a shame to let a production that traumatized so many people disappear into the cinematic trim bin of history. Watching large felines attack humans doing their best to pretend that it’s all part of a planned performance is certainly entertaining, yet it’s also not that different from watching a snuff film. Which actually does explain Roar’s appeal, since most of us will not, in fact, seek out actual filmed on-screen deaths. The thrill offered by Marshall’s demented project is the next best thing. 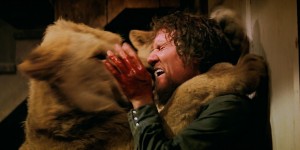 Marshall, himself, plays Hank, a man living somewhere in Africa on a piece of land he shares with his cats. What’s his is theirs, quite literally. His neighbors may object, but as long as Hank is around, all is under control, more or less. But when his estranged wife, Madelaine – played by Hedren, in a truly must-see awful performance – and kids come for a visit, Hank takes off to meet them at the airport, leaving his pride unsupervised. Meanwhile, Madelaine and company have arrived earlier than expected, and show up at Hank’s cabin while he’s on his way to welcome them. They have no idea that he’s been collecting cats, and so predictable mayhem ensues. For the rest of the film, we watch various humans run to and fro, up and down stairs, in and out of rooms, all the time chased by dangerous wild animals. Knowing what we know about “the most dangerous movie ever made,” every time we see a lion, tiger or other cat jump on an actor and bite, it’s hard not to wonder at the possible resultant injury (Was that the shot? No? Was that the shot?). Terrible film though it may be, it’s also strangely compelling. It’s due out on disc on November 3, and I propose you sit down with a sandwich to watch it, the better to have your “panem” with your “circenses.” 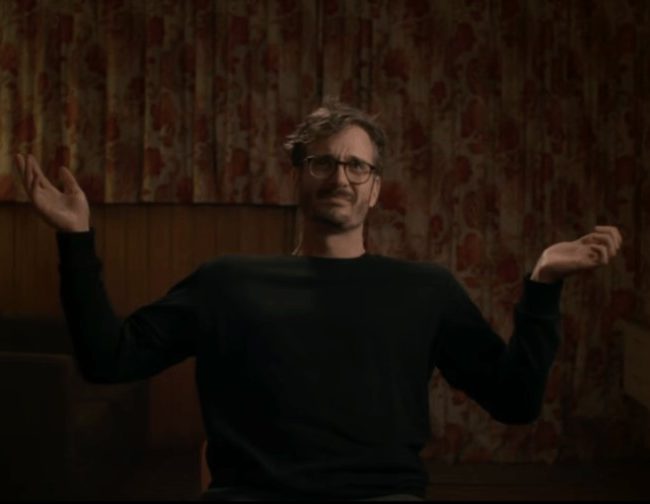