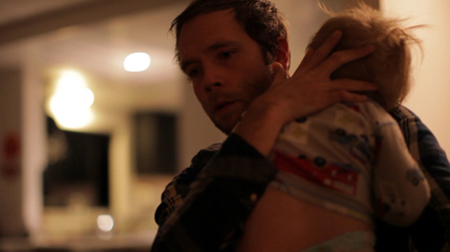 The End of Love (Gravitas Ventures) — Mark Webber’s decision to ‘cast’ his own two-year-old son Isaac in this semi-autobiographical drama about single daddy-hood was a very wise one indeed. Honestly, without it, the whole premise might very well have fallen apart. By keeping things so incredibly personal, Webber is able to maintain a heightened state of intimacy that is just about impossible to deny whenever Isaac appears on screen. Available on DVD

From The Head (Breaking Glass) — George Griffith’s comedic drama recalls the ’80s/’90s-era of NYC indie movie-making and storytelling, which sprinkles one’s viewing of it with a sweet tinge of nostalgia. Available on DVD

The Fruit Hunters (Cinedigm) — Yung Chang directed one of my favorite documentaries of all-time, Up The Yangtze. And I really dug his follow-up, China Heavyweight. So while I wish I didn’t, I feel the need to clarify this: The Fruit Hunters doesn’t come close to touching either of those films. Having said that, I also realize they are such different creations that playing the compare-contrast game seems is a silly thing to do. Whatever the case, with his third feature, Chang nonetheless maintains his passionate engagement with the world we are living in; beyond that, his documentary adaptation of Adam Leith Gollner’s best-selling book

contains a swarm of imagery that will inspire you to eat some fruit, which is pretty much always a good idea. Available on DVD

Lord of the Flies (Criterion) — Available on DVD

Evil Dead (Sony) — *The new one. Not the old one.* Available on DVD

An Affair of the Heart: Rick Springfield (Breaking Glass) — Available on DVD