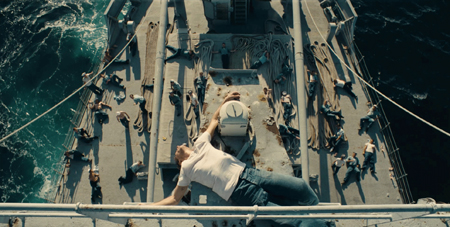 The Master (Starz/Anchor Bay) — Joaquin Phoenix’s carnal performance, Mihai Malaimare Jr.’s eye-popping 70mm cinematography, and Paul Thomas Anderson’s furiously idiosyncratic storytelling demand that this film be seen multiple times to be fully appreciated. Now that it’s finally ours for the taking on home video, we are free to do just that. Lucky us. Available on DVD

How To Survive A Plague (MPI Home Video) — David France’s How to Survive a Plague is a story with all the elements of great drama—the stakes are life and death, the villains are plentiful in the form of uncaring government officials and bureaucrats, and there’s lots of visually arresting action out on the streets. There are moments that could make rocks cry. A soft-spoken man with HIV is given an explanation of the risks and poor odds of success of an experimental drug; in hindsight his more resigned than hopeful answer is horribly poignant: “I understand that, and I’m willing to find out.” Read Paul Sbrizzi’s HTN review. Available on DVD 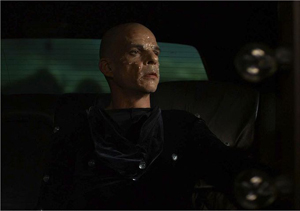 Holy Motors (Indomina) — Leos Carax’ ecstatically received Cannes revelation, Holy Motors (his first feature in 13 years that have passed since Pola X) is at once a mind-blowing absurdist vaudeville, an acting tour de force, a Franju-by-way-of-Feuillade cine-homage, a howl, a hoot, and a treat. Featuring Denis Lavant in about a dozen consecutive roles (all “played” not so much by him as by his screen alter ego named Oscar), the movie is a surrealist riff on the world as a stage and life as a performance. Shifting tones and genres with ease and palpable glee, Carax manages to provide a measure of thematic unity to the film that envelops all its wacky ideas and becomes so much more than just a sum of its parts. Read Michal Oleszczyk’s HTN review, as well as Tom Hall’s A Conversation With Leos Carax. Available on DVD 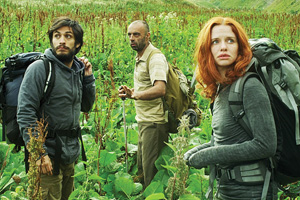 The Loneliest Planet (MPI Home Video) — Julia Loktev’s second narrative feature is a visual and emotional wonder to behold as she quietly, bracingly, unravels the story of Alex (Gael García Bernal) and Nica (Furstenberg), a young engaged couple that goes on vacation in Georgia. The other central character in this sparsely peopled story is Dato (Bidzina Gujabidze), whom they hire as a guide to lead them through the Caucasus Mountains. The first half of the film is an idyll. Their relationship is playful, loving, the coming together of soul mates. At a plateau in their climb they stand upside down on their heads and see how long they can stay that way. Around the campfire at night, Dato teaches them Georgian and Nica teaches him how to properly annunciate “I take my bitch to the beach.” For nearly the first half of their journey there are no night scenes, just one sun-filled day going into infinity. And then something happens to bifurcate the film. Read Veronika Ferdman’s HTN review, as well as Tom Hall’s A Conversation With Julia Loktev. Available on DVD

Over Your Cities Grass Will Grow (Alive Mind/Kino Lorber) — Anselm Kiefer’s art overwhelms. Twenty feet high canvases thickly covered in layers upon layers of paint. Metal, stone and wood sculptures weigh many tons, filling galleries and museums. The quality of massiveness overpowers but in a way that empowers; the questions Kiefer raises in his work are absolute but purposefully left unanswered, allowing the audience a space to interpret, to take part. Similarly, Sophie Fiennes’ film Over Your Cities Grass Will Grow, which specifically explores Kiefer’s work in the south of France from 2000 to 2010, can at times challenge with its uncompromising vision, but ultimately it invites the viewer in to wander and wonder together with the filmmaker about the artist’s craft. Read Jesse Klein’s HTN review, as well as Tom Hall’s A Conversation With Sophie Fiennes. Available on DVD 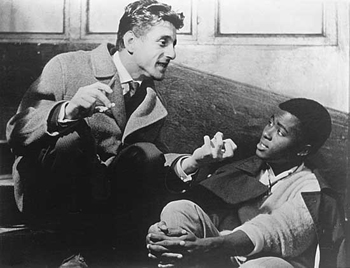 * Chronicle of a Summer (Criterion) — A technological breakthrough (one of the earliest documentary features to employ lightweight, handheld 16mm cameras and easily portable sync-sound recording devices) as well as an aesthetic and moral one, Chronicle of a Summer helped inaugurate the movement that became known as cinéma vérité, a phrase invented by co-director Jean Rouch. In Paris, during the summer of 1960, Rouch, an ethnographic filmmaker, and the sociologist Edgar Morin assembled a group of friends and acquaintances—a Renault factory worker, a college student from Nigeria, an unhappy Italian émigré, an artist couple, and several others—and got them to speak on camera about everything from the decolonization of Africa to class relations in France to the meaning of happiness. In some scenes, Rouch and Morin hang back and observe; in others, they become part of the drama, provoking debates, playing Devil’s advocate, breaking down the usual walls between those before the camera and those behind it. At the film’s still mind-melting climax, the directors screen the movie for its subjects, who sound off about its shortcomings and missed opportunities. Performers become critics. The hoped-for communal catharsis splinters into a multiplicity of conflicting viewpoints. And documentary filmmaking will never be the same. Criterion’s new edition, digitally mastered from the recent Cineteca di Bologna restoration, is a revelation for those of us who have only seen this landmark work on muddy VHS tapes and battered prints. Available on DVD

Diary of a Chambermaid (Olive Films) — Available on DVD

Strangers in the Night (Olive Films) — Available on DVD

Oasis of the Zombies (Kino Lorber/ Redemption) — Available on DVD