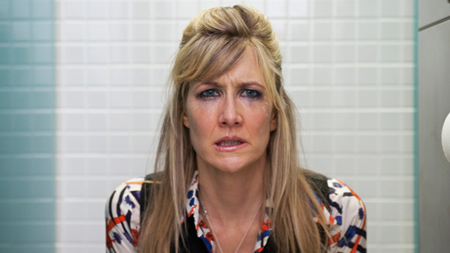 Enlightened: The Complete Second Season (HBO) — With Enlightened, Mike White and Laura Dern have produced a modern masterpiece, a heartfelt, satirical, hilarious, and deeply, deeply sad portrait of our modern times. Why, of course it would be canceled after this excellent second season concluded! While every half hour is stellar, Episode 4 deserves some sort of honorary Pulitzer for how it calls out our hyper-dependence on technology, wherein we’ve reached some sort of delusional state where we believe our online voices matter more in this world than our actual human presences. Complicated, brilliant stuff. Of course it would be canceled! Available on DVD

Girls: The Complete Second Season (HBO) — Lena Dunham’s portrait of New York City livin’ for the privileged-but-struggling is at times painful to watch, but not because it’s bad. It’s so sharply executed and honest that it will likely trigger actual verbal reactions when you watch it. Unlike Enlightened, HBO opted to renew this show for a third season. Thankfully, Dunham’s commitment to frank sexuality likely helped her show’s cause, otherwise it probably would have been doomed too! Available on DVD

Reality (Oscilloscope) — Matteo Garrone’s satire of Italy’s obsession with pop culture stardom is filled with breathtaking cinematography. Hot date tip: recruit that special someone, rent this movie and Videocracy, get all sauced up on pasta and red wine, and press play. This double-bill is guaranteed to make you feel better about America’s own depressing state of affairs when it comes to our own pathetic fascination with reality television! Available on DVD

Dog Pound (New Video) — If you had to choose one youth-in-prison picture, of course go straight for Alan Clarke’s Scum, but this drama from young French director Kim Chapiron remains an impressive effort, featuring very strong performances from its young cast. Available on DVD

I Killed My Mother (Kino Lorber) — Xavier Dolan was what, 12, when he exploded onto the world cinema map with this stylish debut? Available on DVD

The Company You Keep (Sony) — Available on DVD

The Deep (Virgil Films and Entertainment) — Available on DVD