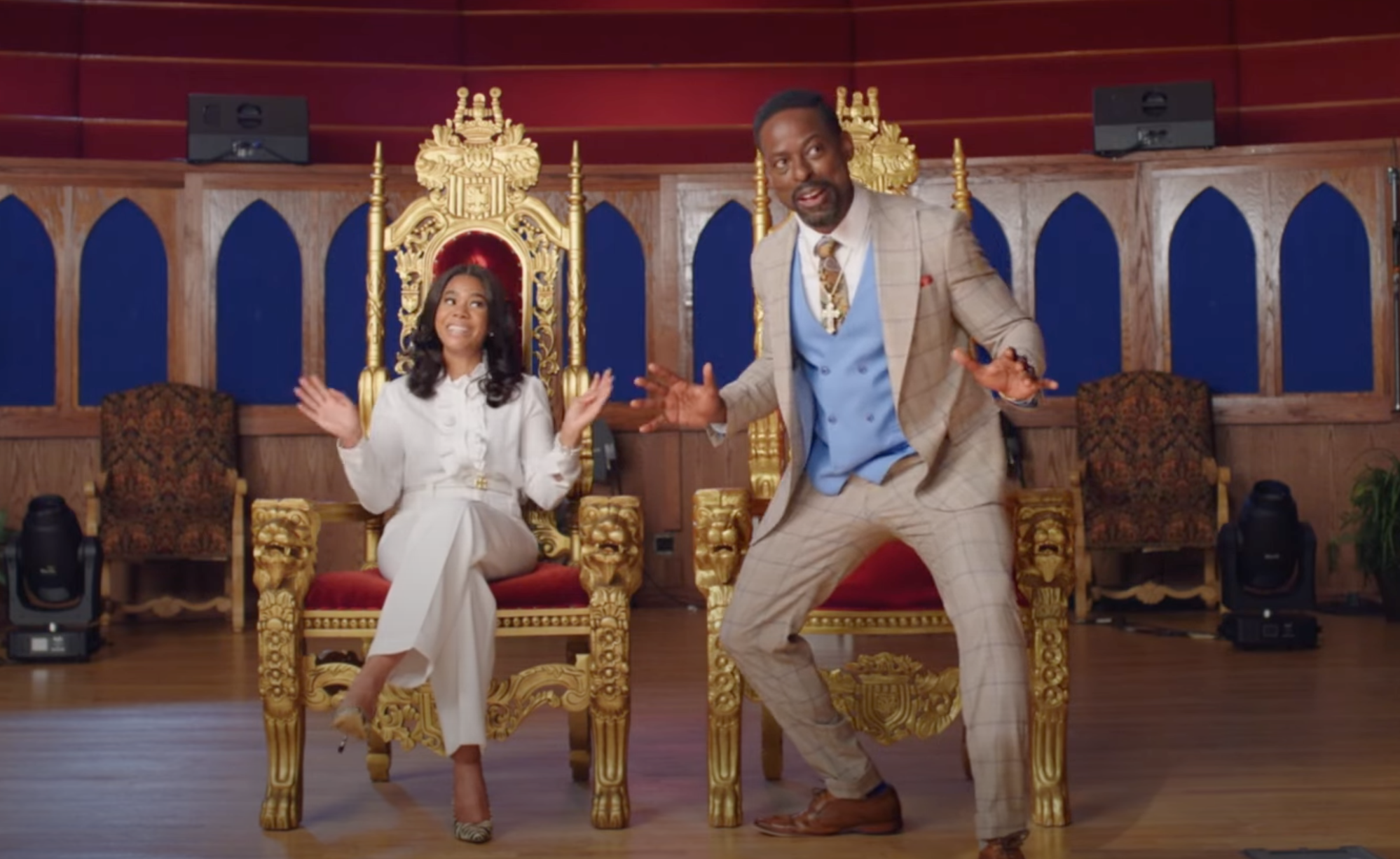 The business behind Southern Baptist megachurches is now getting the mockumentary treatment in writer/director Adamma Ebo’s Honk For Jesus, Save Your Soul. Executive produced by Oscar winner Jordan Peele, the film premiered at this year’s Sundance Film Festival where it was praised for its level of satire. Focus Features will release it in theaters on September 2nd and will stream on Peacock the same day. The mockumentary follows a Baptist power couple (Regina Hall & Sterling K. Brown) who after a misconduct scandal try to save their church and rebuild their congregation. The comedy is also produced by Hall, Brown, Oscar winner Daniel Kaluuya, and Ebo’s twin sister Adanne.

Honk for Jesus. Save Your Soul. is a satirical comedy starring Regina Hall as Trinitie Childs – the proud first lady of a Southern Baptist megachurch, who together with her husband Pastor Lee-Curtis Childs (Sterling K. Brown), once served a congregation in the tens of thousands. But after a scandal forces their church to temporarily close, Trinitie and Lee-Curtis must reopen their church and rebuild their congregation to make the biggest comeback that commodified religion has ever seen.

In her review, HtN’s own Melanie Addington said, “With proper southernisms placed, Ebo weaves a powerful comedic story that gets to the heart of Atlanta culture from praise miming to the proper hat for church… Hall has an incredible performance showcasing the gamut of emotions she must go through and how she tries to put on a face for the camera… Brown is pitch-perfect as his character with the blend of strength, confidence, with the pain of living a double life bubbling up from the surface just enough to show in the cracks… This is one to wait and watch for as it is a delight. While waiting for the feature to be released, I recommend the short film on Issa Rae Presents.”