THE PLACE OF NO WORDS

One of the main reasons why we consider John Cassavetes the godfather of modern American Indie is that he was the one who broke from the studio based mentality which empowered the tyranny of plot. Cassavetes, as an actor, felt that overwritten scripts drained the vitality from the film experience and relegated the actors to pawns in story scenerios that valued plot twists over realistic character interactions. Cassavetes envisioned a cinema experience where the actors were liberated from having to hit plot points that forced awkward blocking and staging choices which limited how actors could honestly interact with each other and thus restricted the time an actor could be on screen actually inhabiting a character’s inner life. In short he wanted the story to be open enough to allow character arcs to grow in real time and have those emotions drive the story. The result is a cinema in which we can watch characters listen to each other and engage in communication outside of dialogue and beyond the demands of plot.

Mark Webber is an actor who has appeared in over 40 films and, in recent years, he has been focused on making films that he calls “Reality Cinema.” The Place of No Words is his fifth film as writer/director and his third in this series. Just as Cassavetes engaged himself on screen with his real wife (Gena Rowlands) and his children, Place of No Words features Webber’s wife Teresa Palmer and three year old son Bodhi. This latest feature starts with Webber lying in bed watching Bodhi play and talk casually while sitting on his lap. It’s a tight two-shot and our eye is free to move from the very watchable, cute Bodhi, whose mood is playful and the mostly silent father watching his son intently. We can tell that the father is somewhat sad, his son even mentions as much yet, we don’t know what inner burden may be truly sitting on dads chest. But as the film unfolds we soon get to share, in an intimate way, the films theme and Webber’s journey to deal with his immediate secret and more existential concerns for his son.

The film moves back and forth between the real world setting of father, son and wife, interacting normally with each other and friends in L.A. to a magical, pre-modern island of snow covered mountains and moss covered forests. Webber and Bodhi are dressed on this island in Viking type costumes and their journey through this magical land brings them face to face with both beautiful sights as well as scary creatures and witches. As we travel back and forth between the mythical place and L.A. we learn that what is bothering Webber is the issue regarding his own health and his desire to prepare his three year old for the concept of death and a life without a father.

The journey is twofold in that we see Webber’s struggle to both prepare his son for the future and his own difficulty in being explicit regarding death without spoiling the innocence and joy of a happy childhood. As the story progress we engage with Webber’s strategy to both engage in Bodhi’s love of play and fantasy and the bigger goal of planting the seeds that will allow his son to eventually walk alone. 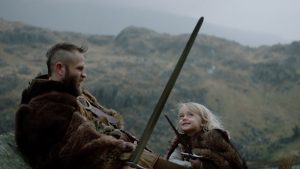 In one stunning sequence Webber urges Bodhi to walk on the forest trail alone. At first, he does so hesitantly and fearfully but eventually he makes his way in both a more confident and ultimately happy way. It’s a beautifully shot sequence, Bodhi side lit by a setting sun as he struggles up a crest in the trail eventually reaching a peaceful grove of trees. He pauses, his back to the camera and we watch him through the eyes of the parent allowing themselves to let the child go. It’s a powerful scene, reminding me of the tearful goodbye in the recent film Leave No Trace when Ben Foster’s character watches his daughter continue down the trail without him. No words are spoken and yet so much is conveyed, both about being a parent and about this journey that, for all of us at some point, will inevitably end. It’s a powerful, cinematic story about both maturation and parenting and as the film came to a close I could sense Cassavetes in the back of the theater, silently applauding .

The Place of No Words premiered at Tribecca ‘19 and hopefully will be coming soon to an indie theater somewhere near you. This is what true indie filmmaking is all about, bravo to Tribeca for having the courage to program a film that’s silent power stands in such defiance of most noisy, plot-driven, cable TV primed product. 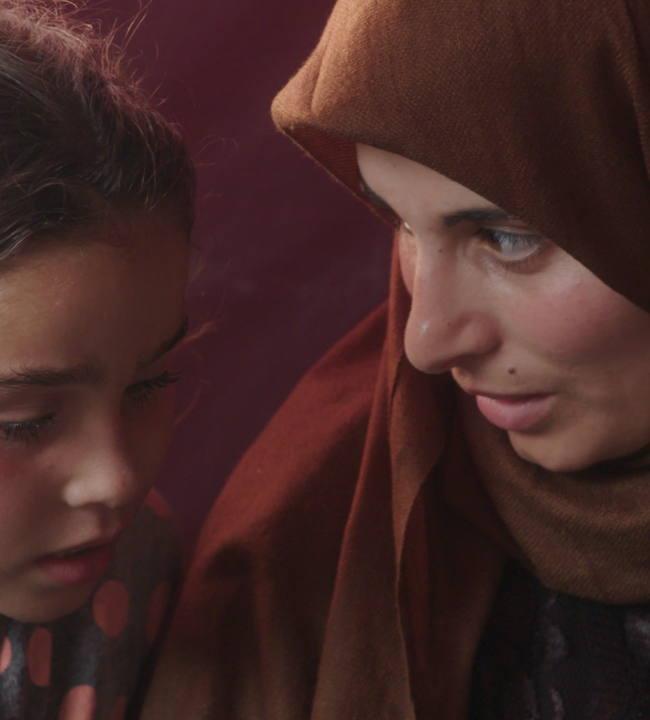