I think Eric Kohn got it right in his Indiewire wrap-up: the Sundance Film Festival is so vast that it would be wrong to call this year’s program mediocre just because there wasn’t one breakout hit like Beasts or Fruitvale. It does take extreme quantity viewing to speak of the festival as a whole in this way. Critics tend to view the festival through their own myopic critical standards; I, for one, am seriously guilty of this tendency. Critics who are looking for the next Little Miss Sunshine/Juno/Napoleon Dynamite cash rainmaker might be disappointed this year, despite the fact that their were many sales, albeit not for giant numbers. I myself did not get to see my normal 30 to 40 films due to my short and distracted stay (I start shooting a film the first of February).

Though I got to see less than usual this year, there were a few films that got my pulse going and, as always, there was a large percentage of uninspired pseudo-indies ineptly trying to imitate Hollywood narrative and stylistic tropes, either due to lack of imagination and skill or just because practical market demands require one to put a damper on the bold maverick unpredictable visual urges that first started this outsider art form some 60 years ago. Luckily there was still evidence that for a small percentage of filmmakers, art and inspiration and passion is still more important than an adherence to the incorrect theory that mushy-fun-sympathetic-unoriginal films have a better chance of making money than personal, challenging work. Here are a few films that I enjoyed. 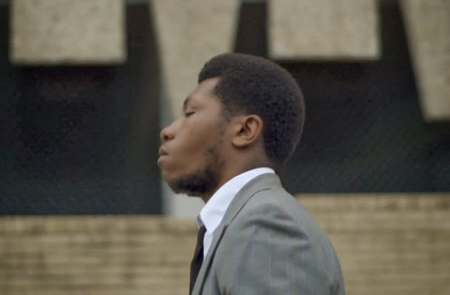 Memphis (Tim Sutton, 79m) — At SXSW 2012, I was Pavilion’s biggest supporter. I absolutely loved its bold resistance to plot and yet it still managed to weave its own personal narrative through the gestures and actions and faces of its protagonists, through its framing, and through its jaw-dropping cinematography. Thus, in the name of full disclosure, I am a very biased supporter of Memphis and I do believe there was nothing at Sundance that even came close to its formal ambitions. (Here, I must also reveal that I am part of the Venice Biennale Micro Budget college faculty who helped guide the film from treatment to final film and so I know my opinion, on this film, is not impartial) But I must say, though Memphis is made somewhat difficult in that it is in part about an artist who is frustrated within his own process of creating a song, I found the film to be an exciting formal journey that provided me with many moments of clear specific beauty. I am glad it was in the NEXT section and I think it exposed many people to a type of film that they didn’t even know could exist. Many resisted, but for those who gave into its own lyrical method, it was a rich, rewarding, utterly personal and unique experience. Films like Memphis give me hope that there are still maverick bold personal cinema dreamers out in the world, and not everyone in Indiewood has caved in to market demands to tone down the dark and ambiguous and pump up the soft, cute, sympathetic, and endearing. Kudos to Sundance for programming the film. Without a doubt it was the boldest film I encountered at Sundance 2014. 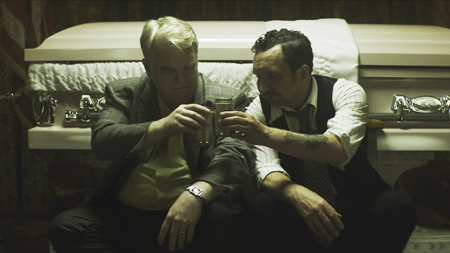 God’s Pocket (John Slattery, 87m) — Written by Slattery and Alex Metcalf, this was the first film I saw at Sundance (at its world premiere at the Eccles). I absolutely loved it and was shocked at first to hear the crushing negativity from most people. When I spoke to some who responded negatively to it, I asked them if they had ever read a Pete Dexter novel. They all said no; they didn’t even know who he was. For me, Pete Dexter is pretty dated in his style, characters and themes, but I really got into how perfectly rendered that Dexter tone was translated to the screen. Most people couldn’t deal with that strange, somewhat critical, somewhat absurdist approach set in a very realistic gritty, late 1960s working class neighborhood. Is it an absurd comedy of errors, is it a realistic story about simple-minded isolated thugs, is it a critical piece of social-realist fiction that attempts to both capture and criticize a particular economic urban subculture specific to that period in time? Can it be all of the above? For most people, I guess not, but I was happy that Slattery had successfully melded all those tonal shifts into an accurate depiction of the Dexter voice. For me, it was all held together by Susan Shopmaker’s inspired casting: every role was filled by an actor who made specific choices that seemed offbeat, honest, and completely captivating. I found it to be utterly entertaining and compared to most of the films at Sundance, in which ten minutes in you get their number and it’s a slow slag to the finish line, God’s Pocket kept me on my toes. 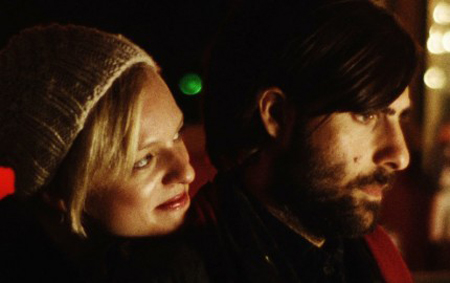 Listen Up Philip (Alex Ross Perry, 108m) — My two favorite films at the festival were both shot on 16mm film. The first was Low Down, shot by Chris Blauvelt. In Low Down, the film experience enhances the 1970s period feeling. In Listen Up Philip, Sean Price Williams boldy embraces the limits of the format and allows the image to propel the story into a self-conscious position that to some may distance the viewer but here, paired with the overt voice-over, serves to deepen the experience of the lead character’s quest to create and shape his own persona. This is an example of how a self-conscious first-person voice-over can enhance the complexity of the story and deepen our sense of the character, as opposed to how it is often used—for example, in the German film Wetlands—where the narration is there to provide our only source of inner character motivation. In Listen Up Philip, the main character’s voice-over is intended to cause you to bristle and push back; it encourages an active viewer to dialogue with and against the hero’s sense of self-importance. This was a cinematic rendering of a literary journey. It is narrative cinema at it’s finest and I can’t wait to see it again. 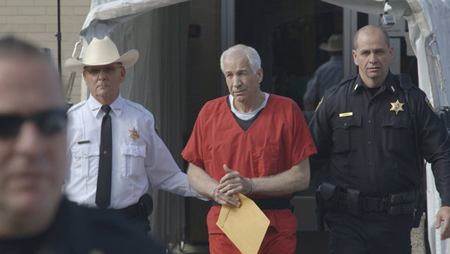 Happy Valley (Amir Bar-Lev, 100m) — As someone who absolutely loathes sports and the ‘culture’ surrounding it, this doc was right up my alley. Bar-Lev skillfully slips in and behind the giant Penn State pedophile scandal. Jerry Sandusky was the assistant coach who also ran a program for at risk youth, and for decades he sexually abused young boys he “befriended.” The hanky panky, or “shower horseplay” as it was described, was known to most, but when it was directly brought to attention of head coach and Penn State God Joe Paterno, he was forced to react. As in the cases within the Catholic church, reaction was muted and delayed, thus when Sandusky went to trial, Paterno and the administration was likewise directly tied to his guilt via their lack of reaction. What is so interesting about the film though is how we get to see how the town, Happy Valley, where Penn State is based, also deny and fight the smear against their hero Paterno. There are literally riots in the streets and fights at street corners if anyone dare run down the hero coach. The film basically shows the mindlessness of the mob mentality that craves a leader/hero and it demonstrates how sports facilitate the loss of self in favor of the feeling of crowd power. The relationship to how fascist leaders are put into power via this type of group think is clear when you see the reactions of fans to the presentation of facts. At first, I thought Bar-Lev’s film would make a great case for the campaign to ban sports in college, but then I thought maybe it’s best those base urges find an outlet, like football, in order to direct that energy away from the political sphere. If there were less sports, there might be more Tea Party members. Happy Valley is a very scary and insightful film.