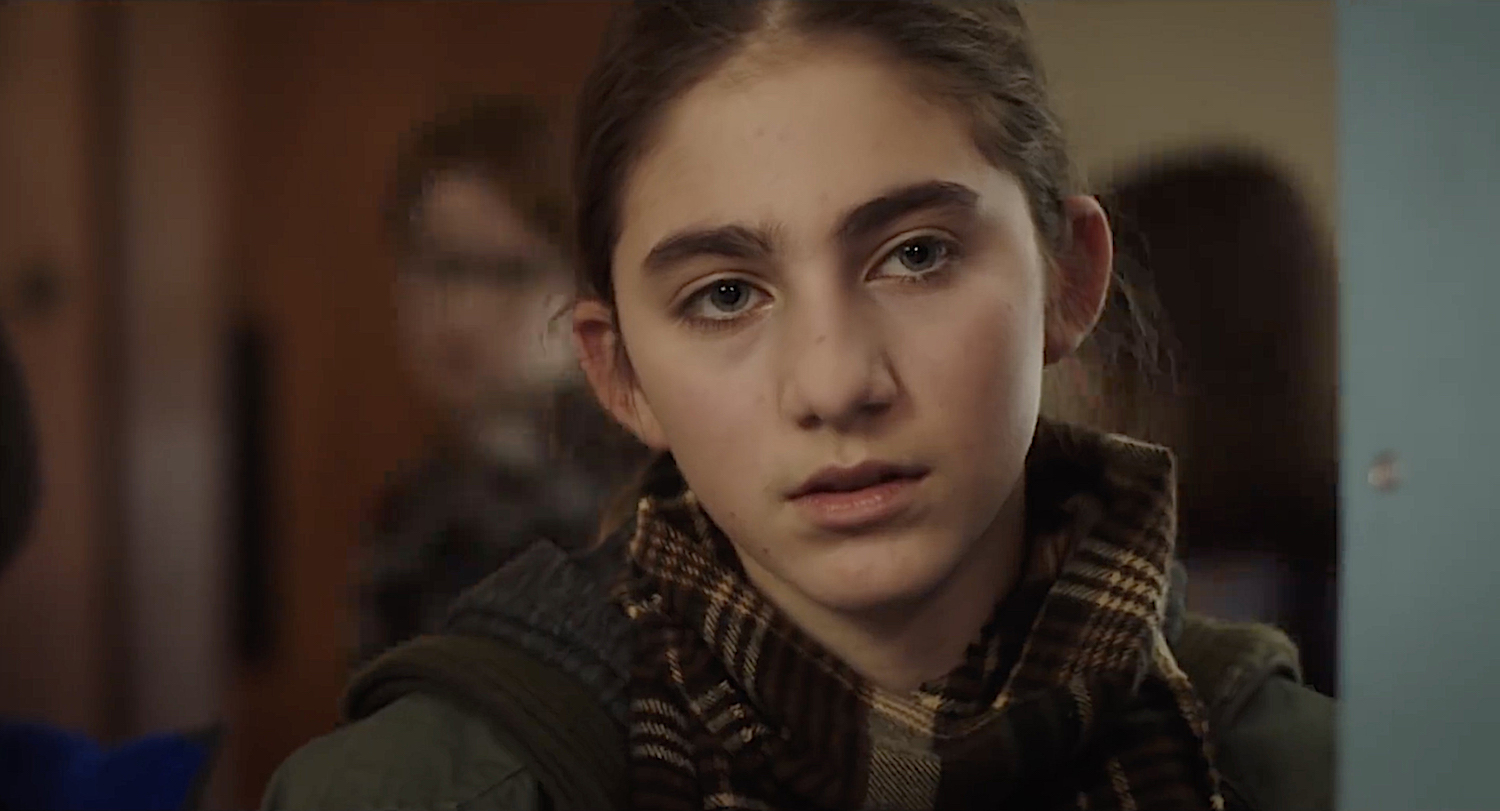 Sadie, the titular young heroine of Megan Griffiths’ disturbing new drama, desperately misses her father. She can’t understand why her mother won’t let him come home. At least, that’s her understanding of the situation, with all the attendant blame she therefore casts on mom. Dad is overseas, in the military, doing tour after tour of duty, out of sight but not of mind. Sadie’s letters to him – one of which opens the film – are filled with heartache and longing and a desire for some kind of escape from her bleak life in a trailer park. The question of just how far she will go to break out of her misery forms the dramatic spine of the film.

It’s not all bad, though. Sadie has a solid friend in next-door neighbor Francis. She’s white, he’s black; she’s also tall, thin and approaching womanhood, while he’s short, squat and still a boy (they’re in middle school, when girls and boys rapidly diverge). Still, they get along just fine. In fact, Sadie acts as something of a bodyguard, since Francis is frequently the victim of bullies, and she’s a tough cookie. Meanwhile, the nominal adults of the place are consumed with their own problems, both Rae (Sadie’s mom) and Carla (Francis’ mom) fixated on finding new men. When Cyrus, a former airline pilot fallen on hard times, moves in to the area, they both – despite being best friends – choose him as a potential mate. Trouble brews across generations.

Writer/director Griffiths (The Night Stalker) sketches her world with great specificity of visual detail and sparseness of dialogue, where the truth lies in what is left unsaid. Filmed in Everett, Washington, north of Seattle, the film is suffused with drab blues and greens, the omnipresent cloud cover always threatening precipitation. It’s a fitting setting for a story about emotional trauma about to burst forth from the dam of repression. Sadie is not just violent in response to those who attack Francis, but a time bomb of roiling need about to explode. Though I expected a harrowing finish, the conclusion, bitter as it is, still took me by surprise. I commend Griffiths for taking the risk to go that dark place, and also for leavening the gloom with occasional scenes of genuine humor.

The cast is superlative, led by the phenomenal Sophia Mitri Schloss (Lane 1974), as Sadie, who is ably supported by the equally fine Keith L. Williams (Lemon), as Francis. As Rae and Carla, Melanie Lynskey (Rainbow Time) and Danielle Brooks (Taystee on Netflix’s Orange Is the New Black) make us believe in their long friendship and occasionally fraught relationship with their respective kids. John Gallagher Jr. (10 Cloverfield Lane), as Cyrus, is alternatingly sweet and creepy, just what the part requires, and Tee Dennard, as Carla’s dad, hits the perfect avuncular note for a pleasant break in the overcharged atmosphere (I loved his jocular repartee with his daughter). All in all, then, and grim as it is, Sadie makes for a terrific viewing experience, filled with great writing, performances and cinematography.

*Editors Note: Megan Griffiths was a juror for our Spring 2016 Short Film Contest. Although the writer of this review, lead critic Chris Reed, was in no way involved with the contest, we reveal this disclosure to you, the readers.