(The 2017 SXSW Film Festival opened on March 10 and ran until March 18. HtN has you covered and GUARANTEE more coverage than any other site! Check out this review of Most Beautiful Island the winner of the Grand Jury Prize in the Narrative Feature Competition).

Winner of the Grand Jury Prize in the Narrative Feature Competition at the 2017 SXSW Film Festival, Most Beautiful Island  – the directorial debut of Spanish actress Ana Asensio (The Archive) – tells a haunting tale of desperation among a group of undocumented female immigrants in New York City. Asensio plays Luciana (pronounced with a Spanish “lisp” on the “c”), a woman about whom we know very little, other than that she left her home country after the death of a child. She works a variety of jobs, including that of nanny, costumed café hostess, and more at which we can only guess, harried at all of them. One day, a Russian friend of hers – equally as wretched as she, only with greater experience – asks Luciana to substitute for her at a mysterious evening event. All she will have to do is be there and look pretty. Nothing more. Somehow, given the circumstances, that seems unlikely.

It is the way in which the party both conforms to our worst fears and then far exceeds them that the true surprise of the movie lies. Both social drama and thriller, Most Beautiful Island is a breathtaking study in how expendable the vast hordes of humanity appear to certain segments of the ultra-rich population, nothing more than pawns in their twisted games. Asensio is mesmerizing in the lead, so frighteningly thin that we fear, right away, that she may not last the movie. And yet there is strength in her that props her up, a refusal to back down. After all, what else can she do? Asensio is also a fine visual director, plunging us into unsettling close-ups of cockroaches and spiders that remain with you long after the film is done.

The opening requires a certain patience, however, and faith in the SXSW jury that they did, indeed, know what they were doing, since it takes a while for Asensio to find her rhythm. The performances and camera work in the first 20 minutes (other than those creepy bugs) is less assured here, but perhaps we need this section to make what comes later resonate even more robustly. It could be a metaphor, intentional or not, for Luciana’s own fumbling despair which requires a crisis as a corrective before she can rise again, moving past the tragedy that sent her to the U.S. to begin with. Whatever the cause, or the reason, there is no question that the last half of the movie is powerful stuff, showcasing a new talent that we can only hope will deliver fierce cinematic goods like this for years to come. 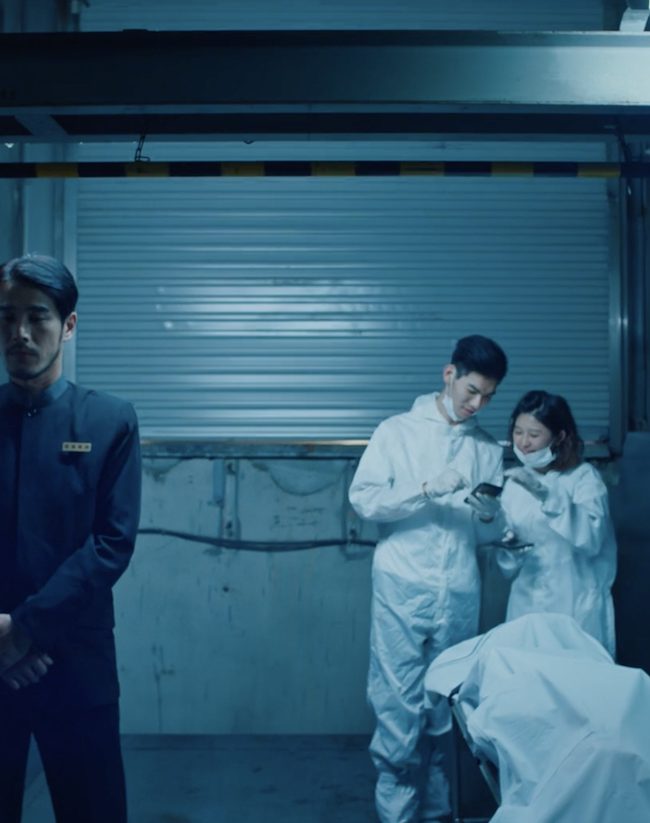