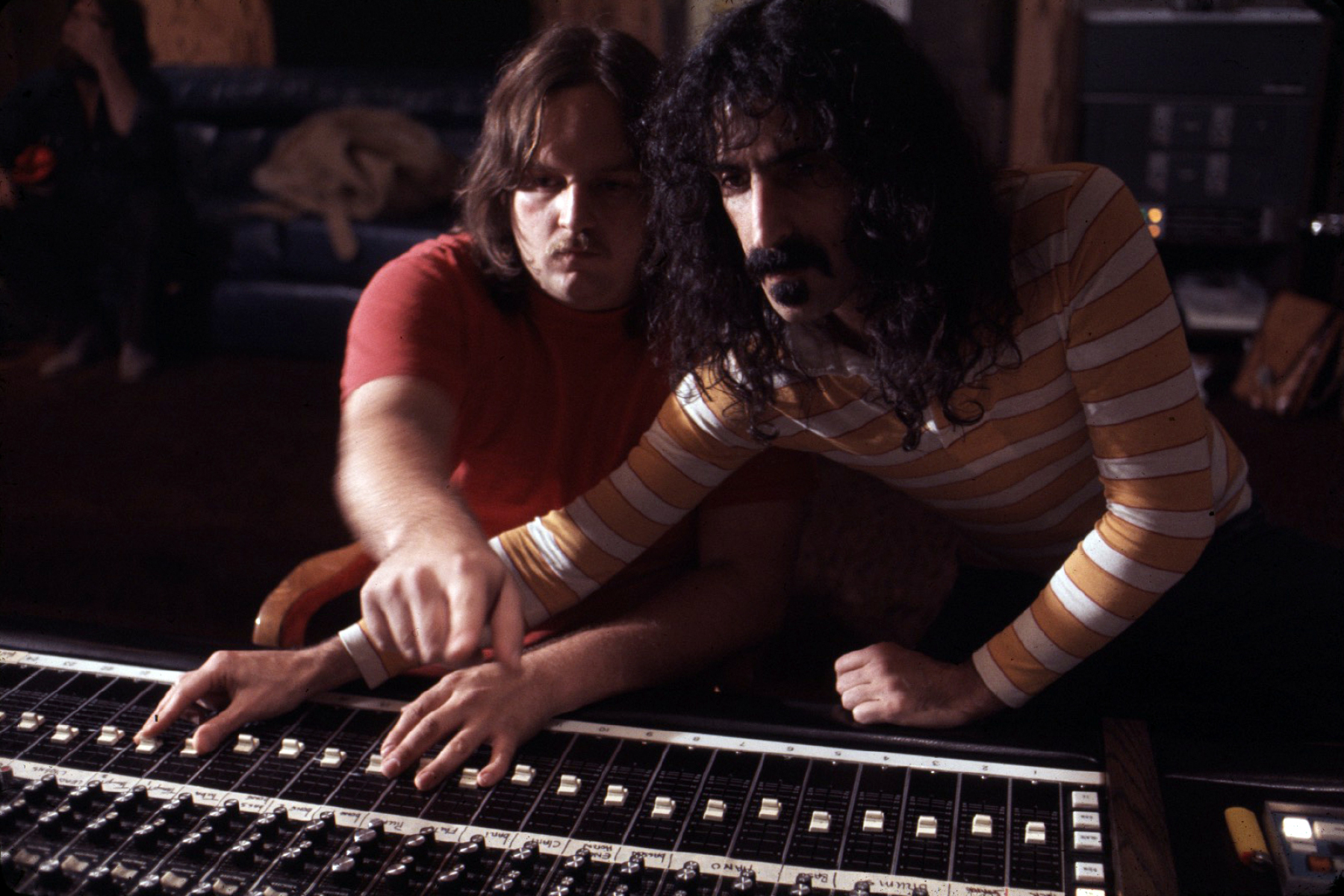 (Alex Winter’s second doc this year, Zappa, is available now on VOD via Magnolia Pictures. Like what you see here on Hammer to Nail? Why not give just $1.00 per month via Patreon to help keep us going?)

For most, Frank Zappa is a colorful mystery.  His public legacy as a musician/composer is a mix of mad genius, social commentary and communal pranksterism all funneled through a microphone and punctuated with an iconic mustache. People know of him, but rarely understand the contribution he brought, not just to music, but to western culture.

Variations on his story had been attempted before, but an authoritative exploration of his vast personal archive had never been done.  Enter Alex Winter, co-star of the Bill and Ted series, and an experienced documentary director in his own right. After gaining the wary trust of Frank’s widow Gail Zappa, Winter and his team set out on the Herculean task of filtering a lifetime of media elements, while attempting to humanly render an artist that has made a career out of defying definition.

Using a hugely successful Kickstarter as a springboard to fund the archival process, Winter’s team did a deep dive into the massive Zappa archive in Laurel Canyon and discovered some unbelievable treasures. Fueled by a titanic collage of unseen home movies, photographs, interviews and recordings, Zappa moves seamlessly between his home life, musical visions and political viewpoints.

Much like his 1989 autobiography The Real Frank Zappa Book, the film digs into his young life and the influence of friends, family and co-conspirators.  From wearing gas masks as a kid (his family lived near a mustard gas factory), to his early attempts at making films and recording music, the first act of Zappa uncovers the roots of his unfolding vision and creative focus.

Mixed in with the copious archival materials are a collection of candid interviews with family and fellow band members.  A multi-instrumentalist who ditched her aspirations of working in a traditional orchestra the first time she heard Frank’s music.  A horn player who performed with Frank for years, but only shook his hand once.  A wife who found family balance with a rock star, despite years of infidelity.  It’s a mix of admiration, intimidation and loving respect for a man who didn’t suffer fools and was loyal to his trusted allies.  At the same time, Zappa doesn’t completely escape his own shortcomings in these personal reflections.  His human frailty and self-centeredness are often part of the discussion.  That said, these conversations demonstrate the lasting impression that Zappa made on the people he spent the most time with, and add valuable context to his career and personality.

All throughout, Zappa’s rumbling baritone serves as the touch-point for most of the storytelling.  Whether he’s navigating an awkward interview or sorting through humorous personal details, it is his voice that guides and punctuates.

Of particular note is the editing of Mike J. Nichols, who inherited the task of winnowing mountains of Zappa footage into a guided cacophony of enveloping visuals, brilliant sound design and intimate storytelling.  It’s a fever dream of media mashups occasionally punctuated by giant rubber monsters that bleed into claymation of copulating hippies.  You feel the painstaking whimsy of Zappa’s creative line mirrored in the masterful assembly of his story.

As the film gains steam and comes full circle on his career, the scope of Zappa’s world expands beyond music. From his public stand in Congress against the puritanical censorship of the Parents Music Resource Center, through his elevation to cultural icon status during the Czech Republic’s Velvet Revolution, it’s clear that there is much more to him than meets the eye.

The final minutes of Zappa flash by like a life passing before the audience; a hallucination that grabs at the root of inspiration and the urgency of the creative need.  Cut short by cancer at the age of 52, Frank Zappa was otherwise consumed by creativity, productivity and a quest for musical revelation.

It’s that revelation that is best summed up by Ruth Underwood, who performed with Zappa and the Mothers of Invention on more than twenty recordings.  “You couldn’t say “that’s rock n roll” because it wasn’t.  It’s jazz.  No, it really wasn’t.  It’s pop music.  No, not at all.  Well, what the hell is it?  It’s Zappa.”